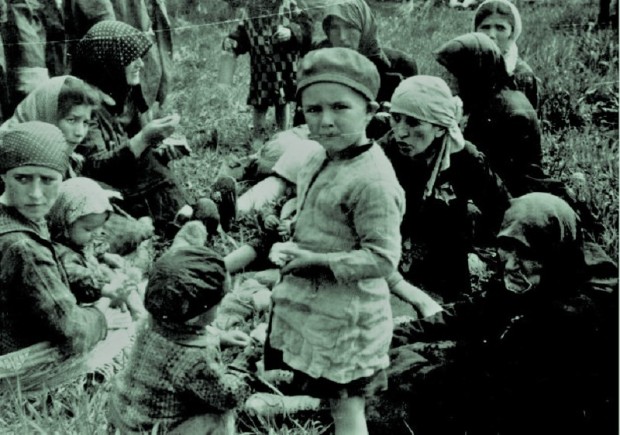 The title is a line from a song by Gary Moore and Phil Lynott called “Out in the Fields”. Although the song has nothing to do with the Holocaust, the particular line though I used for the title, was a reality for millions.

Millions who were murdered for no reason but hate and a warped sense of superiority by the perpetrators.

There is no way that we can compare any of the ways used to slaughter these innocent lives. All the manners of execution were unfathomable. Be it the executions of the Einsatzgruppen, or the use of dynamite to experiment more efficient ways of killing or any of the other ways.

One method of extermination  stands out above all others, and that  was the mass killing in the Gas chambers. It was believed for a long time that the victims died quickly , but in fact it could sometimes take…