The one thing that always puzzled me is why did the Nazi’s insist in having such a thorough administration?

If you are planning to eradicate millions, why document it? I just don’t understand the psyche of it. Of course the Nazi’s didn’t see “the final solution” as a crime but only a method of getting rid of “undesirables” in their society.

Traditionally Germans are known to do everything right and proper,it is still one of their characteristics nowadays. However unfortunately this attitude,(regardless how honourable it is), combined with the ideology of a leader with a warped mind it will result in pure devastation.

Below are some of the examples of the admin in Auschwitz-Birkenau.

A telegraom from Slovak railways from October 19, 1942 considering transit of Jews deported to KL Auschwitz through the border station in Zwardoń. 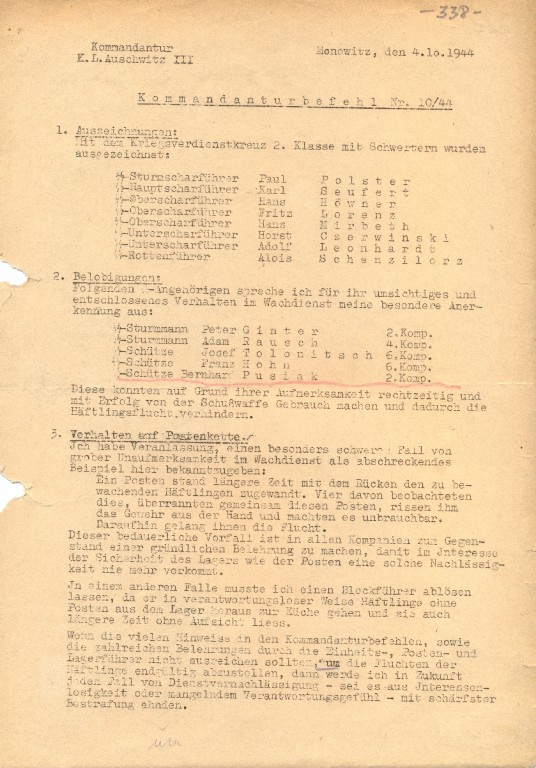 Below is the death certificate issued by the Politische Abteilung (camp Gestapo) for Auschwitz Concentration Camp prisoner Janusz Pogonowski. Prisoner no. 253, Pogonowski (who went by the name “Skrzetuski” in the camp) arrived on the first transport of political prisoners from the prison in Tarnów on June 14, 1940.

He was an active member of the underground camp resistance. He was hanged during a public execution, along with eleven other prisoners from the surveyors labor detail, on July 19, 1943. This was a reprisal for the escape of four prisoners from this labor detail and for contacts with civilians outside the camp.

His heroic behavior at the time of his execution remained etched in the memory of the prisoners. Without waiting for camp commandant Rudolf Höss to finish reading out the sentence, Janusz Pogonowski kicked the stool out from under his feet and hanged himself. He was 21. The certificate “reason of death-sudden heart attack”

Lists of numbers of prisoners who died in KL Auschwitz. gathered in 4 books. The lists contain: date, serial number, prisoner’s camp number, number of block from where the body was brought and a signature of the prisoner recording the data. 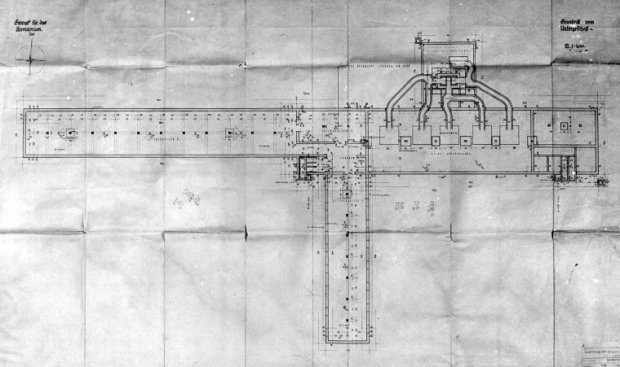