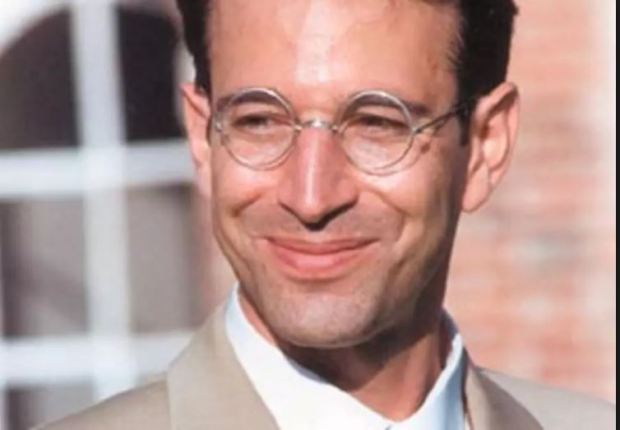 I don’t get shocked easily but the murder of Daniel Pearl shocked me and had a profound effect on me, why I don’t know, meaning he was not the first one to die by Al-Qaeda terrorists and he wasn’t the last either. But it did touch me.

Daniel Pearl (October 10, 1963 – February 1, 2002) was a journalist for The Wall Street Journal with American and Israeli citizenship. He was kidnapped by terrorists and later murdered in Pakistan.

The Pearls settled in Mumbai, India after Daniel Pearl was made Southeast Asia bureau chief of The Wall Street Journal. They traveled to Karachi, Pakistan, which he used as a base for reporting on the United States’ War on Terrorism following the 9/11 attacks by Al-Qaeda terrorists in 2001 in the United States. 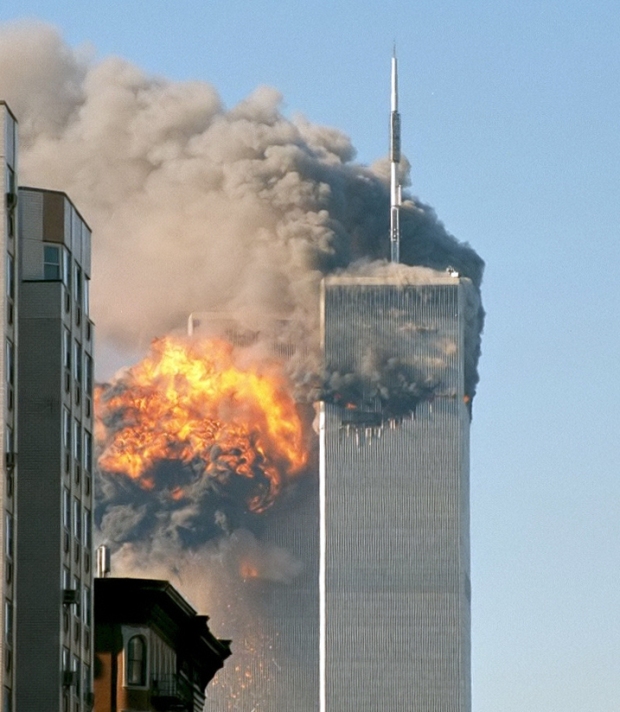 On January 23, 2002, on his way to what he thought was an interview with Sheikh Mubarak Ali Gilani at the Village Restaurant in downtown Karachi, Pearl was kidnapped near the Metropole Hotel at 7:00 p.m. by a militant group calling itself the National Movement for the Restoration of Pakistani Sovereignty. The group claimed Pearl was a spy and—using a Hotmail e-mail address—sent the United States a range of demands, including the freeing of all Pakistani terror detainees, and the release of a halted U.S. shipment of F-16 fighter jets to the Pakistani government.

We give you one more day if America will not meet our demands we will kill Daniel. Then this cycle will continue and no American journalist could enter Pakistan.

Photos of Pearl handcuffed with a gun at his head and holding up a newspaper were attached. The group did not respond to public pleas for release of the journalist by his editor and his wife Mariane. United States and Pakistani intelligence forces tried to track down the kidnappers.

Nine days later, the terrorists killed Pearl by beheading. On May 16, his severed head and decomposed body were found cut into ten pieces, and buried, along with an identifying jacket, in a shallow grave at Gadap, about 30 miles (48 km) north of Karachi.When the police found Pearl’s remains, Abdul Sattar Edhi, one of the most active philanthropists in Pakistan, arrived on the scene. He collected all ten body parts, and took them to the morgue. He helped ensure that Pearl’s remains were returned to the U.S. Pearl was interred in the Mount Sinai Memorial Park Cemetery in Los Angeles.

A lot of video and photographic footage of his murder or the moments prior to his murder, has been released over the years, but I will not put any of that in this blog.

Suffice to note he died doing his job, he died a real Hero. Nowadays the buzzword tjat is used a lot is ‘Fake News’ but journalists like Daniel Pearl risks their lives every day to uncover the truth, while politicians only criticize them when the odd time they get it wrong. We should cherish and honour those like Daniel.

Dear sir I salute you.

It is hard to believe that it has already been 8 years to the day since Obama Bin Laden was killed.

He was killed on May 2, 2011, by American military and C.I.A. operatives who tracked him to a compound in Pakistan.

President Obama announced the death in a televised address to the nation from Washington, where it was still late on the night of May 1. “Justice has been done,” he declared.

The United States had been trying to kill or capture Bin Laden since it launched an invasion of Afghanistan in November 2001. The next month, he escaped from American and Afghan troops at an Afghan mountain redoubt called Tora Bora, near the border with Pakistan. For more than nine years afterward, he remained an elusive, shadowy figure frustratingly beyond the grasp of his pursuers and thought to be hiding somewhere in Pakistan’s remote tribal areas and plotting new attacks.

When he was hunted down, Bin Laden was killed not in the wilderness but rather in the city of Abbottadad, about an hour’s drive drive north of the capital of Islamabad, raising anew questions about whether the Pakistani intelligence services had played a role in harboring him.

The official mission code name was Operation Neptune Spear. Neptune’s spear is the trident, which appears on the U.S. Navy’s Special Warfare insignia, with the three prongs of the trident representing the operational capacity of SEALs on sea, air and land.

Behind the raid that killed Bin Laden lay years of intelligence work.  The turning point came in July 2010, when Pakistanis working for the Central Intelligence Agency drove up behind a white Suzuki navigating the bustling streets near Peshawar and wrote down the car’s license plate.

The man in the car was Bin Laden’s most trusted courier, and over the next month C.I.A. operatives would track him throughout central Pakistan. Ultimately he led them to a sprawling compound at the end of a long dirt road and surrounded by tall security fences in the wealthy hamlet 35 miles from Islamabad.

On a moonless night eight months later, 79 American commandos in four helicopters descended on the compound. Shots rang out. A helicopter stalled and would not take off. Pakistani authorities, kept in the dark by their allies in Washington, scrambled forces as the American commandos rushed to finish their mission and leave before a confrontation. Of the five dead, one was a tall, bearded man with a bloodied face and a bullet in his head. A member of the Navy Seals snapped his picture with a camera and uploaded it to analysts who fed it into a facial recognition program.

According to the later account, when the Seals reached the compound, they were immediately fired upon by Bin Laden’s trusted courier, Abu Ahmed al-Kuwaiti. 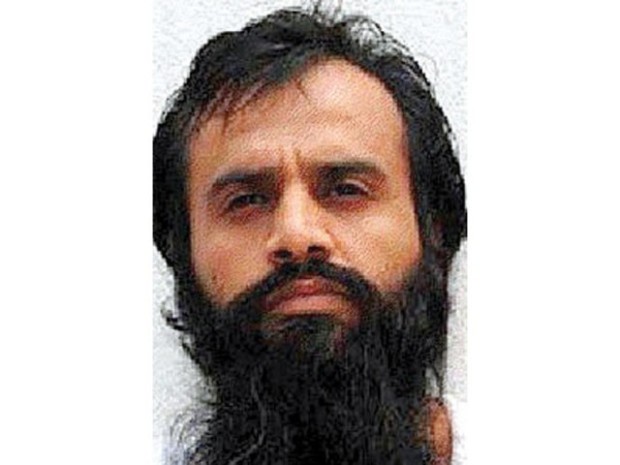 The SEALs encountered bin Laden on the third floor of the main building.Bin Laden was “wearing the local loose-fitting tunic and pants known as a kurta paijama“, which were later found to have €500 and two phone numbers sewn into the fabric.

Bin Laden peered through his bedroom door at the Americans advancing up the stairs, and then retreated into the room as the lead SEAL fired a shot at him, which either missed or hit him in the side. Robert O’Neill, who later publicly identified himself as the SEAL who shot bin Laden,rolled through the door and confronted bin Laden inside the bedroom.

Seymour Hersh reports that, according to his sources, bin Laden was found cowering and shot dead

The commandos killed him and a woman with him. When the Seals moved into the main house, they saw the courier’s brother, who they believed was preparing to fire a weapon. They shot and killed him. Then, as they made their way up the stairs of the house, officials said they killed Bin Laden’s son Khalid as he lunged toward the Seal team.

When the commandos reached the top floor, they entered a room and saw Osama bin Laden with an AK-47 and a Makarov pistol in arm’s reach. They shot and killed him, as well as wounding a woman with him.

And just like that, history’s most expansive, expensive and exasperating manhunt was over. The inert frame of Bin Laden, America’s enemy No. 1, was placed in a helicopter for burial at sea, never to be seen or feared again.

According to U.S. officials, bin Laden was buried at sea because no country would accept his remains. Before disposing of the body, the U.S. called the Saudi government, who approved of burying the body in the ocean.Muslim religious rites were performed aboard Carl Vinson in the North Arabian Sea within 24 hours of bin Laden’s death.

The claims that O’Neill killed bin Laden came on October 5, 2014, in anticipation of a Fox News special called The Man Who Killed Osama bin Laden,which was expected to reveal his identity and details of the mission Operation Neptune Spear. He had previously been interviewed anonymously in an Esquire magazine article in February 2013.

A critical tenant of our ethos is “I do not advertise the nature of my work, nor seek recognition for my actions