It’s hard to believe that it has already been 33 years  ago since the Challenger disaster happened. I still remember it as if it was yesterday.

One thing that I hadn’t thought of was that there was a group of children watching while their Teacher died. Looking back it make sense of course that the pupils of Christa McAuliffe would watch the launch of the Space shuttle since their teacher was on board.

37-year-old Christa McAuliffe was a social studies teacher at Concord High School in New Hampshire. She was selected as a civilian and NASA’s first educator in space through the Teacher in Space Project, designed to generate publicity and inspire kids to reach for the stars. She was even going to teach a few lessons while in space. 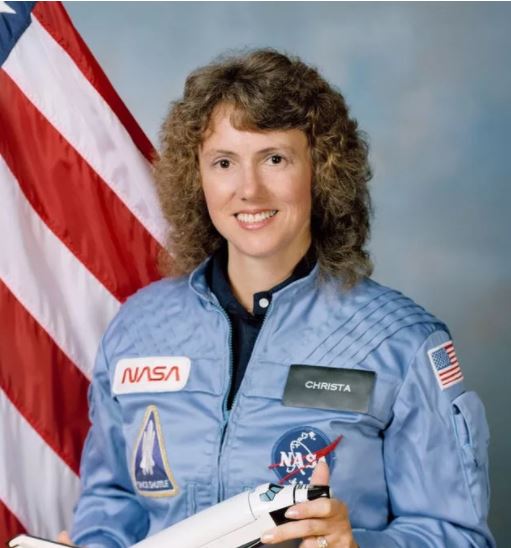 At 11:38 a.m. EST, on January 28, 1986, the space shuttle Challenger lifts off from Cape Canaveral, Florida, and Christa McAuliffe is on her way to becoming the first ordinary U.S. civilian to travel into space. McAuliffe, a 37-year-old high school social studies teacher from New Hampshire, won a competition that earned her a place among the seven-member crew of the Challenger. She underwent months of shuttle training but then, beginning January 23, was forced to wait six long days as the Challenger‘s launch countdown was repeatedly delayed because of weather and technical problems. Finally, on January 28, the shuttle lifted off.

The mission, dubbed Challenger’s STS-51L, marked pilot Mike Smith’s first spaceflight. Just before NASA lost telemetric contact with the shuttle, the crew’s voice recorder captured Smith saying “Uh-oh,” which proves that at least one member of the crew was aware something was going wrong with the launch before the actual explosion.

Seventy-three seconds later, hundreds on the ground, including Christa’s family, stared in disbelief as the shuttle broke up in a forking plume of smoke and fire. Millions more watched the wrenching tragedy unfold on live television. There were no survivors.

May they rest in peace and may their souls be like stars shining at night.