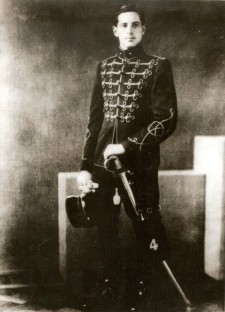 George John Lionel Maduro (15 July 1916 – 8 February 1945) was a Dutch law student who served as an officer in the 1940 Battle of the Netherlands and distinguished himself in repelling the German attack on The Hague. He was posthumously awarded the medal of Knight 4th-class of the Military Order of William, the highest and oldest military decoration in the Kingdom of the Netherlands.

The miniature city of Madurodam is named after him, as well as the Maduroplein area in Scheveningen, in The Hague.

George John Lionel Maduro was born on 15 July 1916 in Willemstad in the Dutch colony Curaçao . He was the only son of Joshua and Rebecca Maduro, a couple of Sephardic Jewish descent.

Maduro was 23 and a law student at Leiden University when Germany invaded The Netherlands on 10 May 1940. By a royal order on 21 November 1939 Maduro had been previously appointed to second-lieutenant-reserve in the Dutch Cavalry.

In the Battle of the Netherlands he was quartered with the Dutch Hussars in The Hague as a reserve officer. 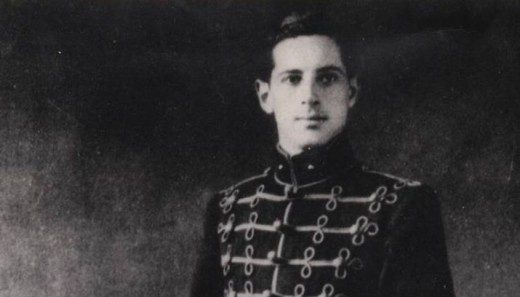 Under his command German ground troops stationed in Rijswijk were defeated and parachutists were captured.

On 15 May 1940, upon the capitulation of the Dutch military, Maduro was captured by German troops and jailed in the Oranje Hotel in Scheveningen.

When he was released a half year later, the German occupation forces had required that all Jews wear the Star of David.

Maduro refused to do so and joined the resistance movement. He became active in smuggling Allied pilots into the United Kingdom via Spain. After much success Maduro was eventually captured by Nazi forces and placed in jail again.

After a daring escape he rejoined the Dutch resistance but was ultimately betrayed by a Belgian collaborator and captured again, this time by the German Gestapo, who jailed him first at Saarbrücken, and then transferred him to the Dachau concentration camp. In February 1945, barely three months prior to the liberation of the camp by American troops, Maduro died of typhus. It is presumed that he is buried in the cemetery of the camp.

He is the only Dutch person of Antillian descent to have been awarded the Knight 4th-class of the Military Order of William, which was awarded posthumously.

After World War II, Maduro’s parents donated the initial capital necessary to build Madurodam, a miniature city that opened in 1952 and which they meant to serve as a memorial in George’s honor, their only son. In 1993, a scale model of Maduro’s birthplace in Curaçao was built in the park.