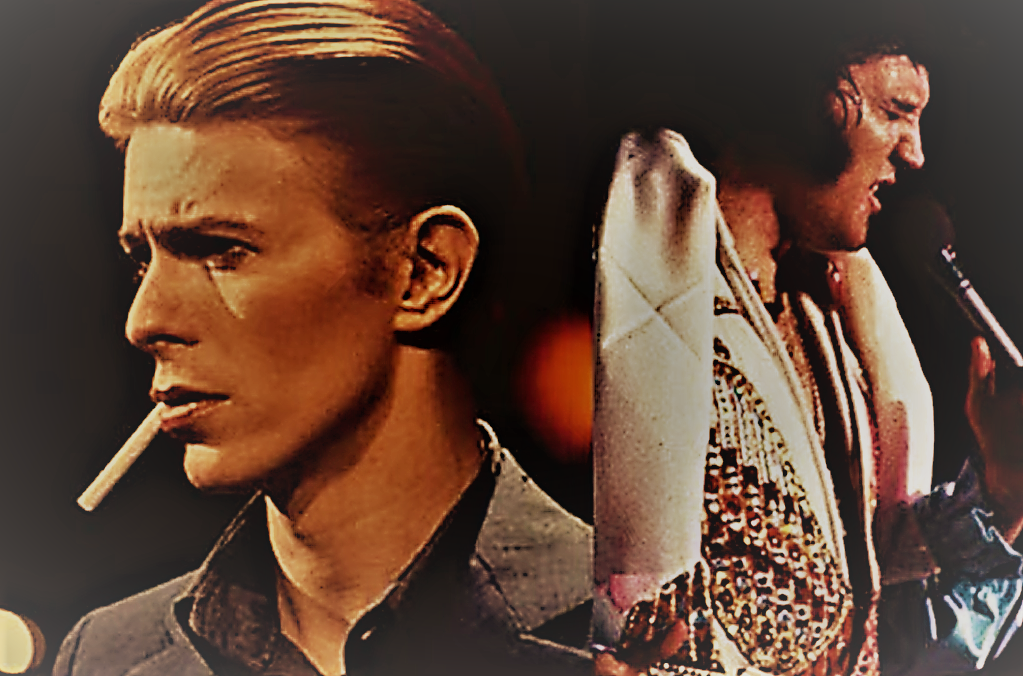 January 8 is a significant date in music history. On this day 3 musical legends and Icons were born.

I wont’t go too much into their lives because there is very little I can add.

Aside from being tow extraordinary artists , there is another connection to these 2 musical giants.

In 1960 Elvis released a country and western style song called “Dark Star” and it was to be used in a  Western. However the song title was changed to Flaming Star. It is not clear to me why it was changed.

Like most children of the 1950s and indeed later decades , David Bowie considered Elvis a mythical figure. The two men  who would go on to share a record label, RCA, in the 1970s, also happened to be born on the same day. “I couldn’t believe it,” David  Bowie said. “He was a major hero of mine. And I was probably stupid enough to believe that having the same birthday as him actually meant something”

On January 8 2016, on David Bowie’s 69th Birthday and 2 days before his death he released his last album, and I nearly would day his best album, titled Black Star.

The title of that album was aed back to Elvis. by the philosopher Simon Critchley, whose book “Bowie” was released in 2014,  He pointed to the rare Elvis song “Black Star,”

Maybe it was David Bowie’s tribute to Elvis.

These are the lyrics of the Elvis song. They are very poignant.

Every man has a black star
A black star over his shoulder
And when a man sees his black star
He knows his time, his time has come