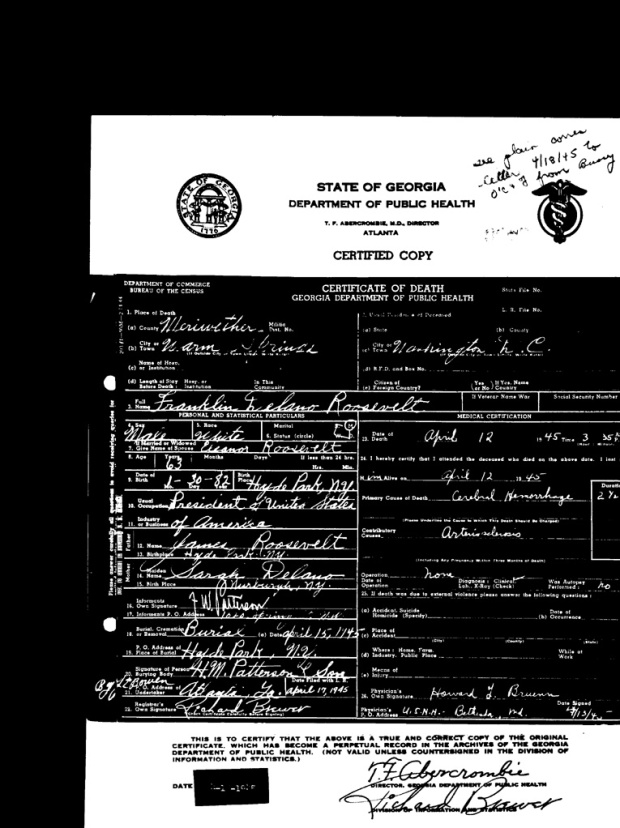 On April 12, 1945, Franklin D. Roosevelt died of a cerebral hemorrhage in his cottage in Warm Springs, Georgia at 3:35 pm. The President was 63 and serving his fourth term. Vice President Harry Truman took the Presidential Oath of Office at 7:09 pm in the Cabinet Room in the White House. 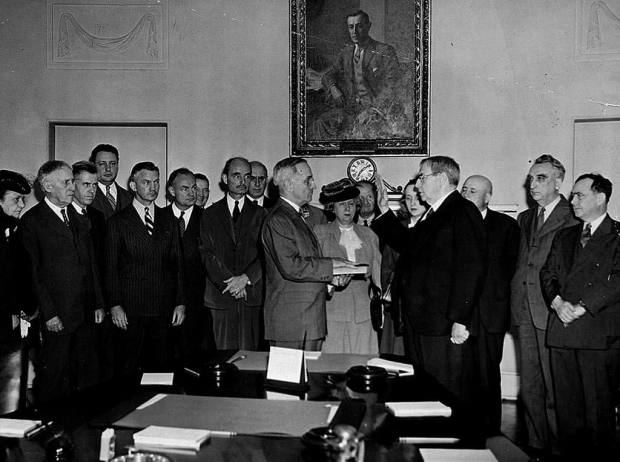 On March 29, 1945, Roosevelt went to the Little White House at Warm Springs, to rest before his anticipated appearance at the founding conference of the United Nations. On the afternoon of April 12, Roosevelt said, “I have a terrific headache.” He then slumped forward in his chair, unconscious, and was carried into his bedroom. 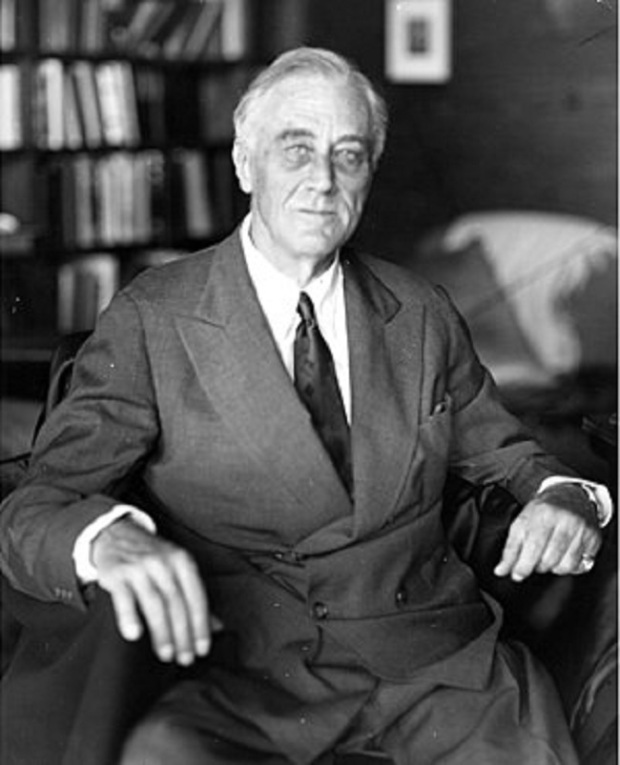 The president’s attending cardiologist, Dr. Howard Bruenn, diagnosed the medical emergency as a massive cerebral hemorrhage.At 3:35 p.m. that day, Roosevelt died at the age of 63. An editorial by The New York Times declared, “Men will thank God on their knees a hundred years from now that Franklin D. Roosevelt was in the White House.”

On the morning of April 13, Roosevelt’s body was placed in a flag-draped coffin and loaded onto the presidential train for the trip back to Washington. 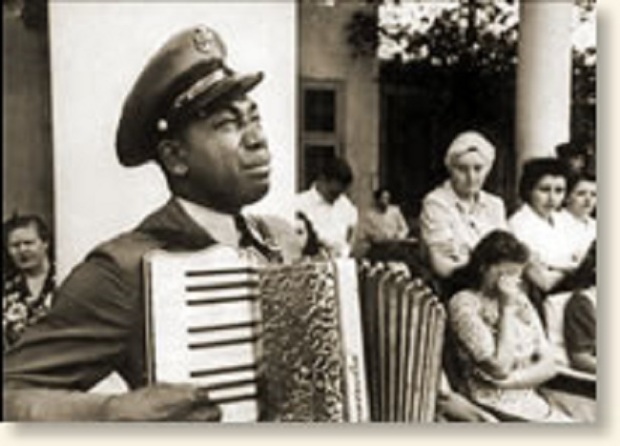 Along the route, thousands flocked to the tracks to pay their respects. After a White House funeral on April 14, Roosevelt was transported by train from Washington, D.C., to his place of birth at Hyde Park. As was his wish, Roosevelt was buried on April 15 in the Rose Garden of his Springwood estate. 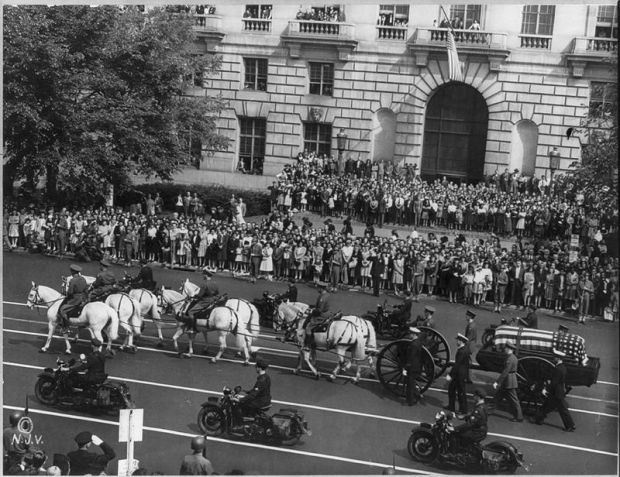