One of the most disturbing aspects of the Holocaust is the ‘wholesale murder’ approach the Nazis took, the industrialization of death.

The gassing already started in 1939 as part of the T4 program, the murder of the disabled, what really is sickening is the fact that the first of such killings was on request by parents of a severely disabled child.

But the T4 murders were relatively small scale, for lack of a better word, compared to the gassings that took place in Auschwitz, Chelmno, Sobibor and the other extermination camps.

The gassing was kind of suggested to be a humane way of killing. But there was nothing humane about it. It was only humane for the perpetrators. After the June 1941 German invasion of the Soviet Union and Einsatzgruppe mass shootings of civilians, the Nazis experimented with gas vans for mass killing. Gas vans were hermetically sealed trucks with engine exhaust diverted to the interior compartment. Use of gas vans began after Einsatzgruppe members complained of battle fatigue and mental anguish caused by shooting large numbers of women and children. Gassing also proved to be more effective and cheaper.

On October 24, 1980, Lesław Dyrcz, a student from the Brynek Forestry Vocational School, found a leather briefcase buried at about 40 centimeters deep in the ground while clearing the area around Birkenau crematorium III of stub and roots. Inside the briefcase was a thermos liner which had belonged to Marcel Nadjari. a Jewish Greek

In November 1944, two months before the liberation of the camp, Nadjari had buried a twelve-page manuscript written in Greek on November 3 on pages taken from a notebook, in which he described his observations of Auschwitz

In his manuscript, he writes: I want to live, to revenge the deaths of Dad and Mum, and that of my beloved little sister Nelly.

Below are some notes of his manuscript.

“Our work was first to welcome them. Most didn’t know their fate. The laughed or cried. They were told they were going to take a shower and they went clueless to [their] death. To date, my dear ones, I don’t tell them they they are going for a shower, although I can lie to them, I only told them that I didn’t understand the language they spoke, and to the comrades, men and women, that I realised were doomed I told the truth.”

“Almost every time they kill, I wonder if there is a God and yet I have always believed in Him and still believe that God wants it, let His will be.”

“Often I thought of going in with the others, to put an end to this. But always revenge prevented me doing so. I wanted and want to live, to avenge the death of Dad, Mum and my dear little sister,”

“The crematorium is a big building with a wide chimney and 15 ovens. Under a garden there are two enormous cellars. One is where people undress and the other is the death chamber. People enter it naked and once about 3,000 are inside it is locked and they are gassed. After six or seven minutes of suffering they die,”

“The gas canisters were always delivered in a German Red Cross vehicle with two SS men. They then dropped the gas through openings – and half an hour later our work began. We dragged the bodies of those innocent women and children to the lift, which took them to the ovens.”

After the war he got married and in 1951 moved to New York. He already had a one-year-old son, and in 1957 his wife Rosa gave birth to a girl, whom they named Nelli – after Marcel’s beloved murdered sister.

Recently I heard this bizarre debate on how humane the killing with Zyklon B was. It was so much better then being executed. Fortunately the site where this was debated on was taken down ,unfortunately I didn’t take note of the names.

In case if any one is wondering if the killing with Zyklon B gas was humane, let me please destroy that notion. Firstly it wasn’t an instant death, there were some instance  where it would take up to 30 minutes to die from it in a very painful way.

The picture above shows 2 soldiers demonstrating how to avoid the leaking of Zyklon B from the gas chambers by applying mud and loam soil to the chinks of the door.

You can also see they are wearing Gas masks. These are not German soldiers but Soviet soldiers after the liberation by the Soviet army in July 1944. Demonstrating how to avoid the leaking, the fact that they had to wear a gas mask while they were outside of the gas chambers says enough.

There are so many myths about the gas chambers but let me dispel them. Many still say there were no Gas chambers, but in fact there were.There are eyewitness reports of those who were assigned to remove the bodies from the gas chambers. On top of that there are plenty of Nazi documents and blue prints describing how the gas chambers worked and also how the ventilation worked to clear the gas fumes.

I know there will be people who will react to this blog, trying to convince me that the Gas chambers were a myth, while it is them telling the myth of non existing gas chambers.It is actually a shame that I have to put this in the blog, but such is the situation that holocaust deniers, although it is deemed a criminal offence in many countries,  are hardly ever  prosecuted.

Another myth is one that was created by the Nazis themselves, according to them and especially this was the most humane way for the extermination. I suppose they said this to reconcile the atrocities with their conscience.

The reason why the gas chambers were the preferred way of mass murder was to lessen the burden on the SS and Wehrmacht. Prior to the gas chambers the victims were executed by firing squads, they even tried dynamite to kill Jews,ethic Polish people and others. This had become a to big of burden on the troops morale, and it just took too long and was to expensive.

It was when Karl Fritzsch started using it on Russian prisoners of war, the Nazis found the perfect weapon of mass destruction.

Some people believe that although it was horrible,at least it was reasonably painless and quick death, but nothing could be further from the truth.

There was a massive variation in relation to the time it took for people to die. It would often depend on the physical strength of a victim and the actual place they were in the gas chamber.

According to Oscar Groening during his trial, it could take sometimes more then 30 minutes for the victims to die. He also said “The brain and heart are attacked first… It begins with a stinging chest and epileptic seizures”

Those standing near the shafts where the Zyklon B was dispatched ,died almost instantly, the old, the sick and young children also died a quicker death.As did those who panicked and screamed. But for those who were reasonably healthy and stood further away from the Zyklon B, the dying could be prolonged for close to half an hour.

Later on they had to become more efficient with the gassing because of the increased transports of victims to the various death camps, the gassing had to be done in 10 minutes. I presume they used higher amounts of Zyklon b to accomplish this.

After the Gas chambers were opened ,once the gassing was finished, the bodies were retrieved they would be smeared with excrement, vomit and blood.They were transported to the various crematoria.

I know this may be a very clinical summary of the dying in the gas chambers, but that is the only way I can do it. Once emotion gets involved I actually feel physically sick. That’s why I also understand that some of you might find it hard to read this blog. But I feel it is so important to dispel the myth of the ‘easy’ death in the Gas chambers. 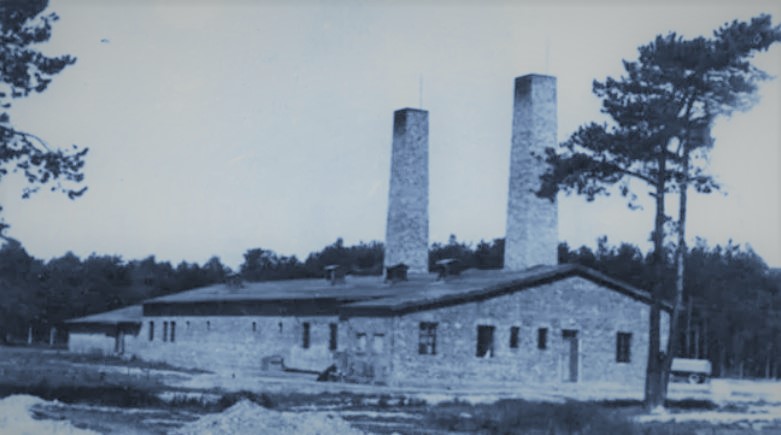