Music legend Glenn Miller’s plane vanished over the Channel without a trace on December 15 1944.

On the day he went missing, Dec. 15, 1944, Miller, an Army major, is believed to have boarded a UC-64A Norseman in Bedfordshire, England, as a passenger. The plane was bound for France, where Miller was planning a performance for Allied troops.

Miller spent the last night before his disappearance at Milton Ernest Hall, near Bedford. On December 15, 1944, he was to fly from the United Kingdom to Paris, France, to make arrangements to move his entire band there in the near future. His plane, a single-engined UC-64 Norseman, USAAF serial 44-70285, departed from RAF Twinwood Farm in Clapham, on the outskirts of Bedford and disappeared while flying over the English Channel.There were two others on board the plane: Lt. Col. Norman Baessell and pilot John Morgan.

The wreckage of Miller’s plane was never found. His official military status remains Missing in Action..

However there have been several theories.

Conspiracy theories abound that he was assassinated  by German agents.

Another theory — one that’s more widely accepted — is that the plane Miller was flying in was destroyed by friendly fire. That theory was first proposed in the 1980s as intriguing evidence about the Norseman plane came to light. It was discovered that 138 planes returning from an aborted Allies bombing raid disposed of their bombs over the English Channel, and the theory is that one hit Miller’s plane, causing it to crash.

A 2014 article in the Chicago Tribune reported that, despite many theories that had been proposed, Miller’s plane crashed because it had a faulty carburetor. The plane’s engine had a type of carburetor that was known to be defective in cold weather and had a history of causing crashes in other aircraft by icing up.The theory that the plane was hit by a bomb jettisoned by Allied planes returning from an aborted bombing raid on Germany is discredited by the log of a plane-spotter that implies that the plane was heading in a direction that would avoid the zone where such bombs were jettisoned.

When Miller disappeared, he left behind his wife, the former Helen Burger, originally from Boulder, Colorado, and the two children they had adopted in 1943 and 1944, Steven and Jonnie. In February 1945, Helen Miller accepted the Bronze Star medal for Miller. 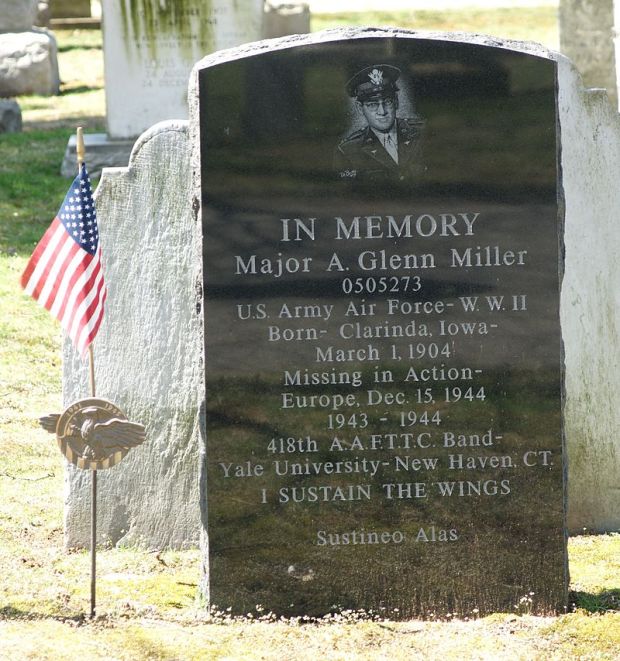 Ending the blog with one of his many wonderful tunes.

It wasn’t all death and destruction during WWII. Music did play an important role to boost the morale of the troops but also of the citizens in the war torn countries.When ever(how little that was) they would hear some music it would lift their spirits and gave them some strength to carry on.

This is dedicated to the music of Glen Miller, a mystery himself.

Miller spent the last night before his disappearance at Milton Ernest Hall, near Bedford. On December 15, 1944, Miller was to fly from the United Kingdom to Paris, France, to make arrangements to move his entire band there in the near future. His plane, a single-engined UC-64 Norseman, USAAF serial 44-70285, departed from RAF Twinwood Farm in Clapham, on the outskirts of Bedford and disappeared while flying over the English Channel.

Never to be seen again, his disapearance was never solved 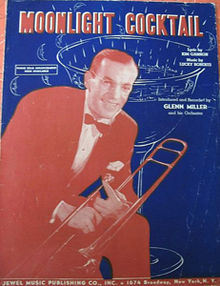