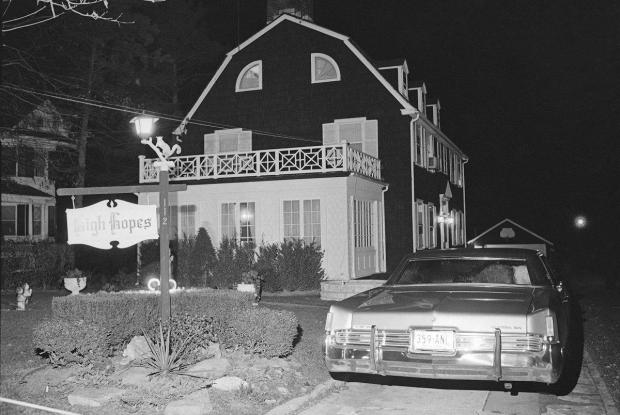 Ronald Joseph “Butch” DeFeo Jr. (born September 26, 1951) is an American mass murderer. He was tried and convicted for the 1974 killings of his father, mother, two brothers, and two sisters. The case inspired the book and film versions of The Amityville Horror.

DeFeo’s trial began on October 14, 1975. He and his defense lawyer William Weber mounted an affirmative defense of insanity, with DeFeo claiming that he killed his family in self-defense because he heard their voices plotting against him. The insanity plea was supported by the psychiatrist for the defense, Dr. Daniel Schwartz. The psychiatrist for the prosecution, Dr. Harold Zolan, maintained that although DeFeo was an abuser of heroin and LSD, he had antisocial personality disorder and was aware of his actions at the time of the crime.

The book, purportedly based on a true story, describes the house at 112 Ocean Avenue as remaining empty for 13 months after the DeFeo murders. In December 1975, George and Kathleen Lutz bought the house for what was considered to be a bargain price of $80,000. The five-bedroom house was built in Dutch Colonial style and had a distinctive gambrel roof. It also had a swimming pool and a boathouse, as it was located on a canal.

George and Kathy married in July 1975 and each had their own homes, but they wanted to start fresh with a new property. Kathy had three children from a previous marriage: Daniel, 9, Christopher, 7, and Melissa (Missy), 5. They also owned a crossbreed Malamute/Labrador dog named Harry. During their first inspection of the house, the real estate broker told them about the DeFeo murders and asked if this would affect their decision. After discussing the matter, they decided that it was not a problem.

Ronald DeFeo Jr. shot  them all with a .35 Marlin rifle and each victim was found face down in their beds inside the home. DeFeo Jr., who was 23 years old at the time, was convicted on six counts of second-degree murder in November 1975.

The murders have gone on to inspire several books and movies like “The Amityville Horror,” which tells the story of the Lutz family who moved into the home 13 months after the murders. They left the house 28 days later, claiming they were haunted by paranormal activity.

On the anniversary of the start of DeFeo’s trial, here are somethings you may not know about those 1974 killings in Amityville.

The Lutz family claimed George Lutz woke up around this time every morning when they moved into the home. He would go out and check the boathouse at the same time DeFeo carried out his murders.

After the murders, DeFeo went into Henry’s Bar in Amityville where he shouted for help and claimed someone had shot his parent,He then returned to the home with a group of people where the bodies of his family members were found.

Police were then notified and eventually DeFeo confessed after authorities grew suspicious of his account of what happened.

Why DeFeo decided to kill is family remains unclear.

he asked police what he needed to do to get his hands on his father’s policy.Of course, there’s also the highly talked about idea that some kind of force inside the house made him do it, which played a big part in the horror movies and the Lutz’s story.

The Lutz family moved in December 19, 1975.[a] Much of the DeFeo family’s furniture was still in the house, because it was included for $400 as part of the deal.[3] A friend of George Lutz learned about the history of the house, and insisted on having it blessed. At the time, George was a non-practicing Methodist and had no experience of what this would entail. Kathy was a non-practicing Catholic and explained the process. George knew a Catholic priest named Father Ray who agreed to carry out the house blessing.

Some of the experiences of the Lutz family at the house are described in the book as follows:

By mid-January 1976, after another attempt at a house blessing by George and Kathy, they experienced what would turn out to be their final night in the house. The Lutzes declined to give a full account of the events that took place on this occasion, describing them as “too frightening.”

DeFeo is still alive to this day and remains at the Sullivan Correctional Facility in Beekman, New York.

After receiving six 25 years-to-life-sentences, it’s no surprise parole hasn’t been an option for the murderer. All of his appeals and requests have been denied by the parole board.

On the night of March 6, 1976, the house was investigated by Ed and Lorraine Warren, a husband and wife team self-described as demonologists, together with a crew from the television station Channel 5 New York and reporter Michael Linder of WNEW-FM. 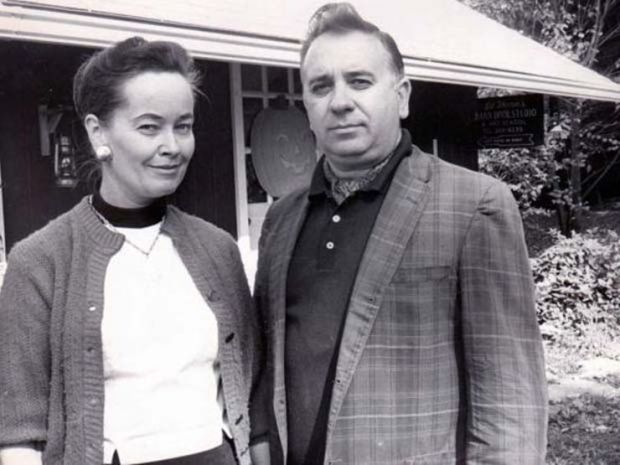 During the course of the investigation Gene Campbell took a series of infrared time-lapse photographs. One of the images allegedly showed a “demonic boy” with glowing eyes who was standing at the foot of a staircase. The photograph did not emerge into the public domain until 1979, when George and Kathy Lutz and Rod Steiger appeared on The Merv Griffin Show to promote the release of the first film. 112 Ocean Avenue was also investigated by the parapsychologist Hans Holzer. The Warrens and Holzer have suggested that the house is occupied by malevolent spirits due to its history.

In May 2010, the house was placed on the market with an asking price of $1.15 million. In August 2010, the house was sold to a local resident for $950,000.On August 21, 2010, the departing owner held a moving sale at the house, and hundreds of people turned up for the event. They were allowed to go inside the house, but not to visit the upstairs rooms or the basement.