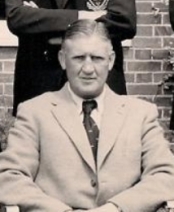 Sometimes it is difficult enough to find a compelling story relating to WWII. But then there are times when you are having your lunch and are listening to a radio show.

On the Irish radio talk show, Liveline, a lady called in to talk about the ordeal her 98 year old mother had to go through in the A&E dept.(Accident & Emergency) in the local hospital. That story was compelling enough. However, yesterday there was a call back where the lady was asked how her mother was at the moment, then the story got a new twist. It emerged that the 98 woman was the widow of one of the Beamish brother and the sister in law of the other 3. Unfortunately it wasn’t clear how her husband had been but looking at the ages I presume it was Cecil.

Below is the story of the 4 brothers.

The 4 x Irish Beamish brothers (Victor, George, Charles, and Cecil) were truly remarkable as both sportsmen and RAF officers:

Group Captain Francis Victor Beamish  (27 September 1903 – 28 March 1942) was a Royal Air Force fighter pilot and flying ace of the Second World War. After flying during the Battle of Britain he continued to lead fighter operations until he was killed in action in 1942

Of the 4 brothers he was the most decorated and well known.

Victor Beamish. Gp Capt Francis Victor Beamish flew in the Battle of Britain and became a ‘fighter ace’ by scoring 10 victories. Victor was station commander at RAF North Weald and RAF Kenley and was awarded the DSO (plus bar), DFC and AFC before being killed in action on 28 Mar 1942 leading the Kenley Wing.

He went to Canada on 22nd March 1929 on exchange with an RCAF officer. When he returned two years later he was posted to 25 Squadron at Hawkinge as a Flight Commander.

In January 1932 Beamish was appointed Personal Assistant to the AOC at Uxbridge. A year later he went into hospital at Uxbridge, suffering from tuberculosis, with the result that he had to retire from the RAF on 18th October 1933.
Very unhappy at this, Beamish got a job as civilian assistant at 2 FTS Digby, later returning to Ireland in 1936 to become civilian adjutant at RAF Aldergrove on 18th May. This was a non-flying appointment in the Air Force Reserve. Beamish was sufficiently recovered to be reinstated with full flying status as a Flight Lieutenant on 27th January 1937 and was posted to command 2 Armament Training Camp and Met Flight at Aldergrove. His comeback was complete when he was given command of 64 Squadron at Church Fenton on 8th December 1937. He was awarded the AFC (gazetted 1st January 1938) for establishing the Met Flight.
After a course at RAF Staff College, Andover, he took command of 504 Squadron at Digby on 13th September 1939. He returned to Canada in mid-January 1940 on Air Staff duties but, back in the UK, he took over RAF North Weald on 7th June 1940. Beamish flew operational sorties with his station squadrons whenever he could.
On 18th June he claimed two Me109’s destroyed, on 9th July a Me110 damaged, on the 12th a Do17 shot down, on 18th August a probable Ju88, on the 24th a Do17 damaged and on the 30th two probable Me110’s. On 6th September Beamish claimed two Ju87’s, on the 11th a probable He111, on the 15th a share in a He111 and on the 18th and 27th probable Me109’s. He damaged a Me109 on 12th October, probably destroyed one and damaged another on the 25th and probably shot down another on the 30th.

On 7th November 1940 Beamish collided with P/O TF Neil of 249 Squadron whilst on patrol and made a forced-landing at Leeds Castle in Kent. In all his sorties in 1940, he was damaged by enemy action three times, on each occasion getting his aircraft down safely.
On 11th November 1940, Italian aircraft based in Belgium attempted a raid and Beamish claimed a probable CR42 biplane fighter.

He was back in action later that year and claimed a probable Me109 near Mardyck on 9th August 1941. He was awarded a Bar to the DSO (gazetted 25th September 1941).

On 25th January 1942 Beamish went to RAF Kenley to take command and again flew with his squadrons. With W/Cdr. RF Boyd he took off on the morning of 12th February ‘to see what was happening on the other side’. After chasing two Me109’s, they saw part of the German Fleet making its ‘Channel Dash’. The ships had been reported ten minutes earlier by two pilots of 91 Squadron but the news was received with complete disbelief at 11 Group. Beamish’s confirmation was enough to set in motion a series of uncoordinated attacks on the German fleet.

On 13th February Beamish had a share in the destruction of a He115 over the Channel. On 9th March he claimed a Fw190 destroyed and another on the 26th, as well as a Me109. 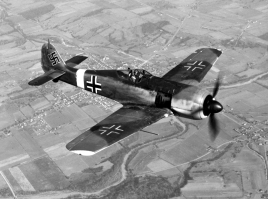 Leading the Kenley Wing and flying with 485 (NZ) Squadron on 28th March, Beamish saw a force of Me109’s and Fw190’s a few miles south of Calais. He turned the Wing towards them. In the ensuing engagement Beamish was seen to be attacked and damaged by a Me109. He requested a vector over the radio and was last seen entering a cloud near Calais. It is presumed that he crashed into the Channel, possibly wounded and perhaps unconscious. He was 38 years old.

In May 2016  the life of RAF Spitfire ace Victor Beamish was celebrated during the Listowel Military Tattoo in a small town of Listowel Co.Kerry Ireland, where a replica of Victor Beamish’s Spitfire was revealed. 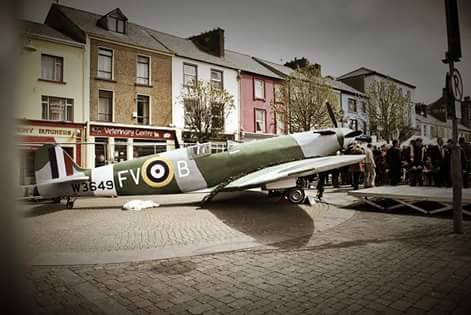 Air Marshal Sir George Robert Beamish,(29 April 1905 – 13 November 1967) was a senior commander in the Royal Air Force from the Second World War to his retirement in the late 1950s. 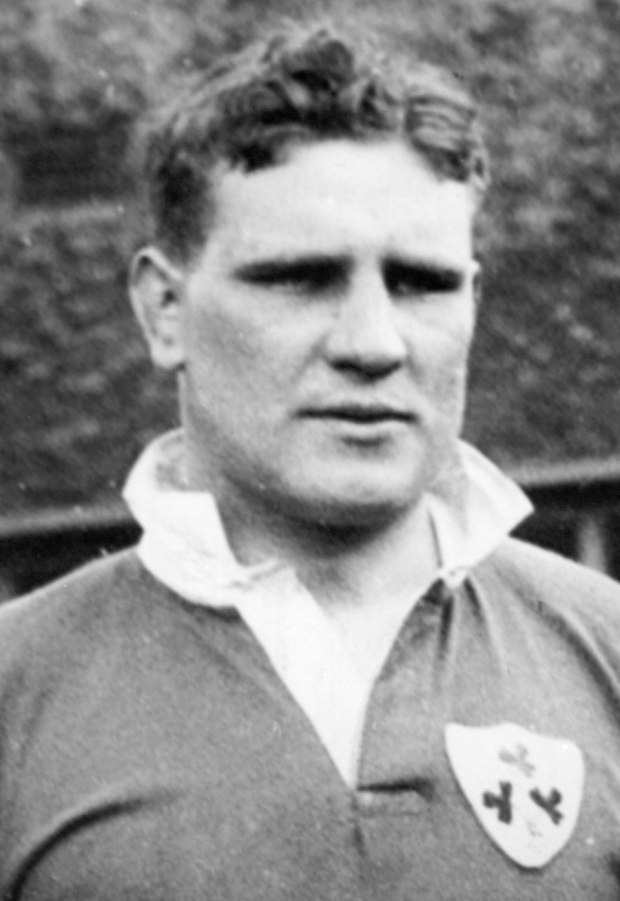 Prior to World War II, whilst Beamish was in the RAF, he was a keen rugby union player, playing for Leicester and being capped 26 times for Ireland and was selected for the 1930 British and Irish Lions tour. He was also the chairman of the RAF Rugby Union and an Air Force rugby selector.

He gained 12 caps for Ireland as a prop forward and also represented the British and Irish Lions  on their 1936 tour of Argentina.

He was the youngest of the Beamish brothers, he played rugby for London Irish, the Barbarians and the RAF.

All 4 brothers had also been members of the RAF Golf Association.

After the war, many returned home to be branded deserters.

Deserters were found guilty of going absent without leave by a military tribunal.

Their punishment came after the war when many of the soldiers headed home to Ireland.

They were barred from holding jobs paid for by the state, they lost their pension rights and many faced discrimination. In 2012 the Irish government apologised for the way they were treated and in May 2013 a pardon a bill was passed it gave pardon and also granted an amnesty and immunity from prosecution to the almost 5,000 Irish soldiers who fought alongside the allies.