President Kennedy was assassinated in Dallas, Texas, at 12:30 pm Central Standard Time on Friday, November 22, 1963, while on a political trip to Texas to smooth over frictions in the Democratic Party between liberals Ralph Yarborough and Don Yarborough (no relation) and conservative John Connally.Traveling in a presidential motorcade through downtown Dallas, he was shot once in the back, the bullet exiting via his throat, and once in the head.

At 12:30 p.m. CST, as President Kennedy’s uncovered 1961 Lincoln Continental four-door convertible limousine entered Dealey Plaza, Nellie Connally (the First Lady of Texas) turned around to President Kennedy, who was sitting behind her, and commented, “Mr. President, you can’t say Dallas doesn’t love you,” which President Kennedy acknowledged by saying “No, you certainly can’t.” Those were the last words ever spoken by John F. Kennedy. 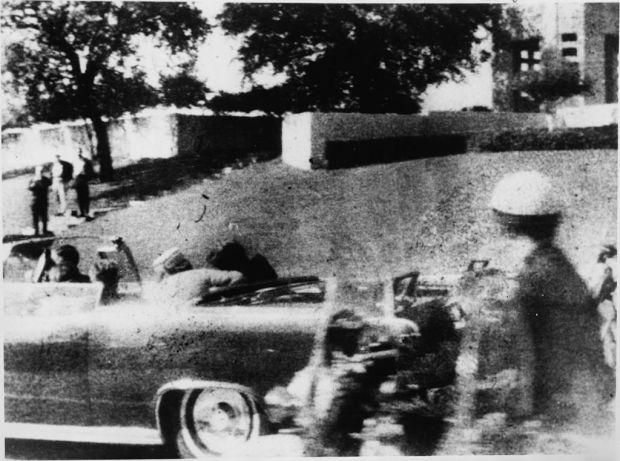 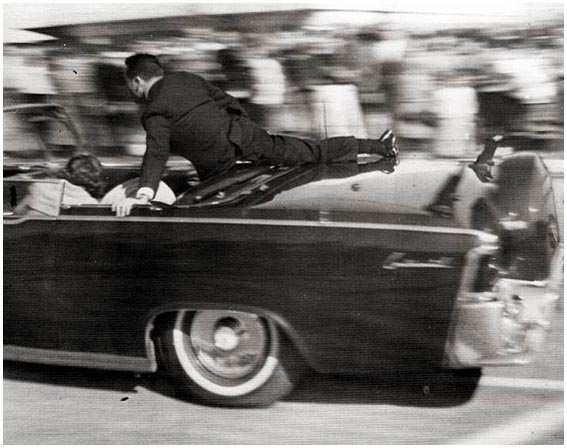 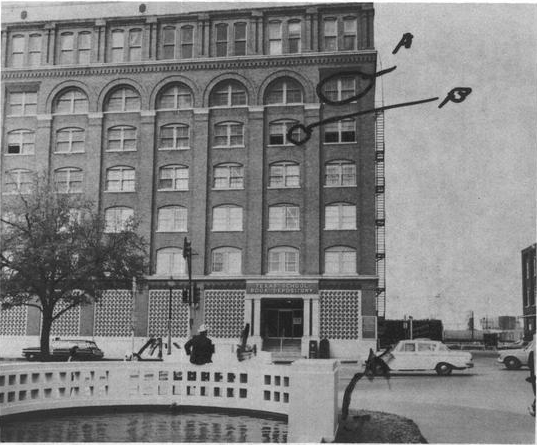 Kennedy was taken to Parkland Hospital for emergency medical treatment, but pronounced dead at 1:00 pm. Only 46, President Kennedy died younger than any other U.S. president to date.

Lee Harvey Oswald, an order filler at the Texas School Book Depository from which the shots were suspected to have been fired, was arrested for the murder of police officer J.D. Tippit, and was charged subsequently with Kennedy’s assassination.

He denied shooting anyone, claiming he was a patsy( A person who is taken advantage of, especially by being cheated or blamed for something), and was killed by Jack Ruby on November 24, before he could be prosecuted.

Ruby was arrested and convicted for the murder of Oswald. Ruby successfully appealed his conviction and death sentence but became ill and died of cancer on January 3, 1967, while the date for his new trial was being set.

A Requiem Mass was held for Kennedy at the Cathedral of St. Matthew the Apostle on November 25, 1963. Afterwards, Kennedy was interred in a small plot, (20 by 30 ft.), in Arlington National Cemetery. Over a period of three years (1964–1966), an estimated 16 million people visited his grave. On March 14, 1967, Kennedy’s remains were moved to a permanent burial plot and memorial at the cemetery. The funeral was officiated by Father John J. Cavanaugh. It was from this memorial that the graves of both Robert and Ted Kennedy were modeled. 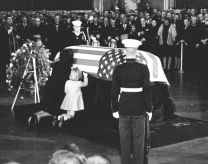 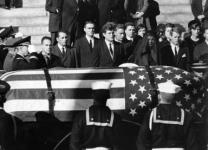 The family and friends of the assassinated American President John F Kennedy (1917 – 1963) mourning his death. (Photo by Keystone/Getty Images)