The text of this ‘good luck flag’, which belonged to the Japanese General Shunkichi Ikeda, reads: ’A tiger walks 1,000 miles, but always returns again’. A group of Japanese women from his place of birth embroidered this thousand-stitch saying, meant to bring him luck and prosperity.

Whenever the General went into battle with his troops from the Japanese Imperial Army, the flag went with him. In early 1945, General Ikeda was stationed in Sorong, a town in New Guinea in the Dutch East Indies.

His men were attacked by the Allies. Two wounded American pilots were taken prisoner. They were beheaded two days later. Who committed this gruesome act? General Ikeda was ultimately responsible but after the war when he was interrogated in 1946, he could not remember anything about the incident. 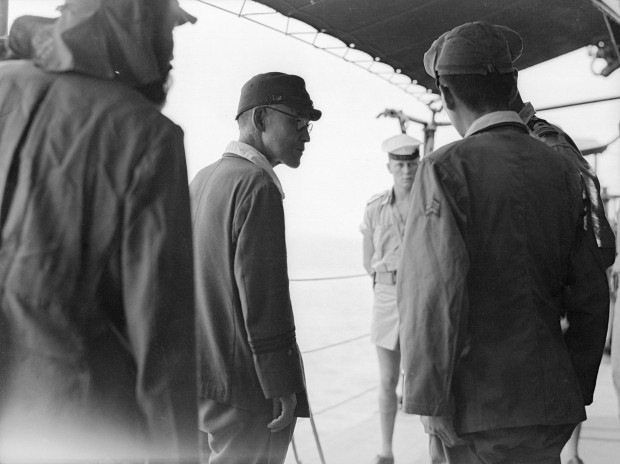 He realized what a hopeless position he was in and gave this flag to his interrogator A. Leijten as a gift. Little is known about what happened to General Ikeda after that; he died in 1948. 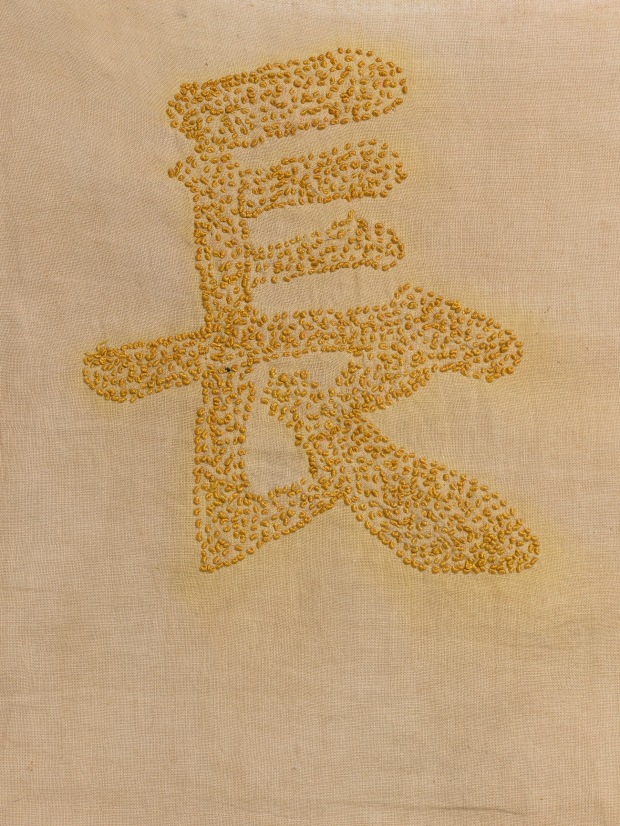 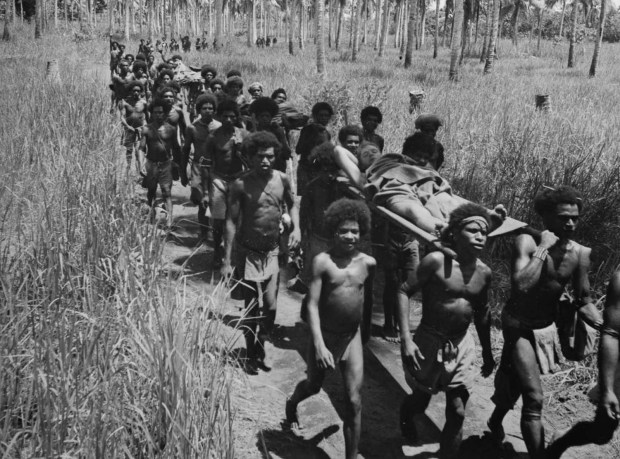 During the war in Papua New Guinea, the local population who were sympathetic to the Australian troops would assist where they could. Notably they would help in transporting stores and equipment over the rough terrain. Teams carried seriously wounded and sick Australian soldiers all the way back to their bases. Their compassion and care of the casualties earned them admiration and respect from the Australians, who dubbed these men their fuzzy wuzzy angels. The Fuzzy Wuzzy Angels were named for both their frizzy curly hair and helpful role.

In 1942, during the Pacific invasion, the Japanese had built up a force of 13,500 in the Gona region of Papua with the intention of invading Port Moresby. The key to the offensive was an overland trail across the Owen Stanley Ranges. The trail ranged from the small village of Buna on the north coast of Papua and went up the slopes through Gorari and Oivi to Kokoda. The trail was approximately 100 miles (160 km) long, folded into a series of ridges, rising higher and to 7,000 feet (2,100 m) and then declining again to 3,000 feet (910 m). It was covered in thick jungle, short trees and tall trees tangled with vines.

650 Australian lives were lost in the campaign. It is speculated that this number would have been much larger had it not been for the help of the Fuzzy Wuzzy Angels. As one Australian digger has noted:

“They carried stretchers over seemingly impassable barriers, with the patient reasonably comfortable. The care they give to the patient is magnificent. If night finds the stretcher still on the track, they will find a level spot and build a shelter over the patient. They will make him as comfortable as possible fetch him water and feed him if food is available, regardless of their own needs. They sleep four each side of the stretcher and if the patient moves or requires any attention during the night, this is given instantly. These were the deeds of the ‘Fuzzy Wuzzy Angels’ – for us!”

No known injured soldier that was still alive was ever abandoned by the Fuzzy Wuzzy Angels, even during heavy combat.

An Australian soldier, George “Dick” Whittington, is aided by Papuan orderly Raphael Oimbari, at the Battle of Buna-Gona. Whittington died in February 1943 from the effects of bush typhus, this little-known killer of many Allied and Japanese soldiers in the Pacific. 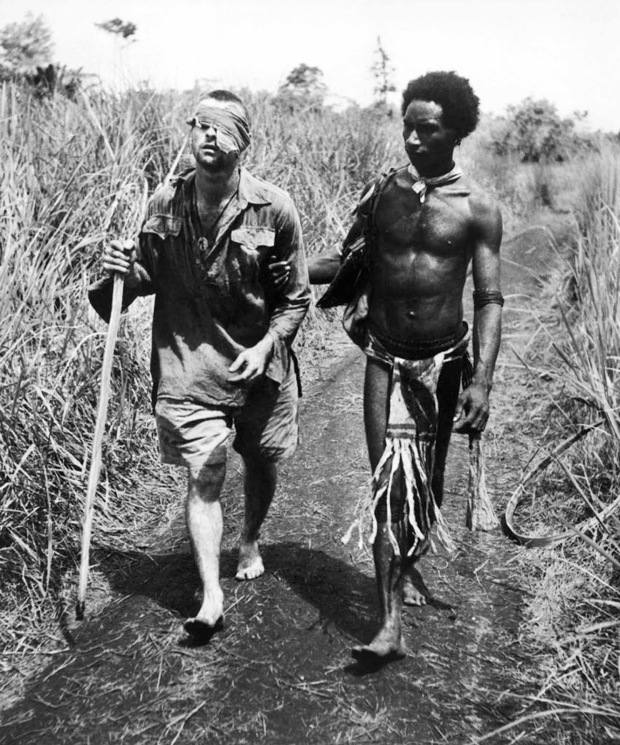 In July 2007, grandsons of Australian World War II soldiers and grandsons of the Fuzzy Wuzzy Angels took part in the “Kokoda Challenge”

In June 2008, Australian senator Guy Barnett called for his country’s Parliament to give official recognition to Papua New Guineans’ courage and contributions to the war effort: “I was stunned to learn that Australia has not officially recognized these wonderful PNG nationals who saved the lives of Australian servicemen. They carried stretchers, stores and sometimes wounded diggers directly on their shoulders over some of the toughest terrain in the world. Without them I think the Kokoda campaign would have been far more difficult than it was”. The government agreed to consider the motion. Recognition may entail a medal, a small ex gratia payment, and additional Australian aid to improve people’s education and health in villages near the Kokoda trail. 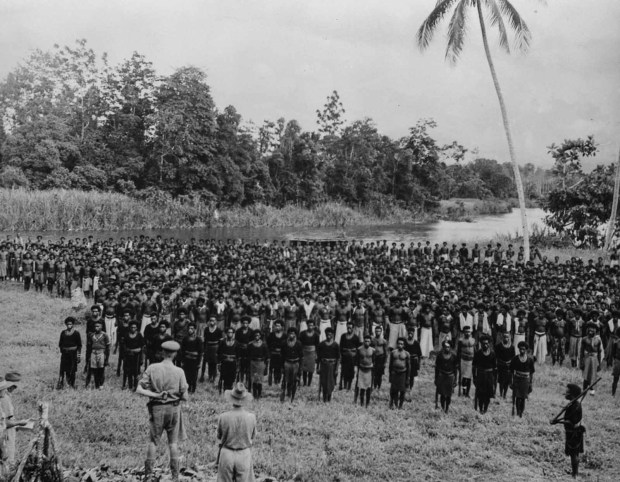