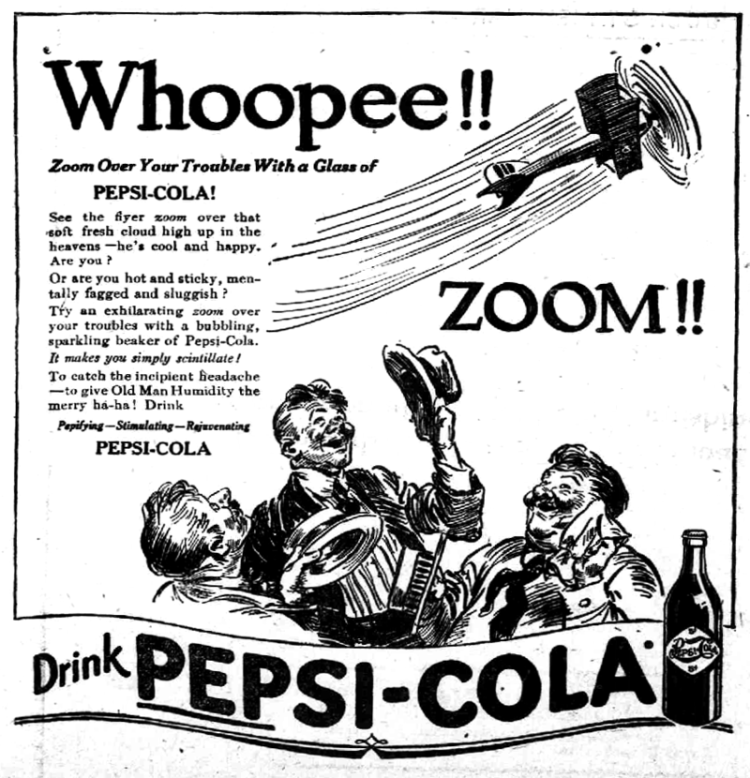 A lot of people do not know that when Pepsi-Cola was originally introduced to the market, it was under the name “Brad’s Drink” in 1893. Invented by pharmacist Caleb Bradham in New Burn, North Carolina, the concoction was originally supposed to treat digestive issues and stomachaches through the enzymes pepsin and kola nuts that are used in the recipe and was exclusively sold out of his drugstore.But on August 28, 1898 was renamed Pepsi-Cola. Bradham named his drink after a combination of the terms “pepsin” and “cola

During the Great Depression, Pepsi suffered from the massive sugar shortage and price increase. Considering Bradham was no businessman, he admitted defeat in 1923 and Pepsi was sold to Craven Holdings Corp in Virginia..

Just three years later, the company went bankrupt for the second time and was bought out by Loft Inc. president Charles G. Guth after dropping out from the Coca-Cola brand. Charles managed to rebirth the dying realm and was able to bottle the delicious drink at 5 cents a bottle by 1933. Both times the company went bankrupt, Coca-Cola was approached but declined to absorb the competitor.