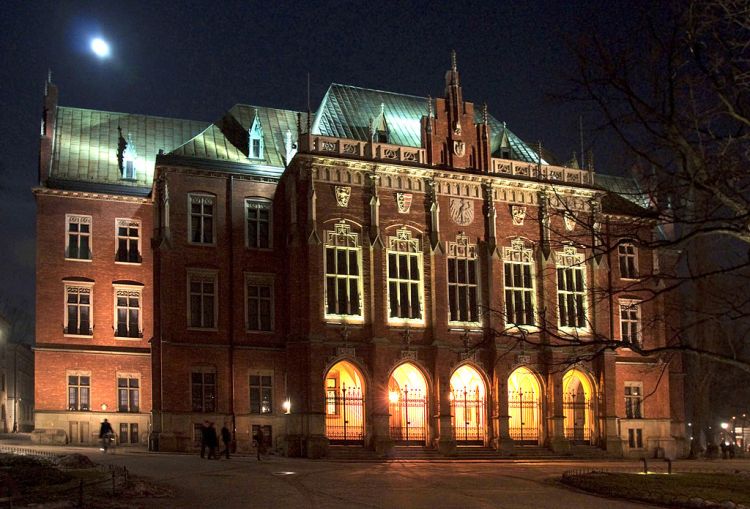 On November 6, 1939, Obersturmbannführer SS Bruno Müller ordered the the faculty of the University of Krakow to assemble for a special lecture to present the Nazis’ vision for Poland.

Upon arrival the faculty found themselves among the first casualties of the systematic deconstruction of the country. Codenamed the Sonderaktion Krakau, the professors were all taken into custody and deported to the concentration camps of Sachsenhausen and Dachau.

A little over two months after the German Invasion of Poland, the Gestapo chief in Kraków SS-Obersturmbannführer Bruno Müller, 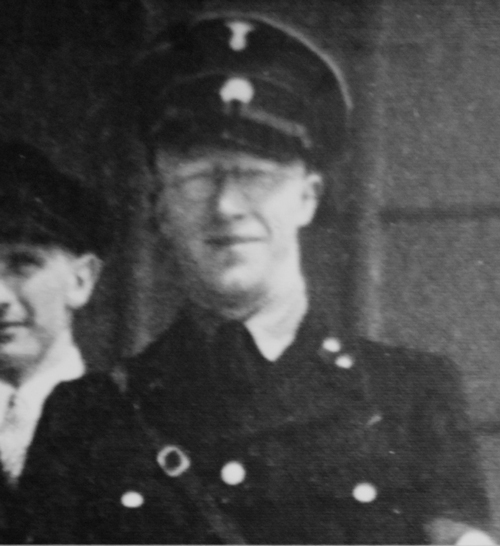 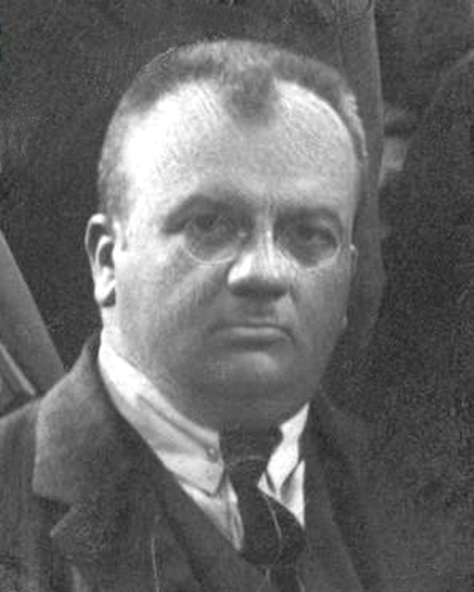 The rector agreed and sent an invitation throughout the university for a meeting scheduled at the administrative centre building in the Collegium Novum . On November 6, 1939 at the lecture room no. 56 (or 66, sources vary) at noon, all academics and their guests gathered; among them, 105 professors and 33 lecturers from Jagiellonian University (UJ), 34 professors and doctors from University of Technology (AGH) some of whom attended a meeting in a different room, 4 from University of Economics (AE) and 4 from Lublin and Wilno. 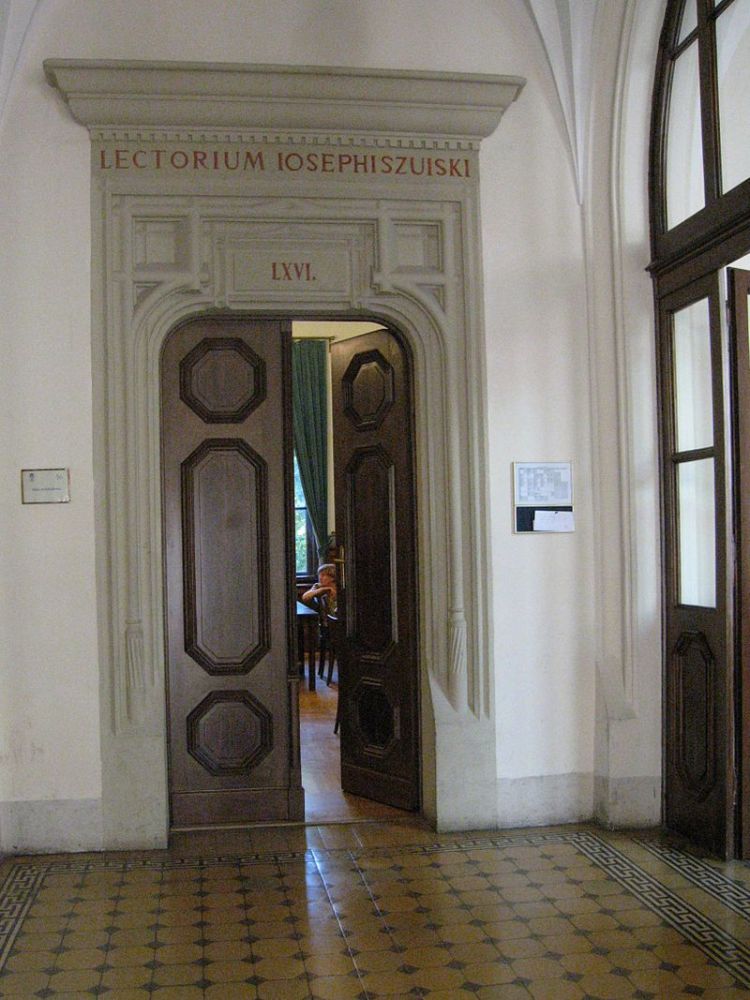 The academics filled the hall but no lecture on education was conducted. Instead, they were told by Müller that the university did not have permission to start a new academic year , and that Poles are hostile toward German science, and act in bad faith. They were arrested on the spot by armed police, frisked and escorted out. Some senior professors were kicked, slapped in the face and hit with rifle butts. Additional 13–15 university employees and students who were onsite were also arrested, as well as the President of Kraków, Dr Stanisław Klimecki who was apprehended at home that afternoon. 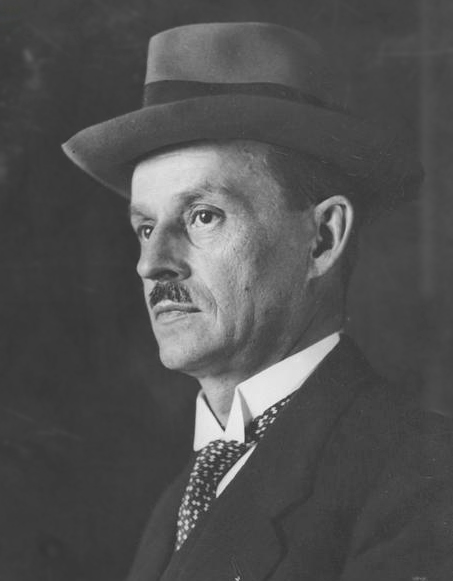 All of them, 184 persons in total, were transported first to prison at Montelupich street, then to barracks at Mazowiecka, and – three days later – to a detention center in Breslau, Germany (now Wrocław, Poland), where they spent 18 days split between two prison facilities: the detention centre (Untersuchungsgefängnis, at the Świebodzka 1 Street), and the Strafgefängnis penal complex at Kleczkowska 35. The Gestapo were unprepared for such a large transfer of prisoners, and awaited permission to send them to Buchenwald concentration camp which was filled to capacity. As a result, on November 27, 1939 at night, they were loaded onto a train to Sachsenhausen concentration camp located on the other side of Berlin, and in March 1940, sent further to Dachau concentration camp near Munich after a new batch of younger academics taken prisoner arrived.

Following loud international protest by prominent Italians including Benito Mussolini and the Vatican,101 professors who were older than 40 were released from Sachsenhausen on February 8, 1940. Additional academics were released later. Many elderly professors did not survive the roll-calls held twice a day in snow and rain, and the grim living conditions in the camp where dysentery was common and warm clothes were rare. Twelve died in the camp within three months, and another five within days of release. Among the notable professors who died in the camp were Ignacy Chrzanowski (UJ; Jan 19, 1940), Stanisław Estreicher (UJ; Dec 29, 1939), Kazimierz Kostanecki ( Jan 11, 1940), Antoni Meyer (AGH; Dec 24, 1939), and Michał Siedlecki (Jan 11, 1940, after roll-call). In March 1940 the able prisoners from Kraków who remained alive were sent to Dachau concentration camp and most of them, but not all, released in January 1941 on intervention.

Many of those who went through Sonderaktion Krakau and the internment, in 1942 formed an underground university in defiance of the German punitive edicts. Among the 800 students of their underground college was Karol Wojtyła, the future Pope John Paul II, taught by prof. Tadeusz Lehr-Spławiński among others. 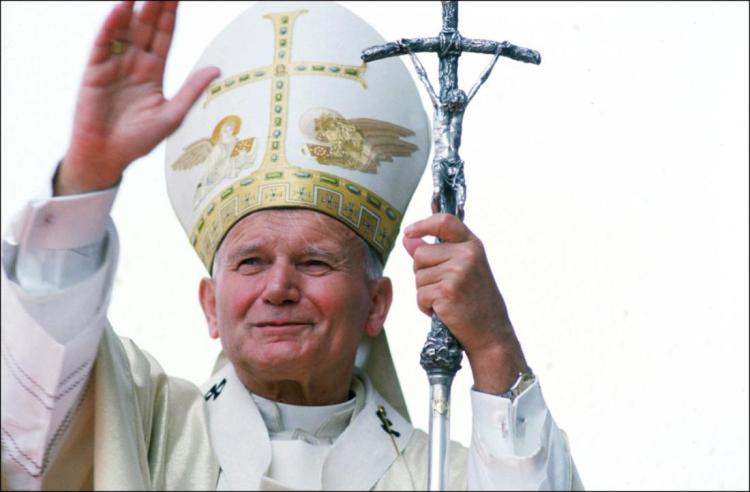 Today there is a plaque commemorating the events of Sonderaktion Krakau in front of Collegium Novum in Kraków. Every November 6, black flags are hung outside all Jagiellonian University buildings, and the Rector of the University lays wreaths to honor those who suffered. 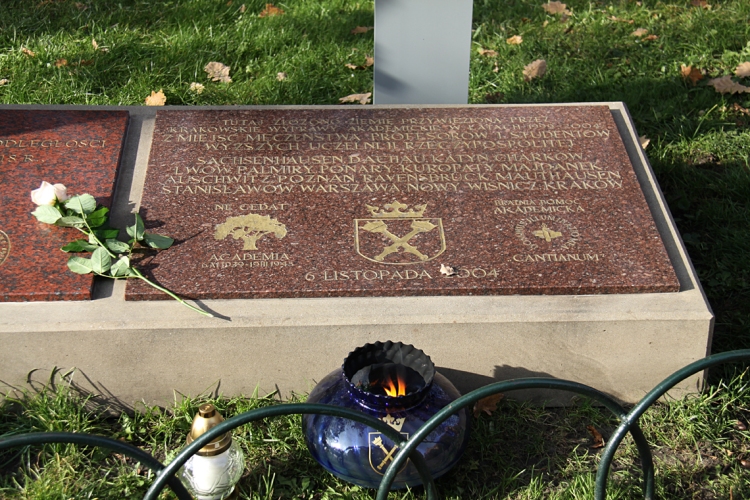 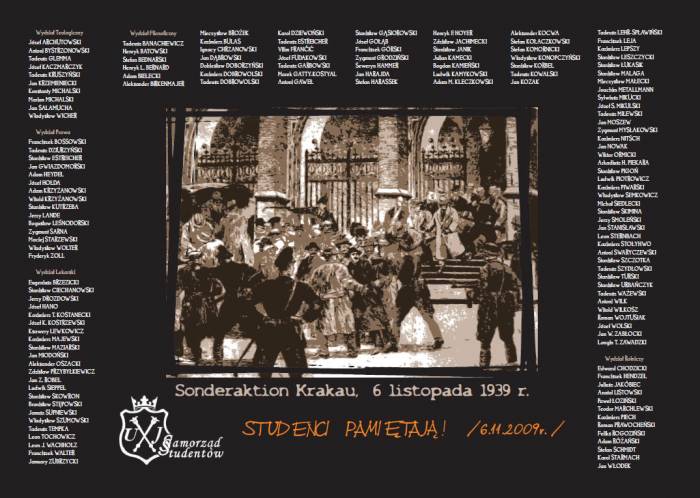