Having a can of beer is not just having a drink, it is an adventure. You put them in the fridge to get them to the right temperature. You then open the can not knowing in what velocity it will vacate the can. Then the most important thing the pour. 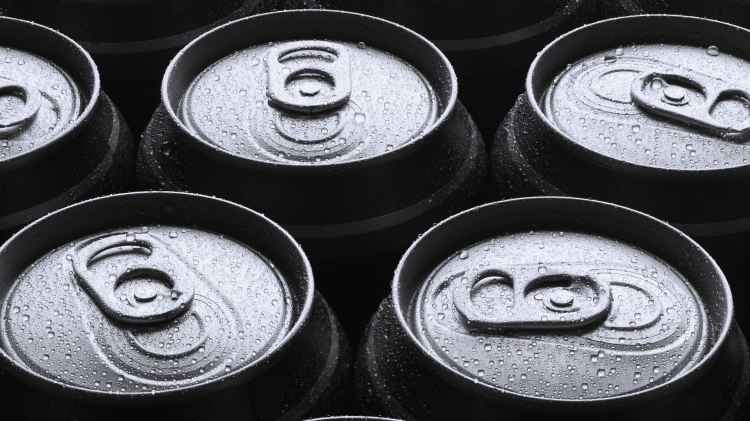 Canned beer makes its debut on this day in 1935. In partnership with the American Can Company, the Gottfried Krueger Brewing Company delivered 2,000 cans of Krueger’s Finest Beer and Krueger’s Cream Ale to faithful Krueger drinkers in Richmond, Virginia. Ninety-one percent of the drinkers approved of the canned beer, driving Krueger to give the green light to further production.

The purchase of cans, unlike bottles, did not require the consumer to pay a deposit. Cans were also easier to stack, more durable and took less time to chill. As a result, their popularity continued to grow throughout the 1930s, and then exploded during World War II, when U.S. brewers shipped millions of cans of beer to soldiers overseas. After the war, national brewing companies began to take advantage of the mass distribution that cans made possible, and were able to consolidate their power over the once-dominant local breweries, which could not control costs and operations as efficiently as their national counterparts.

Since January 17, 1920, the 18th Amendment had made it illegal (medicinal and religious exemptions aside) to drink or sell any beverages containing at least 0.5 percent alcohol by volume anywhere in the United States.

The law led to lawlessness. A new wave of criminals met the new need for illicit alcohol and plagued the country for more than a decade.

But in 1933, President Franklin Delano Roosevelt finally brought the end of Prohibition — but not necessarily for reasons you might think. At that time, America had been raked over the coals by the Great Depression. People were starving and struggling and, when the people had nothing, the government had nothing to tax. Roosevelt’s administration brought alcohol back, hoping to bring money back into the government via taxation and thus kick-start the economy.

Nevertheless, the end of Prohibition didn’t come all at once, but instead in stages. First, on March 22, 1933, it became legal to sell drinks that had four percent alcohol by volume or less. The people could drink again – even if it was only light beers and wines. Then, On December 5, 1933, the 18th Amendment was repealed entirely and people could truly drink again.

People came out in droves, forming massive crowds outside bars across the country. Inside, people danced, sang, and raised their glasses in a toast to the death of the 18th Amendment.

A crowd of people comes out to Times Square to celebrate the repeal of the 18th Amendment.

Workers at a brewery unload thousands of crates of beer, getting ready for the end of Prohibition.

Crowds of people swarm outside of the Belmont Grill, waiting for its doors to open so that they can taste their first legal drop of liquor in 13 years.

Men and women celebrate the repeal of Prohibition by rolling a barrel of alcohol down the street and toasting the 18th Amendment’s demise. 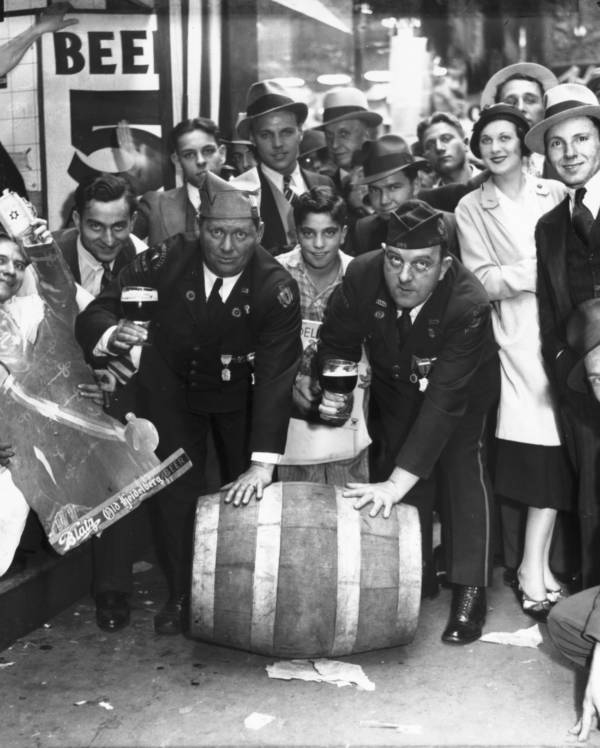 Arthur Ernstahl, the first person to bring liquor into the U.S legally after the repeal of the 18th Amendment, declares two bottles of cognac to customs inspector Leo Shettel after arriving in New York on December 5, 1933, the day of the repeal. 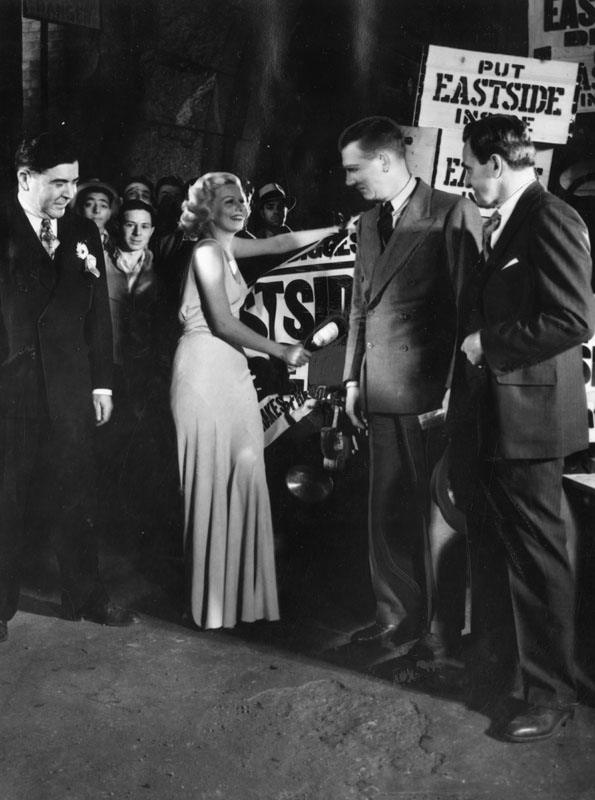 A worker carries a keg of beer into the Malamute Saloon, getting ready for the crowds that will come flooding in. The sign outside his store advertises that they are the “First to Open in 13 Years.”