On August 18.1969, Rolling Stones front man was shot. This was not by a criminal or by a deranged fan, but while shooting a film about an Irish outlaw in Australia ‘Ned Kelly’. A pistol loaded with blanks, which he was using at the time, backfired to drive the metal into his hand. Maybe that’s why singers should stick to singing, and actors stick to acting.

On August 18,1972, Paul and Linda McCartney were fined ś800 in Sweden for cannabis possession. They had been arrested 8 days earlier. They did not serve any time in Jail. The incident is rumored to have been the inspiration for the hit single ‘Band on the Run’

Born in Des Moines, Julie Anne Friedman went to boarding school in Massachusetts and university in New Orleans before landing in LA. It was there, in the early 80s, that she was discovered by a photographer. An invite to a yacht party after Duran Duran’s mixing session for Hungry Like the Wolf brought her and keyboardist Nick Rhodes together.

Who doesn’t know the Rolling Stones master piece “Sympathy for the Devil”?

For anyone of you who don’t know the song, go to YouTube, Spotify or any other music streaming platform and listen to it. I don’t mean that awful Guns N Roses version but the original by the Rolling Stones.

The song is basically a brief summary of 2000 years of history compressed in to a few minutes.

The lyrics focus on atrocities in mankind’s history from Satan’s point of view including the trial and death of Jesus Christ :”Made damn sure that Pilate washed his hands to seal his fate”

European religious wars: “I watched with glee while your kings and queens fought for ten decades for the gods they made”.

The violence of the Russian Revolution of 1917 and the 1918 execution of the Romanov family during World War I :”I stuck around St. Petersburg when I saw it was a time for a change/Killed the Tsar and his ministers/Anastasia screamed in vain”.

World War II:”I rode a tank, held a general’s rank when the blitzkrieg raged, and the bodies stank”.

It also mentions several other historical events which happened up to the time the song was released. Originally the song was going to be released including the lyrics: “I shouted out ‘Who killed Kennedy?'”. However they had to change the lyrics after Robert Kennedy was also assassinated on June 6,1968. They changed the lyrics to “Who killed the Kennedys?”

The recording of “Sympathy for the Devil” began at London’s Olympic Sound Studios on 4 June 1968 and continued into the next day; overdubs were done on 8, 9 and 10 June.

The assassination of Robert Kennedy did not make much of a difference lyrics wise but it clearly would have had an impact if they would have left the song as it was.

How many artists are able to say that they wrote a song about historical events as they were happening?

Ending up with that master piece.

What if John Lennon,Keith Richards and Eric Clapton formed a band together, surely they must have been the most famous band ever. wouldn’t they?

Well yes they did form a band, together with Mitch Mitchell from the Jimin Hendix experience, And no they didn’t become the most famous band ever, in fact hardly anyone knows they did team up forming the super band ‘The Dirty Mac’

To say things went smoothly would be an overstatement. It had become  nightmare full of malfunctioning equipment and eventually took 15 hours before the Stones hit the stage.

Lennon called  himself as “Winston Leg-Thigh, for the occasion.The Dirty Mac recorded a rendition of the Lennon-penned Beatles track “Yer Blues” and then went on to back up Yoko Ono and violinist Ivry Gitlis on a track called “Whole Lotta Yoko”

Just imagine if the Dirty Mac had become a real band? 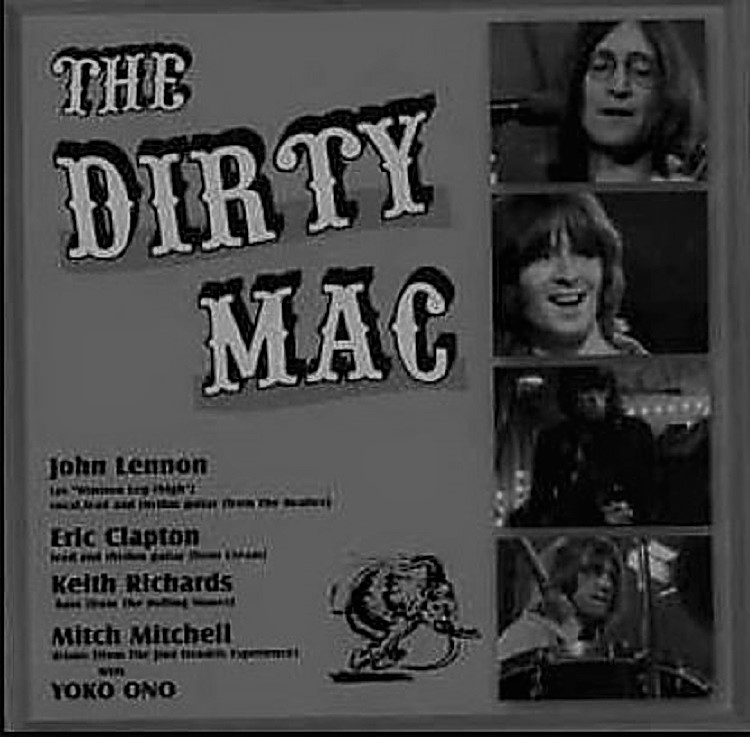 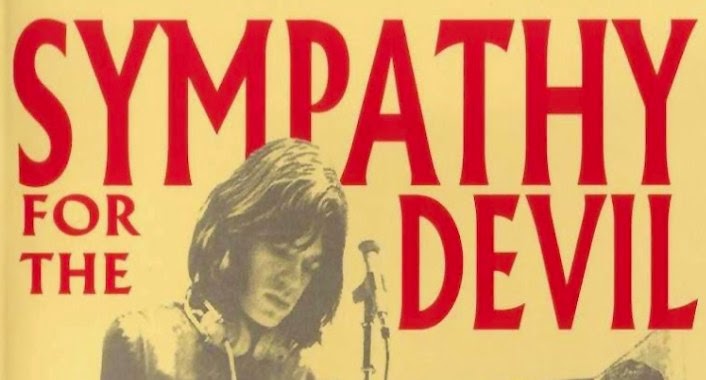 No I haven’t suddenly gone all ultra nice, as many of you know the title of this blog is actually the 1st line of the classic Rolling Stones song”Sympathy for the devil”

A song which is often misunderstood for being some satanic worshiping bit of musical poetry, but it couldn’t be further away from that. The song is really a summary of events the Stones contribute to Beelzebub, but from the perspective that an element of him is in all of us.I have also heard people, who hate history, say how much they love this song not realizing it is a song only about historic events. Below is a breakdown of some of the events. 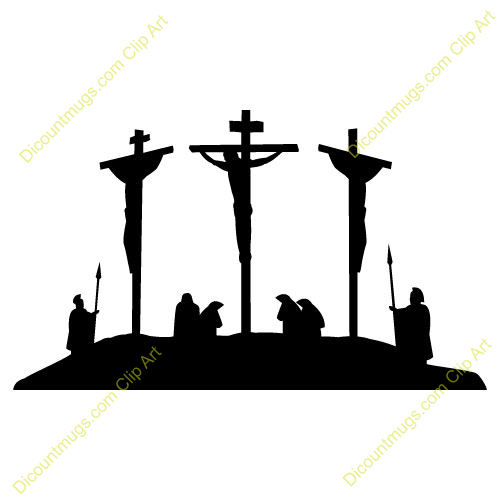 During the crucifixion, while in pain, Jesus cries out asking God why he has been forsaken. The narrator claims to have witnessed this but also may be insinuating that he (the devil) influenced this. The devil is also said to cause believers in God to doubt their faith.

“And at the ninth hour Jesus cried with a loud voice, saying, ‘Elohai, Elohai, lama shachachthani?’ which is, being interpreted, ‘My God, my God, why hast thou forsaken (forgot) me?’” – Mark 15:34 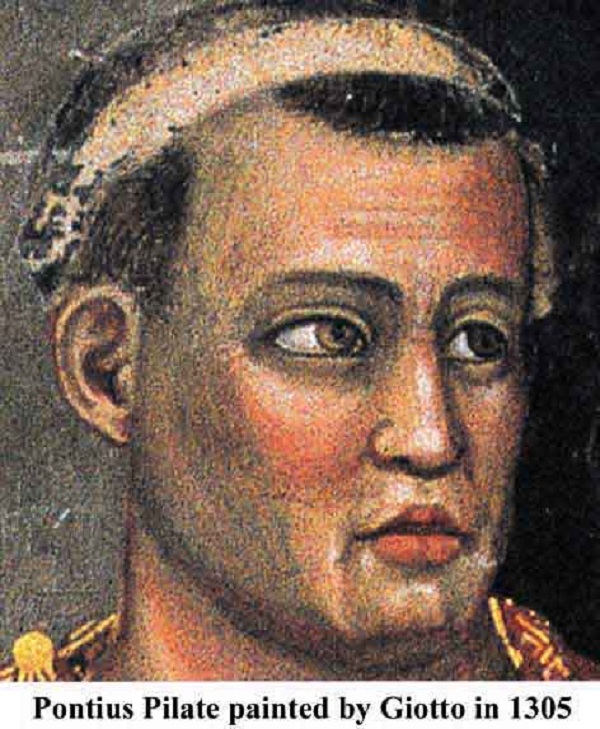 According to the Bible, Pontius Pilate was the judge at Jesus’s trial and the man who ordered his execution. He is said to have “washed his hands” of the matter (refusing responsibility)

“I stuck around St. Petersburg. When I saw it was a time for a change
Killed the czar and his ministers” 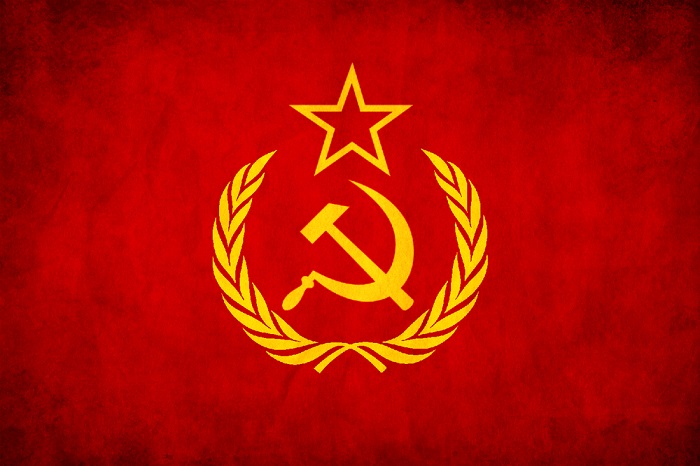 In the song Satan(as the narrator) admits to once again influencing major (and majorly questionable) global events, taking credit for the Russian Revolution of 1917 which led to the rise of Communist Soviet Union (or U.S.S.R., Union of Soviet Socialist Republics). On July 17, 1918, the Bolsheviks executed the royal family of the last Czar Nicholas II of Russia sealing the fate of their former rulers, and of their country.

“I rode a tank. Held a general’s rank.When the blitzkrieg raged
And the bodies stank” 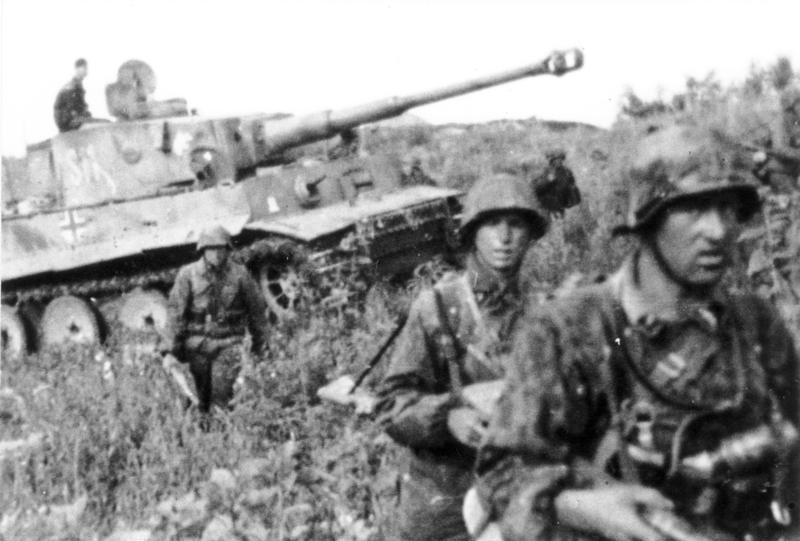 This implies that the narrator was right with Hitler throughout the Holocaust, associating Hitler with the devil. He was in the battle field, leading Blitzkrieg (“lightning war”) attacks through Europe (mostly Poland and France), of which tanks were an important part.

The 1939 Blitzkrieg in Poland took place in hot weather. The German army was moving fast and killing civilians as well as Polish soldiers, leaving the bodies to rot. However, the lines are ambiguous enough that they might also be a reference to the genocide perpetrated against the Jewish population of Europe. The reference is elided enough to contain both interpretations in describing, in its satanic glee, the horrors of WWII.

“I shouted out, ‘Who killed the Kennedys?’” 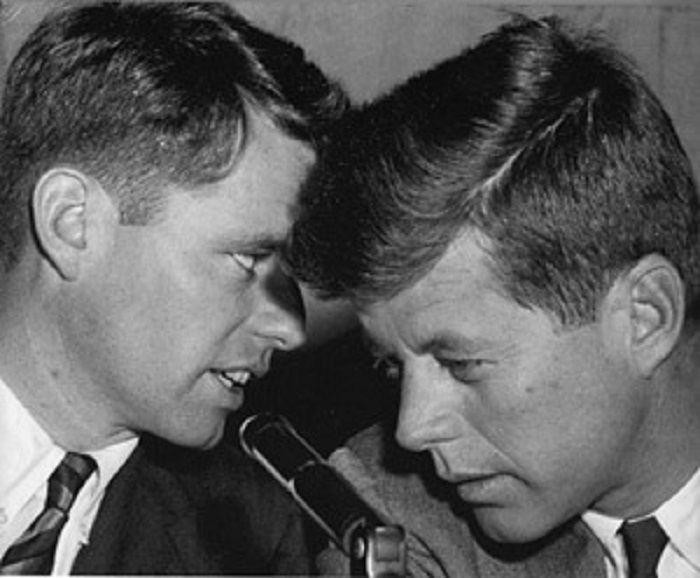 This song was recorded before Robert Kennedy died, so the original line was “Who killed Kennedy?” (referring to JFK).It was changed after Robert’s death, since now both brothers were gunshot victims.

“When after all It was you and me” 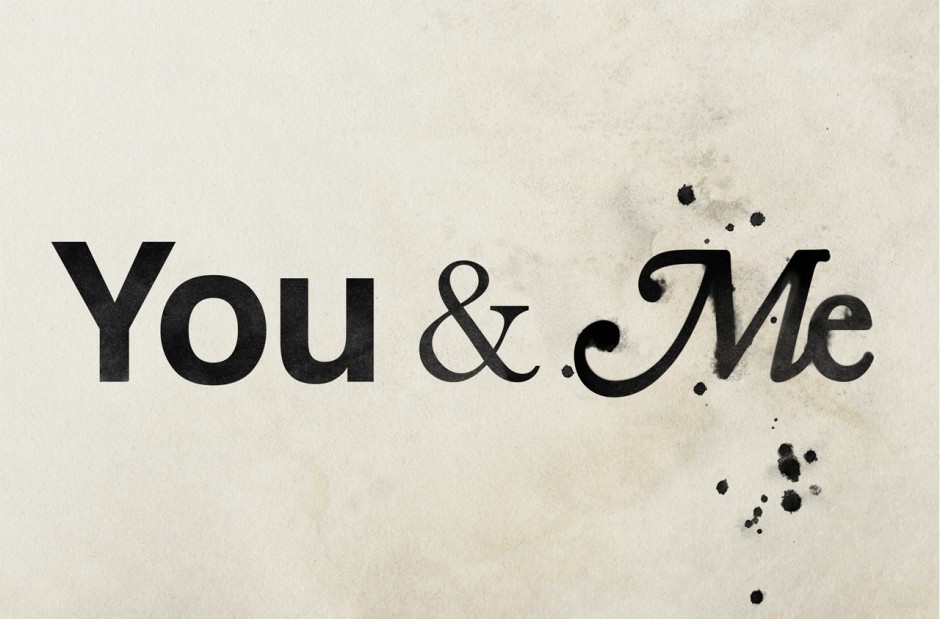 By saying “you and me”, the devil associates all of mankind with himself. He doesn’t put the blame of the Kennedys deaths on the shooters, but on the character and corruption of all humans.

“And I laid traps for troubadours. Who get killed before they reached Bombay”

This line possibly refers to the notorious Thuggee cult, who worshiped Kali, the Hindu goddess of death. They would waylay travelers on the roads of India, then kill the entire group in order to make off with their valuables. This seems to be the closest well known historical incident to fit the lyrics. Also, the Thuggee would have been well known in England, since the British Army put a stop to the cult during the colonial period.

“Just as every cop is a criminal. And all the sinners saints” 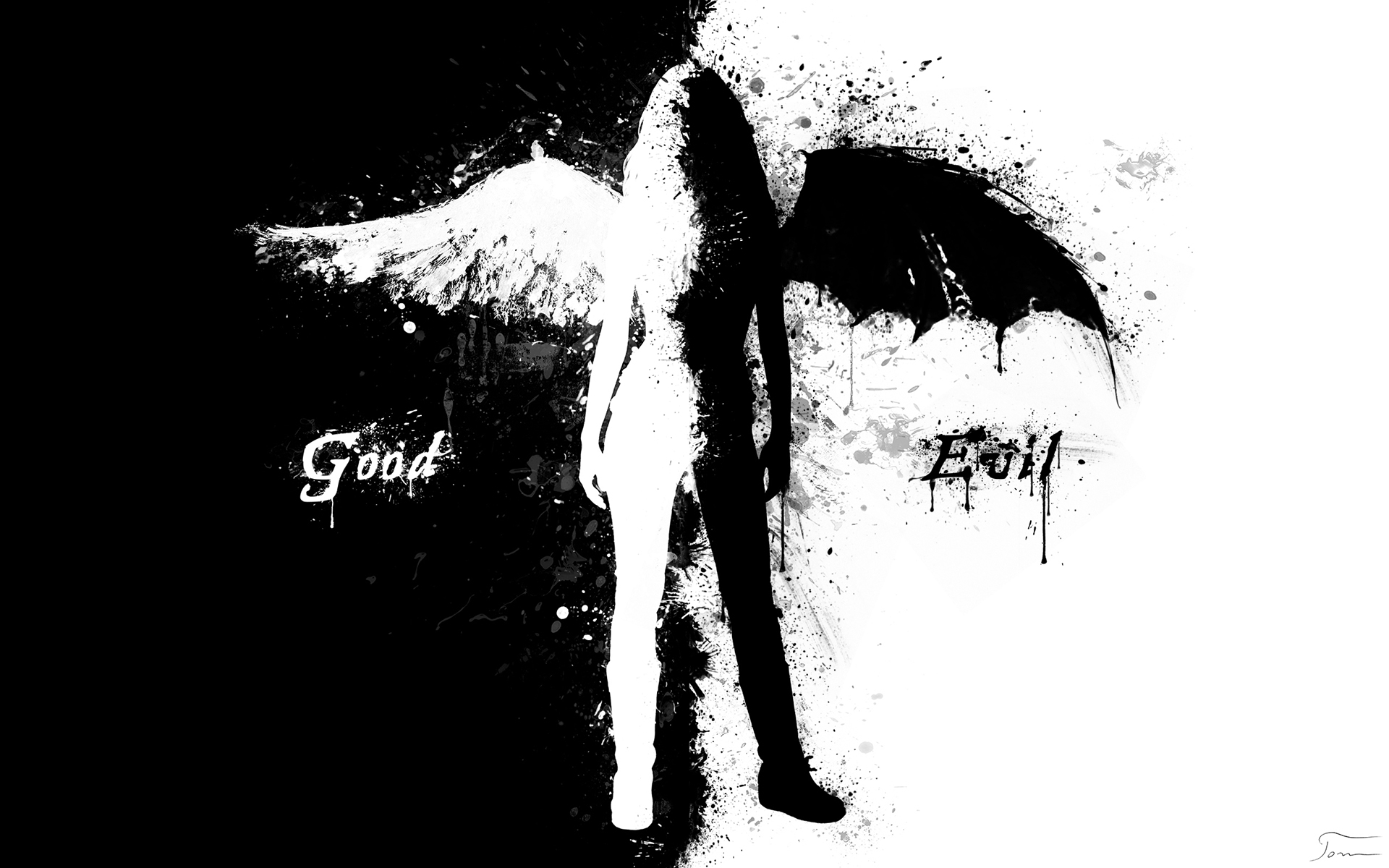 There is good and evil in everyone, don’t try to make it such a black and white statement.

So next time you listen to this song show it some courtesy some sympathy, and some taste..