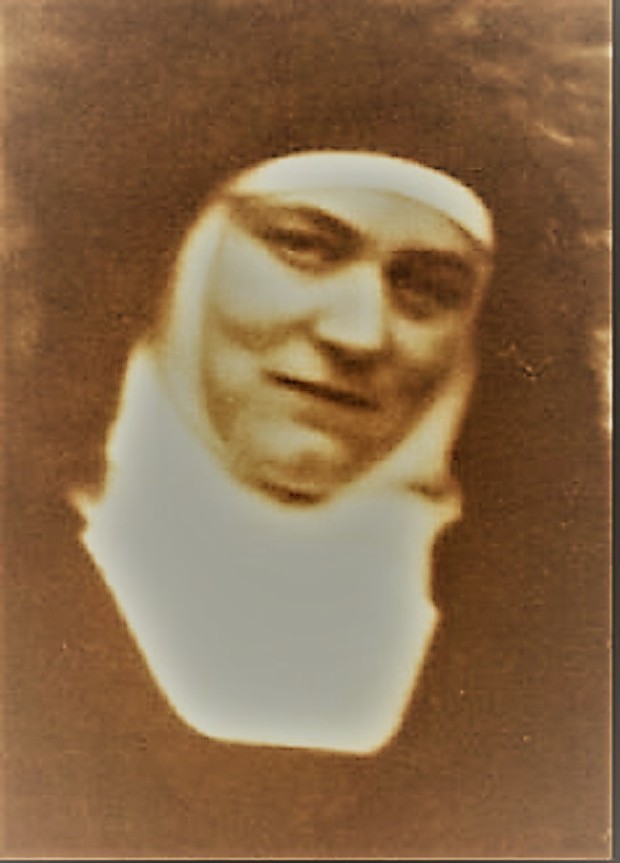 An increasing amount of people say that stories of the Holocaust are no longer relevant and should be left in the past. I don’t subscribe to that point of view, remembering the Holocaust is now more important then it ever has been.In a time where some politicians are making policies based on hate, it is relevant to remember it could cost the lives of millions.

The story of Edith Stein also has personal relevance to me. It is a story that intrigues me because it shows how much the Nazis hated the Jewish people, and I do apologize for the phrase but I don’t think there is any other way of saying it. to the Nazis once a Jew always a Jew. It also highlights an ignorance I had as a youngster.

I will not go to deep into the life of Edith Stein because so much is already written about her, and I will not be able to add any value to that. 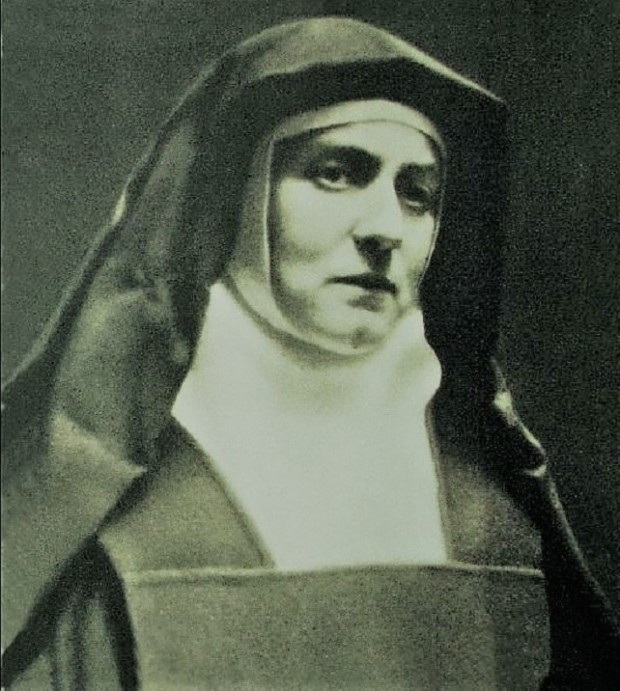 Edith Stein was born to Jewish parents in Breslau on 12 October 1891, the youngest of 11. In 1921 she converted to Catholicism, as did her sister Rosa Stein.

Edith entered the Discalced Carmelite monastery St. Maria vom Frieden (Our Lady of Peace) in Cologne in 1933 and took the religious name of Teresa Benedicta of the Cross.

In 1933 the Nazis also came to power, according to their Nuremberg Race laws both Edith and her sisters were considered to be Jewish, despite the conversion to Catholicism, therefor to avoid persecution by the Nazis, Edith and her sister were transferred to a monastery in Echt in the Netherlands. 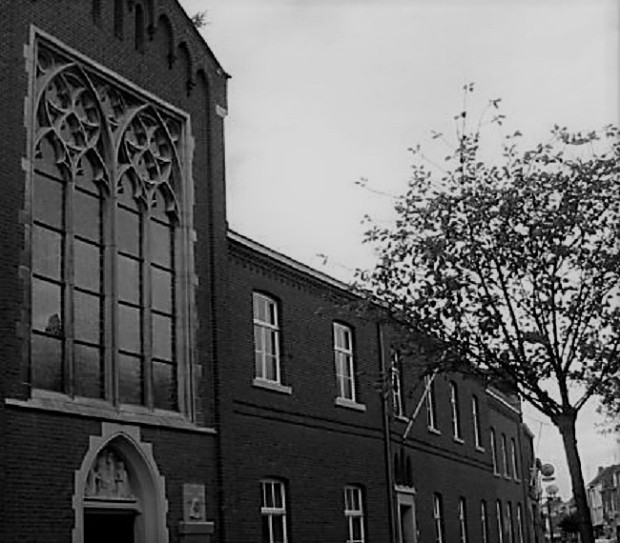 As I mentioned my youthful ignorance before, Echt is only about 15 km away from my birthplace. It is a small town in the province of Limburg in the south east of the Netherlands. In my late teens and early twenties I would often frequent a nightclub’the Majestic’ in Echt. which was really a stones throw away from the monastery. I also would go there by train and would get off on the very same station which was used decades earlier to transport Edith and Rosa to Camp Amersfoort. And I was completely oblivious to all of that. 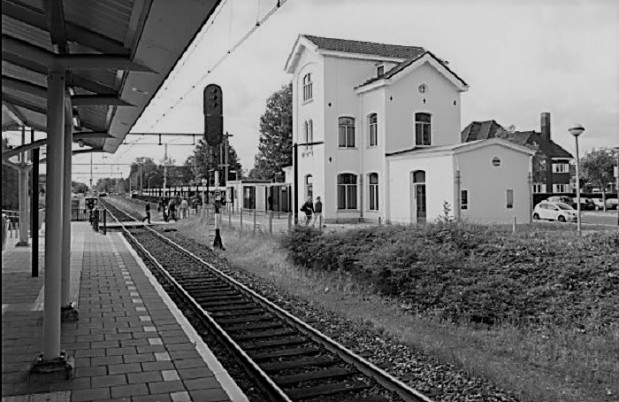 The Stein sisters were arrested by the SS on 2 August 1942. They were imprisoned at the concentration camps of Amersfoort and Westerbork before being deported to Auschwitz. A Dutch official at Westerbork was so impressed by Edith’s  sense of faith and calm, he offered her an escape plan. She  refused his assistance, stating, “If somebody intervened at this point and took away her chance to share in the fate of her brothers and sisters, that would be utter annihilation”

Edith and Rosa among 985 other Jews were sent to Auschwitz on August 7,1942. It is believed that Edith and her sister both died in the gas chambers on August 9th 1942.

I know what you’re all thinking” Has he lost his marbles, we are only 2 days away from St Patrick’s day and he is coming up with a Christmas story”

Do not worry I can assure you that I still have all my faculties. Legend has it that on this day in the year 280 Saint Nicholas was born. Saint Nicholas who we now know as Santa Claus, Saint Nick or if you live in a Dutch speaking country Sinterklaas or still as Saint Nicholas 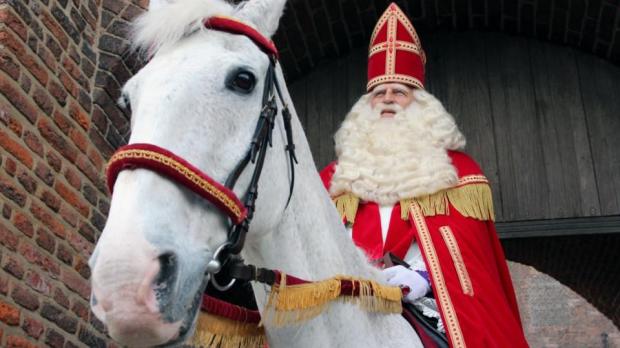 There are so many different version of his origin varying between Lapland and Spain.

According to tradition, he was born in the ancient Lycian seaport city of Patara, currently in Turkey,,when he was young, he traveled to the Middle East. He became bishop of Myra soon after returning to Lycia. He was imprisoned during the persecution of Christians by the Roman emperor Diocletian but was released under the rule of Constantine the Great. He attended the first Council of Nicaea (325), where he allegedly struck the heretic Arius in the face. 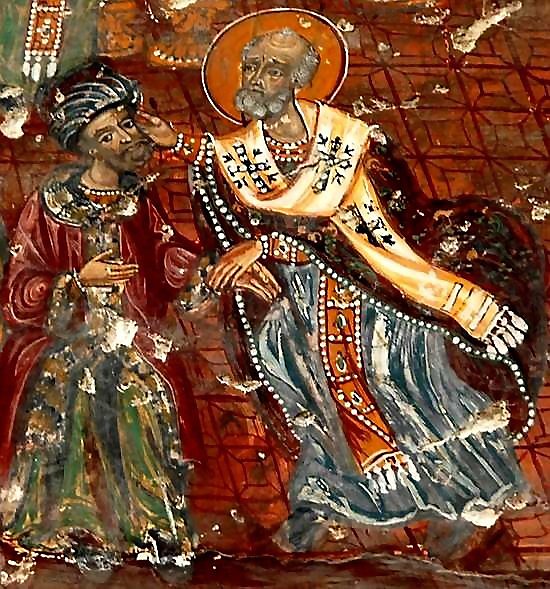 He was buried in his church at Myra, and by the 6th century his shrine there had become well known. In 1087 Italian sailors or merchants stole his alleged remains from Myra and took them to Bari, Italy; this removal greatly increased the saint’s popularity in Europe, and Bari became one of the most crowded of all pilgrimage centres. Nicholas’s relics remain enshrined in the 11th-century basilica of San Nicola at Bari, 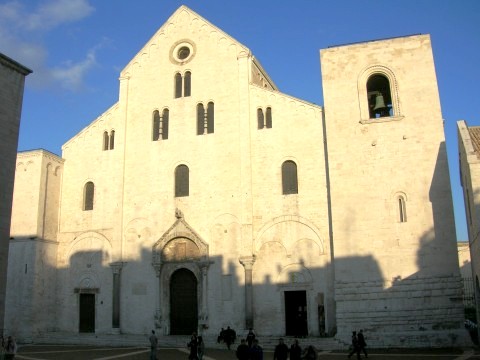 It is however also alleged that Saint Nicholas is buried in County Kilkenny,Ireland. Tradition in these parts tell that the earthly remains of St. Nicholas were secretly removed from Bari by returning crusader knights, who brought them back to Newtown Jerpoint for safe keeping.

The grave’s stone slab is carved with the image of a cleric with the heads of two knights behind each shoulder, said to be those of the two crusaders who, so the story goes, brought Nicholas’s remains to Ireland. Evidence lends some credence to this tale as the Normans in Kilkenny were keen collectors of religious relics, and it is known that Norman knights participated in the Holy Land Crusades. 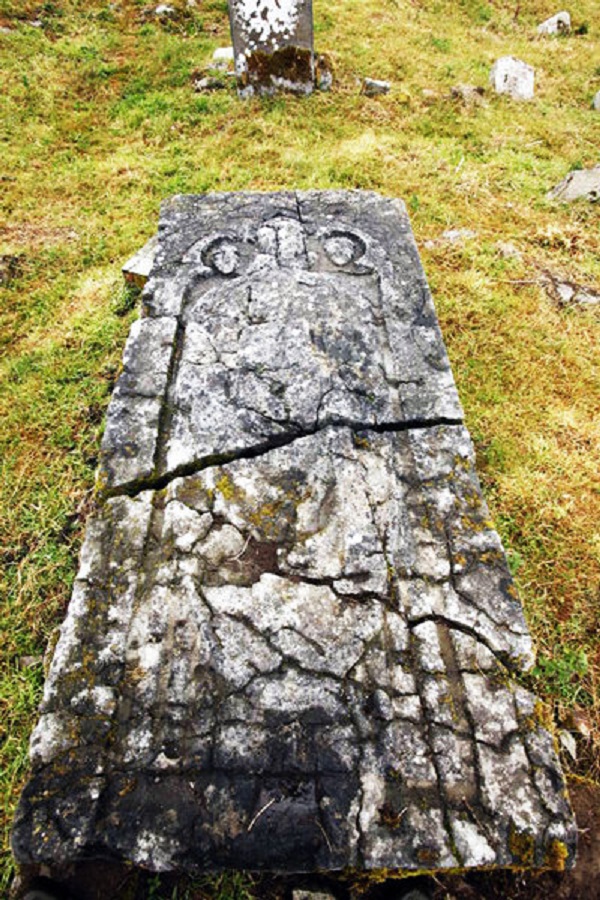 We all know of course that all these theories are incorrect because he still delivers present every Christmas. 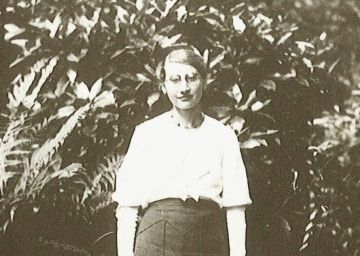 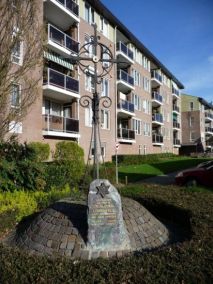 This is a WWII story from my hometown of Geleen in the Netherlands about a lady called Luise Löwenfels although she was known as Maria Aloysia Löwenfels AKA Sister Aloysia.

Luise Löwenfels (Trabelsdorf,Germany  5 juli 1915 – Auschwitz-Birkenau, ca. 9 augustus 1942). She was born in a small village called Trabelsdorf in Germany in a Jewish family.

Even though she was Jewish she attended a Roman Catholic school. When she was 10 her father passed away, in that time she did get consolation from her Catholic friends at school.

She was drawn to the Roman Catholic faith and often visited Catholic churches and would attend mass on a regular base, this to the dismay of her family.She would often be punished by her Mother and Brothers for this. Later when she still didn’t conduct herself in the manner her family expected her to she was disowned by them.

She sought refuge in nearby convents. In the 1930’s due to the Nazi imposed laws on the Jews she regularly had to change her place of residence.

Eventually she found refuge in a convent in Mönchengladbach

On 25 November 1935 she was baptized and received the name Maria Aloysia.

Due to increasing threat of the Nazi regime many Jews decided to leave Germany. Maria Aloysia’s plan was to move to England but she ended up in the Netherlands  in the small mining town Geleen near the Dutch-German border in the convent of ‘Arme Dienstmaagden van Jezus Christus’ – which translates to Poor Maidens of Jesus Christ. Who she joined on the 8th of December 1937, on the 12th of September 1940 she gave her first vows as a Nun. 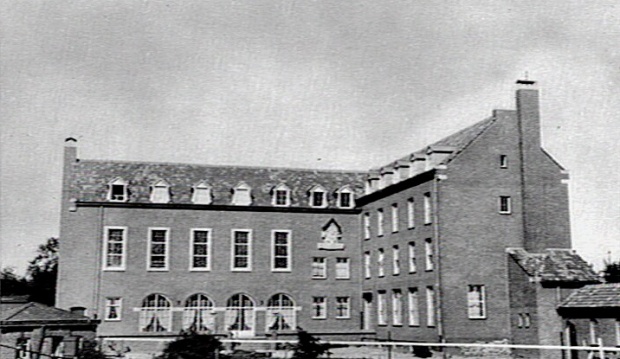 Because of her Jewish origin her religious live was made increasingly difficult, she was no longer allowed to teach at the local junior infant school and she was forced to wear the yellow star of David. 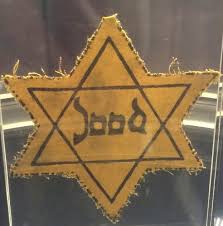 Although the German occupiers had promised not to pursue the Jews who had converted to Christianity , they deviated from this decision after the Dutch Bishops had openly protested against the German actions.

Together with dozens of other Catholic converted Jews including  Edith Hedwig Stein [St. Teresia Benedicta of the Cross, OCD] and her sister Rosa Adelheid Stein, who both lived in the nearby convent of Echt, Sister Aloysia was arrested and were brought to Kamp Amersfoort. 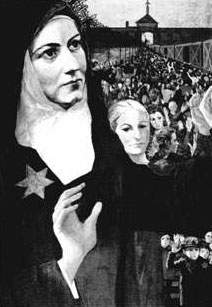 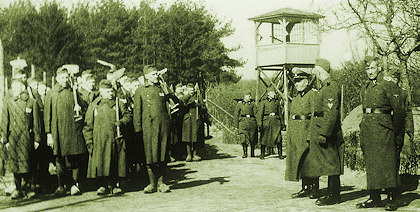 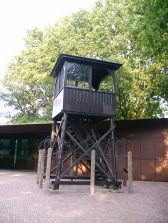 Then they were transported to Westerbork . 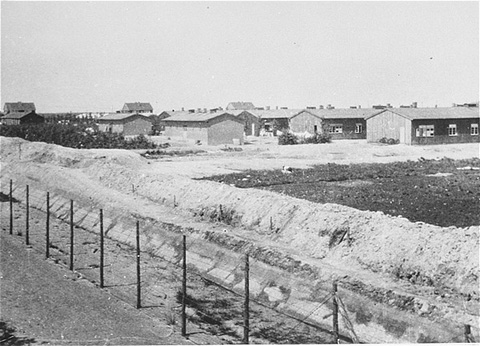 On the 7th of August 1942 they were all transported to Auschwitz-Birkenau where they most certainly were led straight to gas chambers when they arrived on the 9th of August. 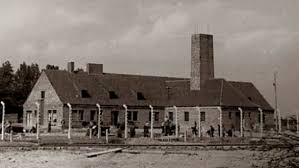 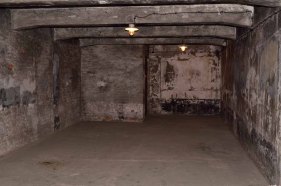 Sister Aloysia died the tender age of 27. Her only ‘crime’ was being born in a Jewish family.

The convent had been destroyed in October 1942 by a bombing campaign by the allies who had mistaken Geleen voor nearby Aachen in Germany.

The convent was rebuild in 1950 but closed again in the 80’s, however the Sisters still have a community in Geleen and involve themselves mainly with looking after refugees.

On the 28th of June 2006 a monument in remembrance of Sr. Maria Aloysia Löwenfels. It was placed approximately where they old Convent once stood. 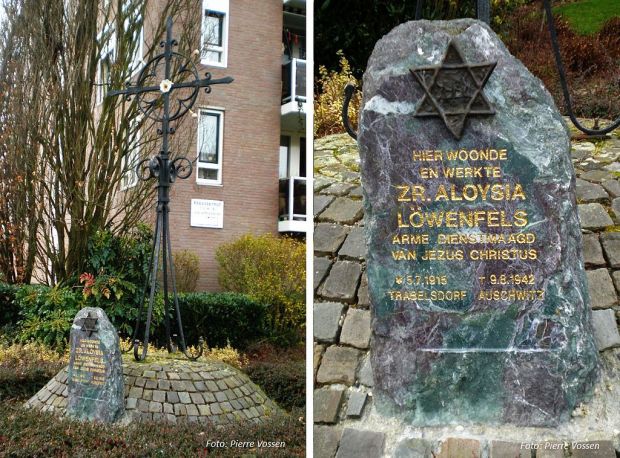 In 2015 the Apostolic administrator of the German diocese Limburg has started the canonization procedure (The official process for declaring someone a saint)for Sr Aloysia. To have her declared a Martyr.