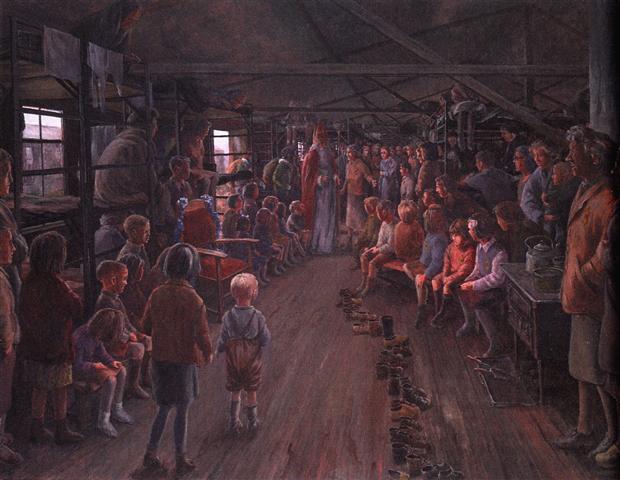 The Dutch Christmas is slightly different then other Christmas celebrations. On the 5th of December the Dutch celebrate “Sinterklaas” Saint Nicholas,although it is basically the same figure as Santa Claus or Father Christmas. There are subtle differences in the “configuration”

Sinterklaas doesn’t come from Lapland but from Spain and arrives on a steam boat and a white horse rather then a sleigh and reindeer. His helpers aren’t elves but are moors called ‘Zwarte Piet’ Black Pete, and he comes in the traditional dress as a Bishop. Although it is a Christian tradition generally it is celebrated across most religions.

Leo Meijer was a small Jewish boy in September 1942 when he was aged 7 he was taken from his home together with his Family and was deported to Camp Westerbork. 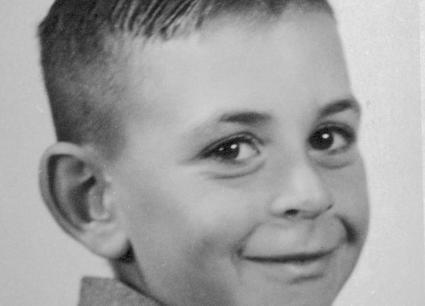 In December 1943 he wrote the following note to Sinterklaas

“Dear Sint en Piet,I really like the role of mints I got and I now give you the last piece of my Rye Bread for your horse. my father is very ill and I don’t like it in Westerbork, it’s a nasty place. Do you remember from before when I lived in Zwijndrecht you gave me a Trainset. I know you will be coming to Barrack 66, I’ll be there too.”

Leo Meijer attended the Onderdijkschool in Zwijndrecht. When Jewish children had to leave the school, he enrolled at the Jewish school in Dordrecht. Leo Meijer excelled in drawing. 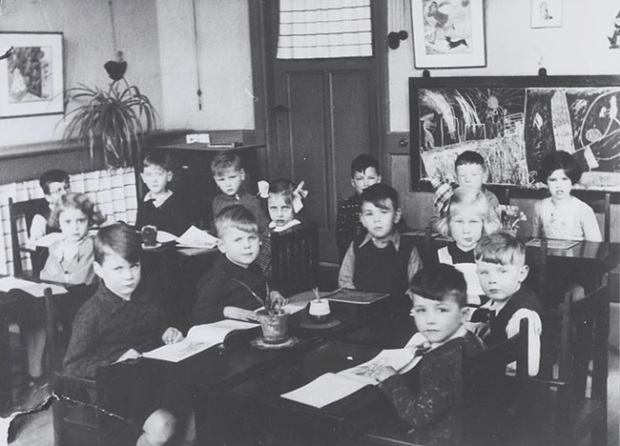 In 1943 he got drawing paper from Sinterklaas. Leo used this paper to draw his experiences in Westerbork and his memories of the time he lived in his hometown Zwijmdrecht, like the time he went to the Circus and he had seen an elephant. 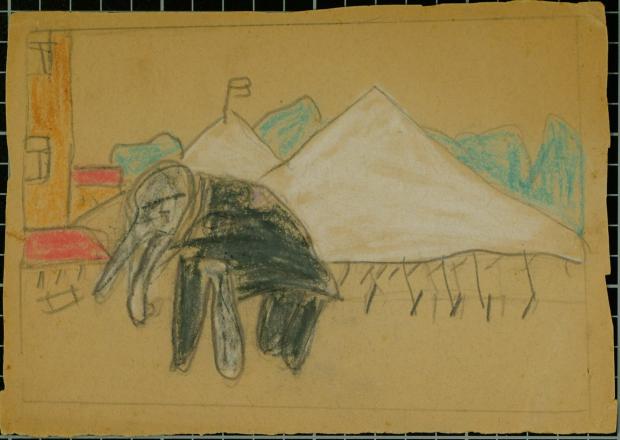 Leo and his family were deported from Westerbork to Theresienstadt on 5 September 1944 and subsequently to Auschwitz on 4 October 1944.Where Leo and his mother are send to the gas chambers upon arrival. 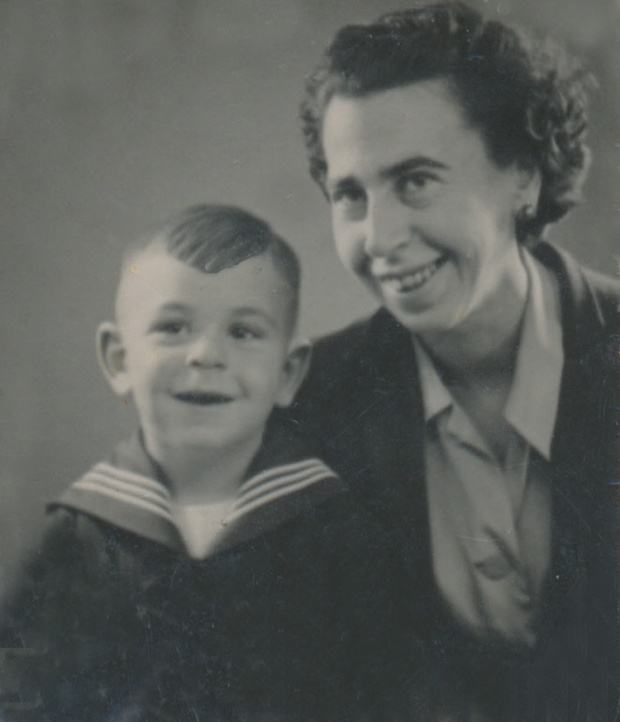 The photo was shot during wartime, 6 December 1944

(Sinterklaas, St-Nicholas in the Netherlands and Belgium, arrives in Rucphen, a town near Roosendaal (The Netherlands). Normally Sinterklaas arrives on a white horse but this he uses a Sherman-tank.) 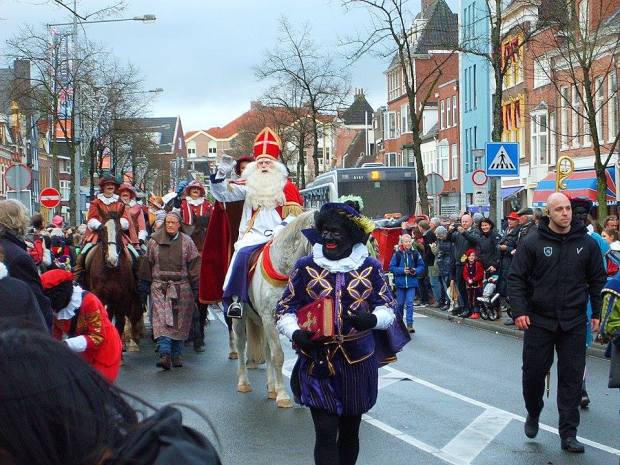 Sinterklaas or Sint-Nicolaas is a mythical figure with legendary, historical and folkloric origins based on Saint Nicholas(He is the primary source of the popular Christmas icon of Santa Claus). Other names for the figure include De Sint (“The Saint”), De Goede Sint (“The Good Saint”), and De Goedheiligman (“The Good Holy Man”)

Nowadays this mythical figure is causing a bit of controversy with the Political Correct brigade, they claim this MYTHICAL figure and his MYTHICAL servant, who happens to be black is promoting racism and glorifying slavery, the point they are forgetting is they are mythical .It is basically the equivalent of saying that Santa Claus is  exploiting small people and is  guilty of child labor.But I am not going to focus on that but rather on the WWII era.

Sinterklaas is celebrated annually with the giving of gifts on 5 December, the night before Saint Nicholas Day in the Northern Netherlands and on the morning of 6 December, Saint Nicholas Day itself, in the (Roman Catholic) southern provinces, Belgium, Luxembourg and Northern France (French Flanders, Lorraine and Artois). He is also well known in territories of the former Dutch Empire, including Aruba, Bonaire, Curaçao, and Suriname.

During the German occupation of the Netherlands (1940–1945) many of the traditional Sinterklaas rhymes were rewritten to reflect current events. 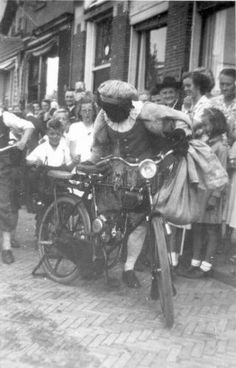 he Royal Air Force (RAF) was often celebrated. In 1941, for instance, the RAF dropped boxes of candy over the occupied Netherlands. 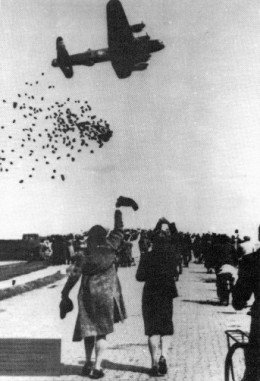 One classical poem turned contemporary was the following:

R.A.F. version
R.A.F. Little Capon,
throw something in my little shoe
throw [bombs] at the Krauts
but scatter [candy] in Holland!

This is a variation of one of the best-known traditional Sinterklaas rhymes, with “R.A.F.” replacing “Sinterklaas” in the first line (the two expressions have the same metrical characteristics in the first and second, and in the third and fourth lines). The Dutch word kapoentje (little rascal) is traditional to the rhyme, but in this case it also alludes to a capon. The second line is straight from the original rhyme, but in the third and fourth line the RAF is encouraged to drop bombs on the Moffen (slur for Germans, like “krauts” in English) and candy over the Netherlands. Many of the Sinterklaas poems of this time noted the lack of food and basic necessities, and the German occupiers having taken everything of value; others expressed admiration for the Dutch Resistance.

Originally Sinterklaas was only accompanied with one (or sometimes two) Zwarte Pieten, but just after the liberation of the Netherlands, Canadian soldiers organized a Sinterklaas party with many Zwarte Pieten, and ever since this has been the custom, each Piet normally having his own dedicated task. 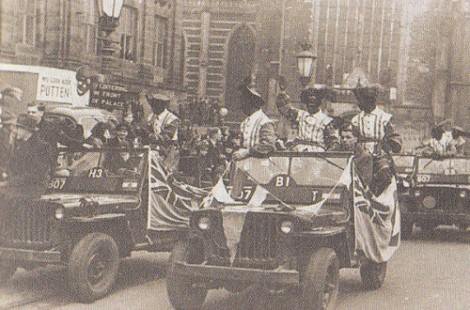 The arrival of Sinreklaas has always been a big event in the Dutch Christmas time celebrations,ever since the first arrival in Venray in 1888 it has been a major event.

However during the war years these arrival events were organized by National Socialist organizations like “Winterhulp” and “Nationale Jeugdstorm” from the NSB,basically the Dutch equivalent of the Hitler Youth. 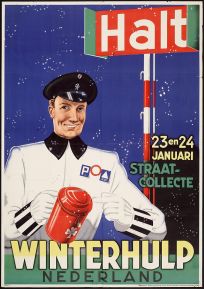 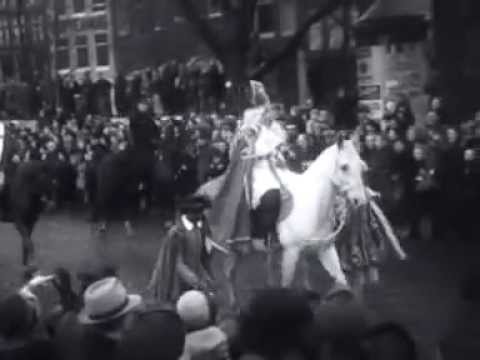 He didn’t always look like a jolly man during the war years this picture was taken in 1940. his 2 servants are in some sort of uniform so I reckon this arrival may not have been authorized by the NSB. 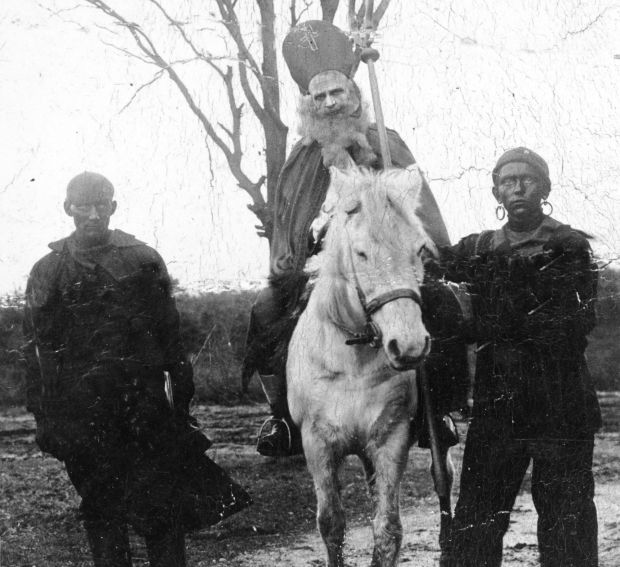 It is sad to see that currently some people want to destroy what is basically a joyful event for children. In the darkest of days during WWII it would have given some hope and some sense of normality to the children,even when some of it was organized by the Dutch National Socialist Party