Agatha Christie is one of the greats of mystery literature. For eleven days, she was at the center of her own mystery, that got international headlines. On a December night, she drove away from her home in Berkshire and vanished completely. Her car was found abandoned and a huge manhunt was launched. Arthur Conan Doyle, author of the Sherlock Holmes mystery stories, participated in the search. 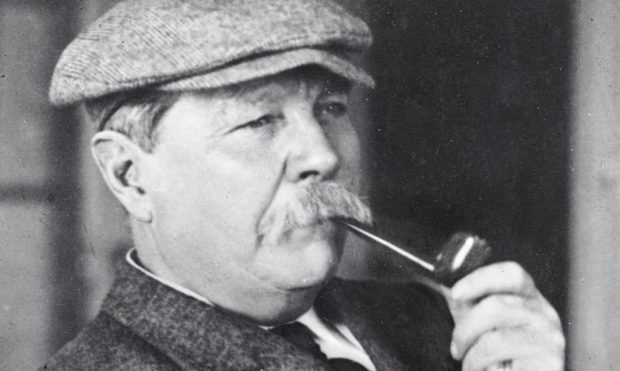 At shortly after 9.30 p.m. on Friday 3 December 1926, Agatha Christie got up from her armchair and climbed the stairs of her Berkshire home. She kissed her sleeping daughter Rosalind, aged seven, goodnight and made her way back downstairs again. Then she climbed into her Morris Cowley and drove off into the night. She would not be seen again for eleven days.

Her disappearance would spark one of the largest manhunts ever mounted. Agatha Christie was already a famous writer and more than one thousand policemen were assigned to the case, along with hundreds of civilians. For the first time, aeroplanes were also involved in the search.

The Home Secretary, William Joynson-Hicks, urged the police to make faster progress in finding her.

Two of Britain’s most famous crime writers, Sir Arthur Conan Doyle, creator of Sherlock Holmes, and Dorothy L. Sayers, author of the Lord Peter Wimsey series, were drawn into the search. Their specialist knowledge, it was hoped, would help find the missing writer.

It didn’t take long for the police to locate her car. It was found abandoned on a steep slope at Newlands Corner near Guildford. But there was no sign of Agatha Christie herself and nor was there any evidence that she’d been involved in an accident.

For 11 days the country buzzed with conjecture about the disappearance. All the elements of a classic Christie story were there. The Silent Pool, a natural spring near the accident scene, for instance, was said to be the site of the death of a young girl and her brother and many thought the novelist had drowned herself there. Others suggested the incident was a publicity stunt, while, more chillingly, some clues seemed to point in the direction of murder at the hands of her unfaithful husband, Archie Christie, a former First World War fighter pilot.

Arthur Conan Doyle, a keen occultist, tried using paranormal powers to solve the mystery. He took one of Christie’s gloves to a celebrated medium in the hope that it would provide answers. It did not.

Dorothy Sayers visited the scene of the writer’s disappearance to search for possible clues. This proved no less futile.

Not until 14 December, fully eleven days after she disappeared, was Agatha Christie finally located. Eventually, it was revealed that Christie had absconded to Harrowgate via train, where she spent eleven days hobnobbing with the young social crowd under the name of her husband’s mistress. Christie, upon being discovered, says she had no memory of the events.

Until now the two most popular theories offered for these strange events have been that either Christie was suffering from memory loss after a car crash, or that she had planned the whole thing to thwart her husband’s plans to spend a weekend with his mistress at a house close to where she abandoned her car.