Operation Pastorius will mean not much too most people. It is one of those forgotten WWII operations. Forgotten because it was a complete failure.

Shortly after midnight on the morning of June 13, 1942, four men landed on a beach near Amagansett, Long Island, New York from a German submarine, clad in German uniforms and bringing ashore enough explosives, and other materials to support a prolonged career of 2 years in sabotaging  American defense-related production.

On June 17, 1942, a similar group landed on Ponte Vedra Beach, near Jacksonville, Florida, equipped for a similar career in industrial disruption. 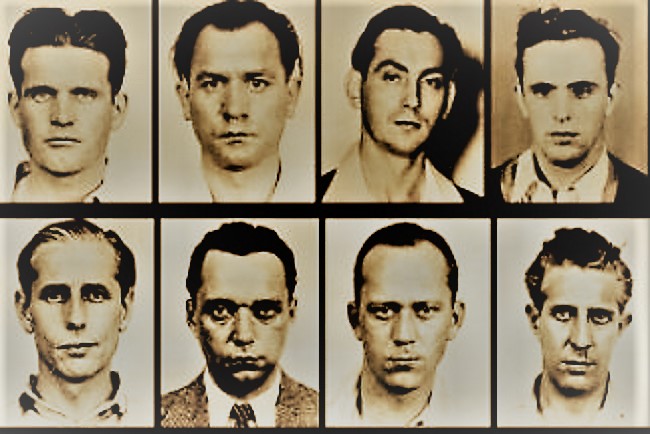 Two of them, Ernst Burger and Herbert Haupt, although born in Germany had obtained American citizenship as they had lived in the US, but both had returned to Germany.

After they arrived they buried their explosives, primers and incendiaries,  along with their uniforms, and put on civilian clothes to begin an expected two-year campaign in the sabotage of American defense-related production.

Shortly after landing Dasch was discovered in the dunes by an unarmed Coast Guardsman John C. Cullen, Dasch seized Cullen by the collar, threatened him, and then gave Cullen $260 .Cullen reported the incident to his superiors after returning to his station. The area was searched and the Coast Guard then discovered German equipment buried in the beach and reported it to President Franklin D. Roosevelt and the FBI. 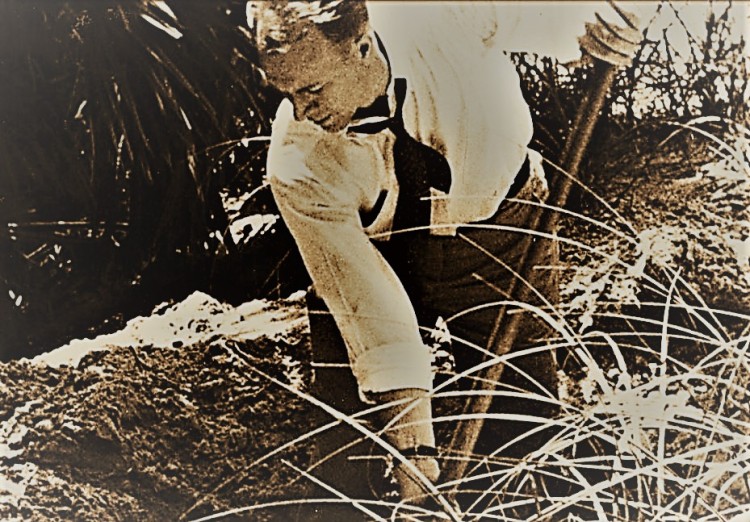 A massive manhunt for the German agents was conducted; however, they did not know where exactly the Germans were going.

In the mean time Dasch had lost his nerve ,his resolution to be a saboteur for the Fatherland turned out to be too much for him,perhaps he figured the whole project so big as to be impractical and wanted to protect himself before some of his companions took action on similar doubts. He advised Burger his plansto confess everything.

On the evening of June 14, 1942, Dasch, giving the name “Pastorius” contacted the FBI office in New York claiming he had recently arrived from Germany, and he wanted to talk directly to the head of the FBI,  J. Edgar Hoover. 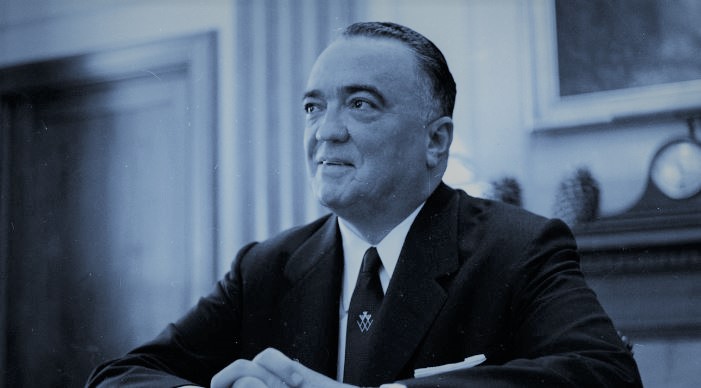 When the FBI agent was trying to figure out if he was talking to a nut case, Dasch hung up. Four days later, he took a train to Washington, D.C. and checked in at the Mayflower Hotel. Dasch walked into FBI headquarters, asked to speak with Director Hoover. He alluded to his prior call as “Pastorius” (of which Headquarters was aware) and furnished his location.He eventually spoke to Assistant Director D.M. Ladd and  was immediately taken into custody.

Besides Burger, none of the other German agents knew they were betrayed. Over the next two weeks, Burger and the other six were arrested.

Thinking that a civilian court would be too lenient on the men, President Roosevelt issued Executive Proclamation 2561 on 2 July 1942 creating a military tribunal to prosecute the Germans. Placed before a seven-member military commission, the Germans were charged with the following offenses:

From July 8 to August 4, 1942. The trial was held in the Department of Justice Building, Washington, D.C.

All were found guilty and sentenced to death. However Roosevelt commuted Burger’s sentence to life in prison and Dasch’s to 30 years because they had turned themselves in and provided information about the others.

The remaining 6 were executed by electric chair on August 8,1942. 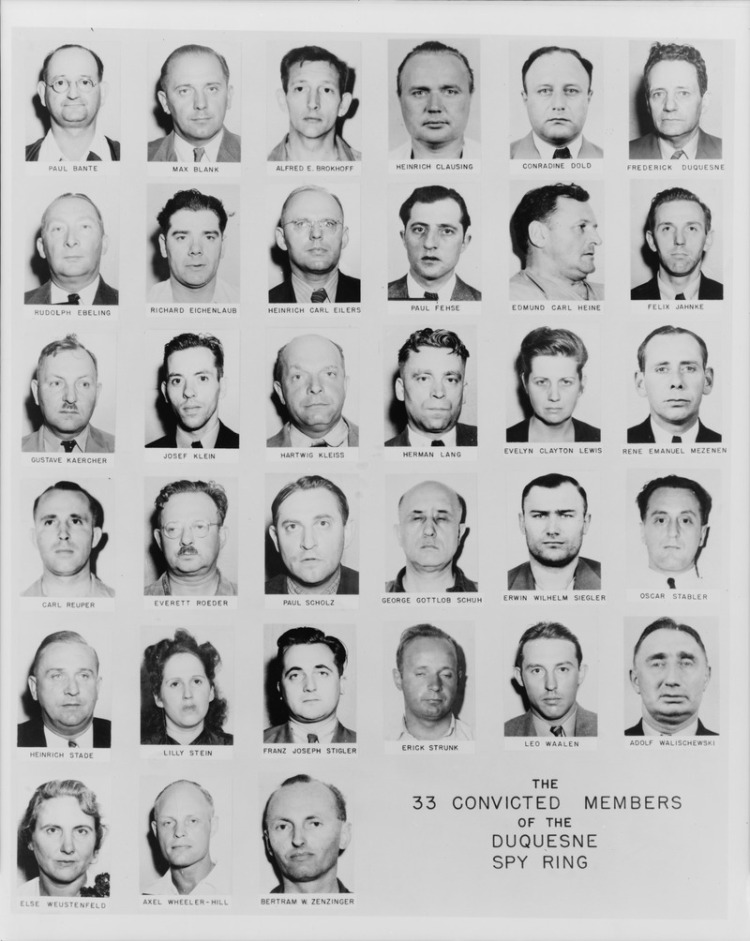 The Duquesne spy ring was the largest espionage operation case in the history of the United States that ended in convictions. It was a German ring operating within the United States during World War II and was run by Frederick Joubert Duquesne, a South African who became a naturalized American citizen in December 1913. 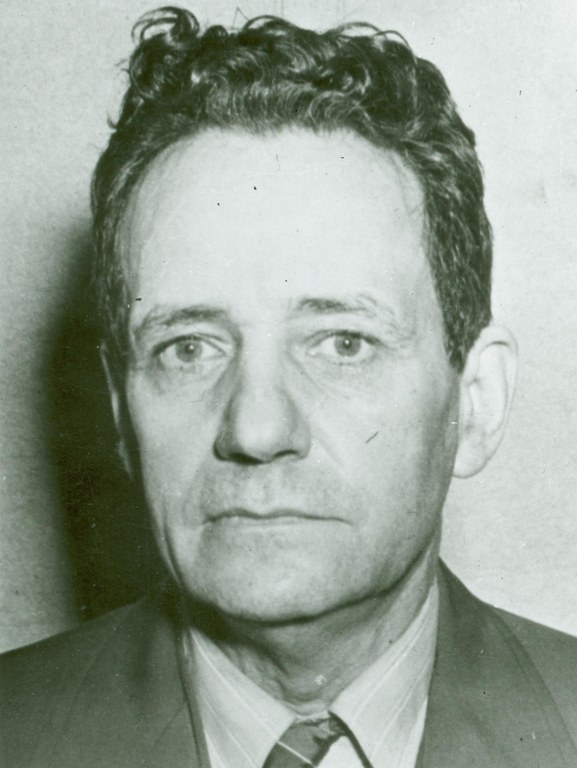 The ring was established in order to gather information that could be used in the event the United States entered the war. It was assigned to find holes in American military forces and preparedness before the United States entered the war and to find ways to destabilize the country and its morale. The information that members of the ring passed forward related to acts of domestic terrorism and sabotage as well as industrial and military espionage.

The ring came to light when William Sebold, a German native who had served in the Imperial German Army during World War I, moved to the United States and became a naturalized citizen on February 10, 1936. 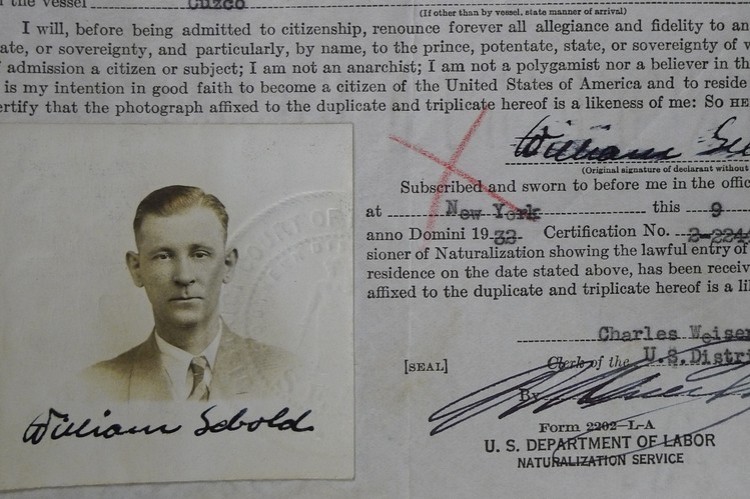 While living in the United States and for a while in South Africa, he had worked in industrial and aircraft plants. When he returned to Germany in February 1939 to visit his ailing mother, he was approached by a member of the Gestapo and told that he would be contacted at a later time. He obtained a job in Mülheim and seven months later was visited by a gentleman who introduced himself as Dr. Gassner. Gassner questioned him intensely about his knowledge of military planes and equipment and then posed the possibility of Sebold returning to the United States and serving as a spy for Germany. Subsequent visits by Gassner and another man (later identified as Major Nickolaus Ritter of the German Secret Police) prompted him to agree to act as a spy rather than face reprisals against his family in Germany.

Sebold’s passport was stolen after the visit by Gassner so he went to the U.S. Consulate to get a replacement. While there, he quietly told the consulate official that he had been recruited to spy on America and wanted instead to work as a double-agent for the U.S. Government. He was sent to Hamburg for espionage training by the Germans and was tutored on the use of micro-photographing and preparing coded-messages. He was given five microphotographs with information about the information he was to pass back to Germany. He was told to keep two and deliver the other three to three operatives, including Frederick Duquesne. He sailed back to the United States through Genoa, Italy and arrived in New York City in February 1940 under the guise of Harry Sawyer.

The Federal Bureau of Investigation had been informed of Sebold’s new role and aided him in getting a home and an office in the city. He played the role of Harry Sawyer, a diesel engineering consultant, and his office was chosen such the FBI could easily conduct surveillance at all times (the office was outfitted with hidden microphones and two-way mirrors). The FBI also set up an elaborate shortwave radio transmitting system and used it to maintain contact with German run shortwave radio stations in Germany. It would be the main radio apparatus used to communicate back and forth between the spies and their German handlers. FBI agents, acting as Sebold, passed along authentic sounding messages for 16 months (a total of 300 messages were sent to the Germans and 200 were received).

Sebold met repeatedly with various members of the spy network in his office, with the FBI recording all of it. He met several times with Duquesne and Duquesne passed information related to sabotage possibilities in industrial plants as well as plans for the development of a new bomb that he had stolen from a DuPont plant in Wilmington, Delware. Another member of the ring, Paul Bante, discussed plan to bomb different locations and even delivered dynamite and detonation caps to Sebold.

Through Sebold’s undercover efforts, the FBI gained enough evidence to arrest and convict all of the spies before they had a chance to carry out any of their goals. Fourteen of the group entered guilty pleas and the other 19 were found guilty of espionage on December 13, 1941. On the 2nd of January 1942,they were sentenced to a total of 300 years in prison. A higher-up in German-intelligence said that the Sebold activity dealt a death blow to the German-espionage efforts in the United States and J. Edgar Hoover called the sting operation the greatest spy roundup in the history of the United States.