Before you read this blog, have a close look at the above picture. It is a picture of an SS soldier, and you have probably seen many pictures like it, but there is something special about this one.On the sleeve on the left arm, at the left bottom, you can see part of a flag, however it is not the German flag but the Union Jack.

The picture is of Roy Courlander, a British born New Zealander. He was one of 54 Brits,Australians and New Zealanders who served in the British Free Corps, a unit of the Waffen SS 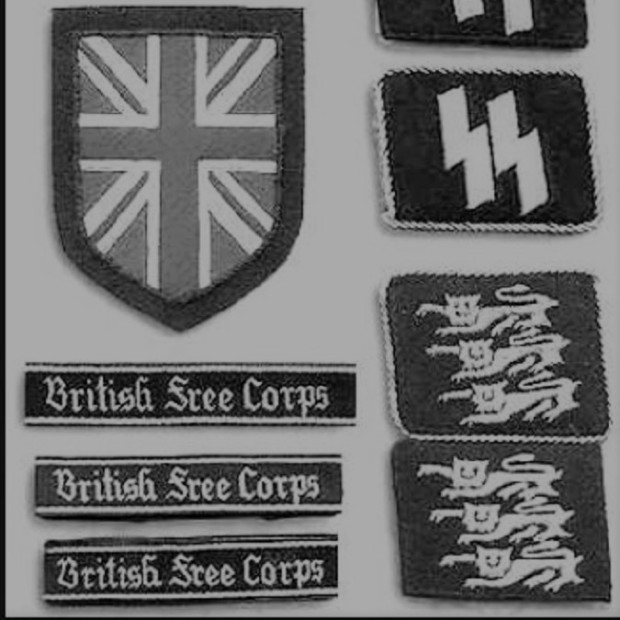 The British Free Corps were recruited from the POW camps, they were given a choice to fight for the SS or remain in the camp. In total 54 of them chose the former. However At no time did it reach more than 27 men in strength.

I could have focused on any of these men but what is so intriguing about Roy Courlander is his background.

He was born in London in 1914, out of wedlock. He was adopted  by Lithuanian Jewish businessman Leonard Henry Courlander  and his wife Edith Cater .

Roy was sent to a boarding school, his parents divorced when he was 19. He was sent to live and work on a coconut plantation owned by his father in the New Hebrides in the South Pacific.

In November 1938, Roy Courlander moved to  New Zealand and found administrative work  with the Land and Income Tax Department in Wellington.

On the outbreak of WWII, Courlander was enlisted into the New Zealand army, he was placed in the Intelligence Corps because his linguistic abilities, and served in the Western Desert and Greece, where he was captured in April 1941. As a prisoner of war, He  acted as a translator at the camp. He joined work parties in Austria and eventually in September 1943 was sent to Genshagen camp or Stalag III-D 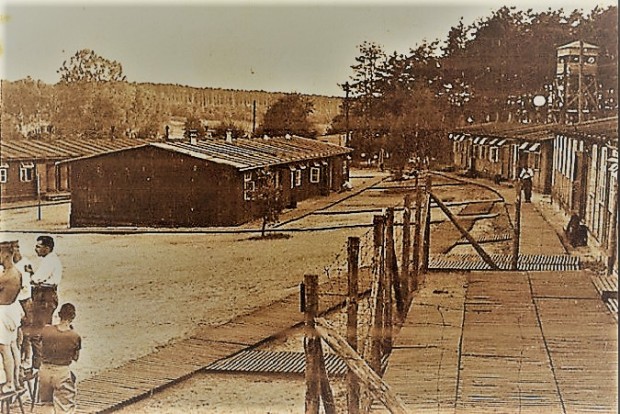 unbeknown to his fellow PoWs, Courlander secretly had fascist sympathies and was convinced of  the inevitability of a Nazi victory.

The Germans recruited Courlander in January 1944 for the British Free Corps.While imprisoned in  Genshagen, Courlander  came into contact with one of the most infamous British traitors of WWII – John Amery.

The British Free Corps had actually come  from John Amery,  son of the then serving British Secretary of State for India, Leo Amery.John Amery had  travelled to Berlin in October 1942 trying to sell the idea to the Germans for  the formation of a British volunteer force.

Initially christened the ‘Legion of St George’, the idea was personally approved by the Führer. On December 28, 1942.

In April 1944 Roy Courlander  was promoted to Unterscharführer (sergeant). his aim was to oust John Amery and take control of the Corps.

But eventually Courlander, left the BFC by volunteering for service with the war correspondent unit SS-Standarte Kurt Eggers, which operated at the Western front. As the year wore on, even the most hardened members of the BFC came to the realisation  that the war was going against Germany, and they had no desire to go into action. Their ultimate goal was to make for the Allied lines as soon as they got the chance. During thE summer OF 1944 Roy Courlander made plans to escape.,along with another BFC member, Francis Maton.

The two men boarded a train for Belgium in the company of a Flemish Waffen-SS unit. On 3 September 1944, the two men arrived in Brussels, where they teamed up with the Belgian Resistance. They partook in street fighting against the Germans. Courlander got injured  during the action. The following day, they surrendered themselves  to a British officer, and  became  the first two BFC men to be arrested.

He was Court-martialed by the New Zealand military authorities, on 3 October 1945, in Westgate-on-Sea near Margate in Kent and was sentenced to 15 years in prison on a charge of “voluntarily aiding the enemy”

In May 1950 the sentence reduced to 9 years after an appeal by Courander. He died in Australia in 1979.

What amazes me the most that although he was brought up by Jewish adoptive parents, he by all accounts gave him a good life, he joined the SS. 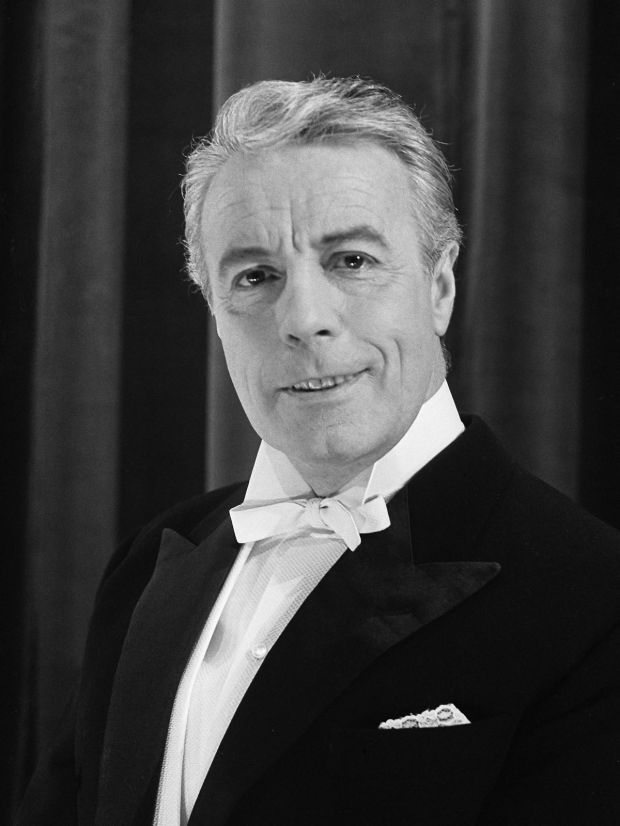 Johannes Heesters  a very controversial Dutch Tenor and actor, and although I try no to judge people I think it is save to call this man a traitor whose only passions were fame and wealth.

Heesters was born in Amersfoort, Netherlands, the youngest of four sons. His father Jacobus Heesters (1865–1946) was a salesman and his mother Geertruida Jacoba van den Heuvel (1866–1951), a homemaker.

Heesters was fluent in German from a very early age having lived for several years in the household of a German great uncle from Bavaria. Heesters decided to become an actor and a singer at the age of sixteen and began vocal training. Heesters specialized in Viennese operetta very early in his career, and made his Viennese stage debut in 1934 in Carl Millöcker’s Der Bettelstudent (The Beggar Student). 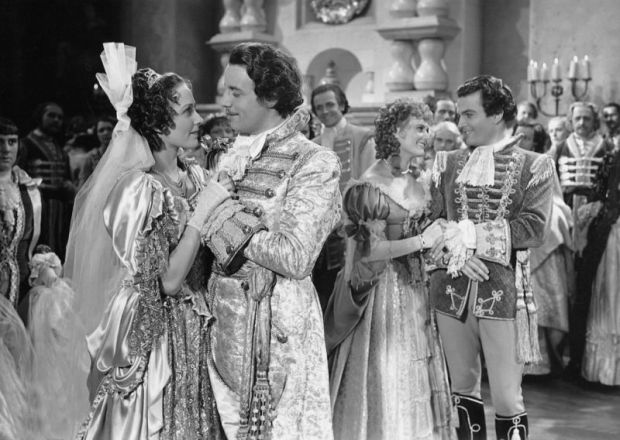 Aged 31, Heesters permanently moved to Germany with his wife and daughters in 1935. His signature role was Count Danilo Danilovitch in Franz Lehár’s Die Lustige Witwe (The Merry Widow). His version of Count Danilo’s entrance song, “Da geh’ ich ins Maxim“, was well known. During his time in Germany, he performed for Adolf Hitler and visited the Dachau concentration camp, which made him a controversial figure for many Dutch. Joseph Goebbels placed Heesters on the Gottbegnadeten (God gifted) list as an artist considered crucial to Nazi culture.

Heesters, a charmer like Maurice Chevalier, was the most honored non-German entertainer in Nazi Germany. With such prominent endorsement, he went on to a career in film, stage and television after the war, and went on to win many awards. But only in German-speaking countries did people excuse his opportunistic wartime behavior. In the 1960s he tried to do a show in the Netherlands, as the anti-Nazi Captain Georg van Trapp in “The Sound of Music” and was hooted off the stage.

Heesters funded the German war machine by donating money to the weapons industry.This helped to make Heesters a very controversial figure in the late 1970s. Heesters always denied these accusations despite reliable evidence.

Heesters befriended several high-ranking Nazi-officials and SS-officers.Hitler is known to have been an avid admirer of his acting skills.

At the same time, he was idolized by the Swingboy subculture, who admired his pale face and combed long black hair and tried to copy his attire. His style contrasted that promoted by the Hitlerjugend.

Heesters met Hitler several times.especially in the role of Count Danilo. Throughout the war Heesters continued to perform for German soldiers in camps and barracks. According to German author Volker Kühn, Heesters did perform for the SS at the Dachau concentration camp.

Kühn cites as evidence the testimony of a Dachau inmate, Viktor Matejka, who worked for the SS and told Kühn he pulled the curtain when Heesters performed in 1941.According to German writer Jürgen Trimborn  however, the interview with Matejka may not be reliable as it occurred some fifty years after the performance was said to have taken place.

In December 2009, Heesters lost his libel suit against Kühn. While acknowledging having visited the camp, he denied having performed as entertainment for the SS troops.

In its ruling, the German court did not find that Kühn’s allegations were not true, but rather that too much time had passed for an accurate determination of fact to be made.

Heesters, who died in 2011 at the age of 108, said he was “gullible, credulous and naive”, and had no idea what was going on inside German concentration camps. Then again, he also said Hitler was “a good guy” 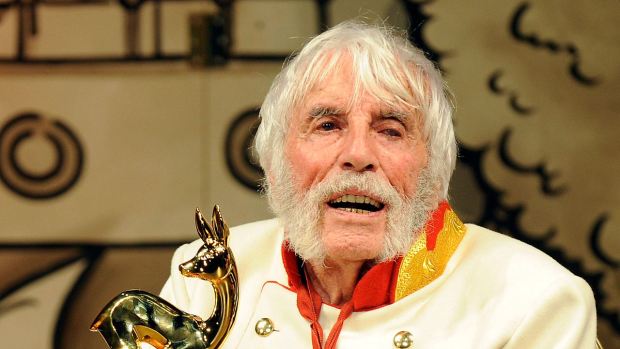