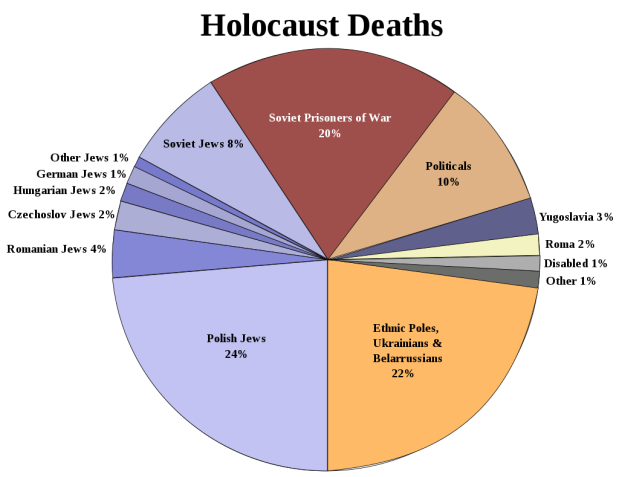 The numbers are truly staggering but to be honest I don’t really care if 500,000 or 15 million got killed, for these numbers are statistics and that is all they are.But every number has a story.

I am interested in the first victim, for the Holocaust didn’t start at the 6th million Jewish victim but the first.

On April 12th 1933 Arthur Kahn was executed in the newly build concentration camp,Dachau.

Ernst Goldmann, Rudolf Benario and Erwin Kahn were executed shortly afterwards. This fact is important to determine where the guilt lies for the Holocaust. In April 1933 the world knew about Dachau and although there are no records about it but these executions most have certainly being mentioned in the global media.

Because of the political situation in Germany there were thousands of international reporters working and living in Germany, and they surely most have heard of the executions of 4 Jewish men.

In 1933 Germany wasn’t yet the powerful nation it became in later years and it would have been so easy for the allied governments and the league if nations  to intervene and hold Hitler and his henchmen to account ,for Germany was still bound to the treaty of Versailles. And if they would have read “Mein Kampf” they would have seen the blueprint of things to come

But they failed to do so therefor giving Hitler a cart blanche to do whatever he wanted to do.

Nazi Germany were the executioners but they were empowered by the league of nations.