“A child is born with no state of mind,blind to the ways of mankind”

The only ‘crime they committed was being born at the wrong time,in the wrong place and sometimes to the wrong parents.

Below are pictures of some the Children of WWII, some of these images may be distressing but I feel it is important to show them.

These children are eating carrots on sticks, instead of ice 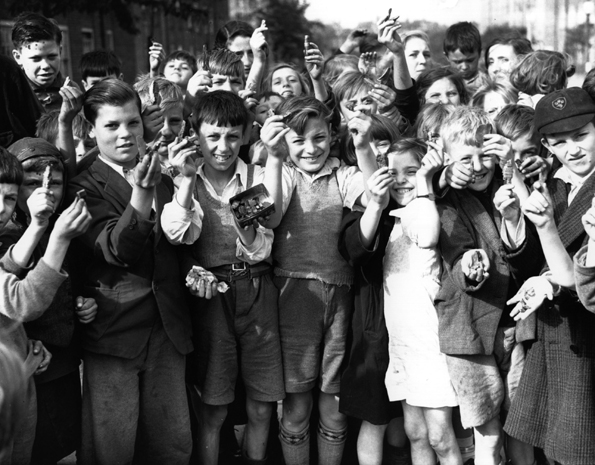 A young child leaning next to her dead Mother in a camp for civilians somewhere in the Soviet Union.

Adolescent German prisoners of war – almost children – in an American prison camp shortly after the end of World War II.

Children being evacuated by train out of Berlin, Germany.

Two young brothers, seated for a family photograph in the Kovno ghetto. One month later, they were deported to the Majdanek camp.

A photograph of orphaned children within the Lodz ghetto

Family members say goodbye to a child through a fence at the ghetto’s central prison where children, the sick, and the elderly were held before deportation .

Children practising first aid, with dolls. They are playing in a bomb-damaged house during the Blitz 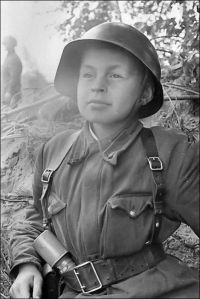