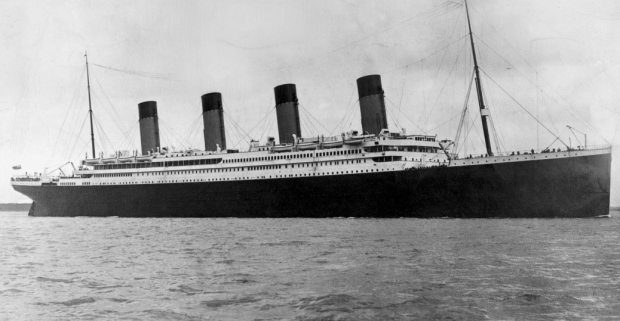 109 years ago today as the Titanic was sinking, band leader Wallace Hartley decided to stay on the ship together with his fellow musicians.

Why?  I don’t really know, but I think it was to give that glimmer of hope to those who were facing their last minutes before their mortal coils would give up. What is even more amazing is the fact that the piece of music they played was “Nearer my God to thee” these are the heroes who are often forgotten.

After the Titanic hit an iceberg and began to sink, Hartley and his fellow band members started playing music to help keep the passengers calm as the crew loaded the lifeboats. Many of the survivors said that he and the band continued to play until the very end. None of the band members survived the sinking, and the story of them playing to the end became a popular legend. One survivor who clambered aboard ‘Collapsible A’ claimed to have seen Hartley and his band standing on the boat deck, near the entrance to the grand staircase, near the base of the second funnel. He went on to say that he saw three of them washed off while the other five held on to the railing on top the Grand Staircase’s deck house, only to be dragged down with the bow, as Hartley exclaimed, “Gentlemen, I bid you farewell!” A newspaper at the time reported “the part played by the orchestra on board the Titanic in her last dreadful moments will rank among the noblest in the annals of heroism at sea.”

Many of the survivors said that Hartley and the band continued to play until the very end. One second class passenger said:

“Many brave things were done that night, but none were more brave than those done by men playing minute after minute as the ship settled quietly lower and lower in the sea. The music they played served alike as their own immortal requiem and their right to be recalled on the scrolls of undying fame”

This is my salute to those who kept faith until the last moment.