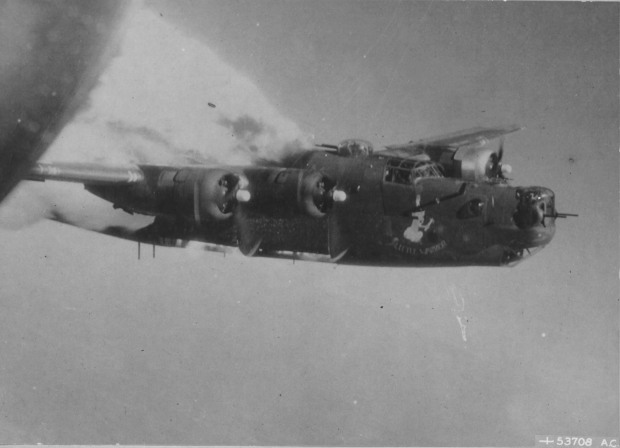 Especially  during WWII where there were no sophisticated systems on board like they have nowadays.

Following are just some examples where flying did become hell in the skies.

This Hellcat, the Grumman F6F-5P of Fighter Squadron VF-23, crash landed on the deck of the American aircraft carrier the USS Princeton in 1943. When the Hellcat’s arrest gear engaged, the plane ripped in half

On November 10, 1943, this Hellcat crash landed on the deck of the aircraft carrier the USS Enterprise. It crashed into the ship’s port side 20mm gun gallery. In this (colorized) photo, Lieutenant Walter L. Chewning, Jr. is seen helping the pilot out of the burning plane. The pilot, Ensign Byron M. Johnson, survived relatively uninjured.

21 Aug 1944. B-26 Marauder of the 12th AF, 42nd Bomb Division loses its right engine after a direct flak hit. Moments after the picture was taken the stricken bomber crashed 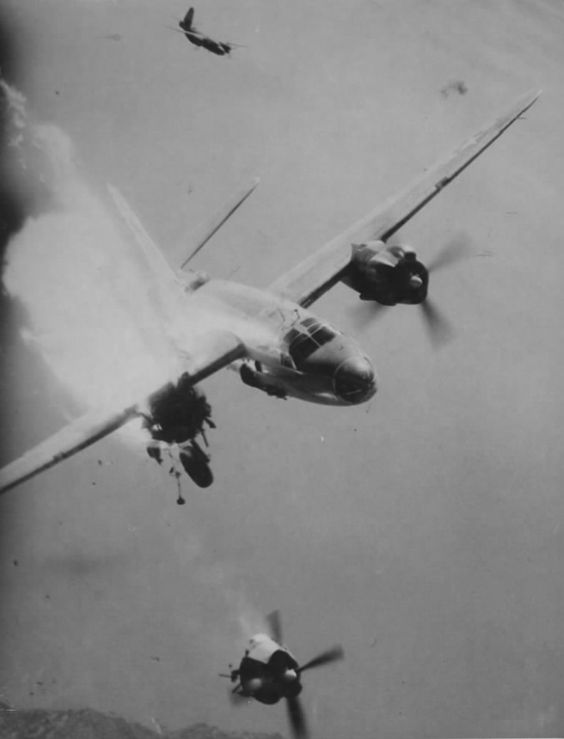 Is there any wonder why the B-17 was loved by all who flew them, being shot at, greatly damaged and yet survived. 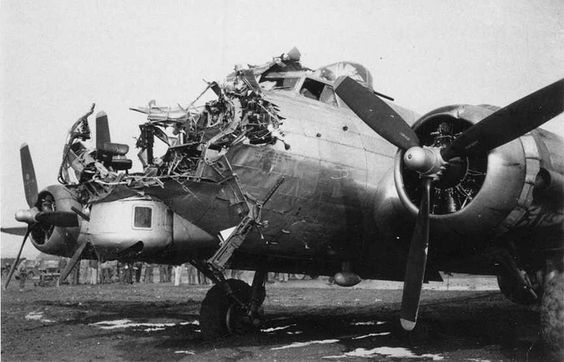 This Consolidated B-24D Liberator is now resting on Atka Island, Alaska. It was crashed landed there on December 9, 1942 when bad weather made it impossible to land at any of the airfields within range. The pilot made a belly landing and nobody was killed. 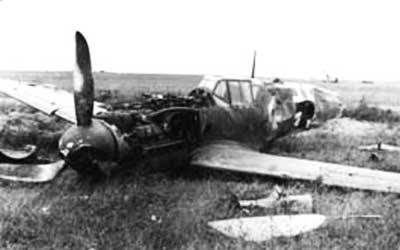 Vought Corsair crashes on the Deck of a Carrier when the arresting gear failed. Most likely sometime during WW II. in the Pacific Theater. 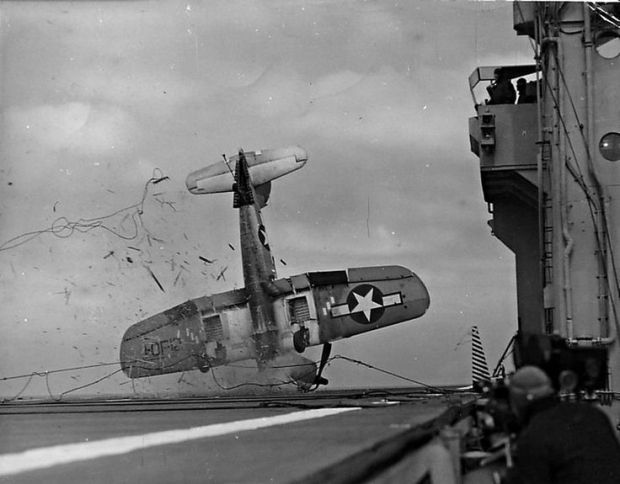 A Japanese Zero is seen here still stuck in the trees it crash landed into in WWII. It crashed into a Papua New Guinean forest and was never brought down from its perch. It has sat there since the War. 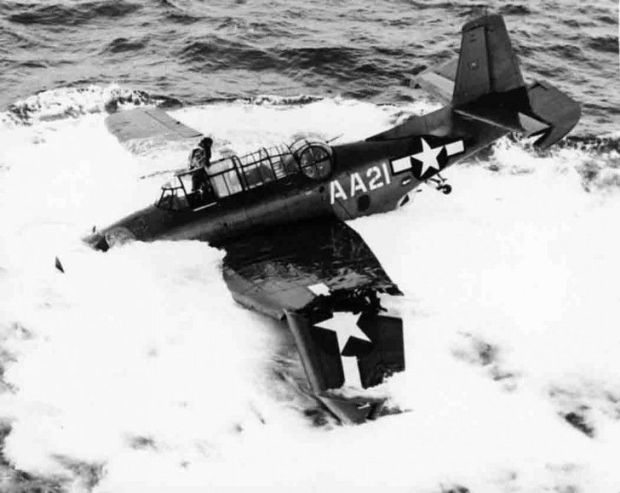 A Superfortress rests on a dirt mound after it crash landed with two engines working at Iwo Jima, Japan, on April 1945 during World War II. 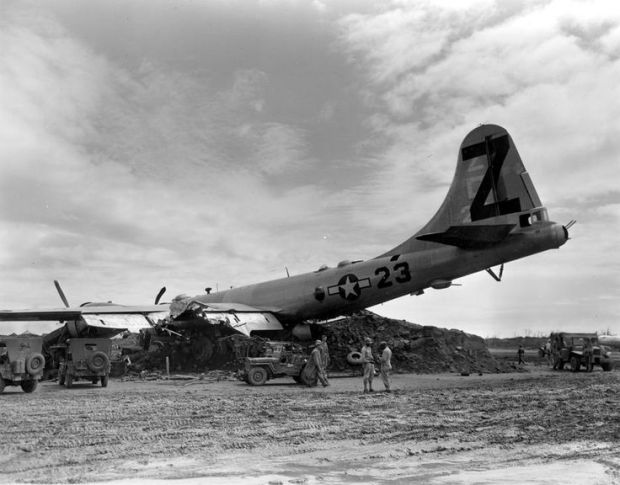 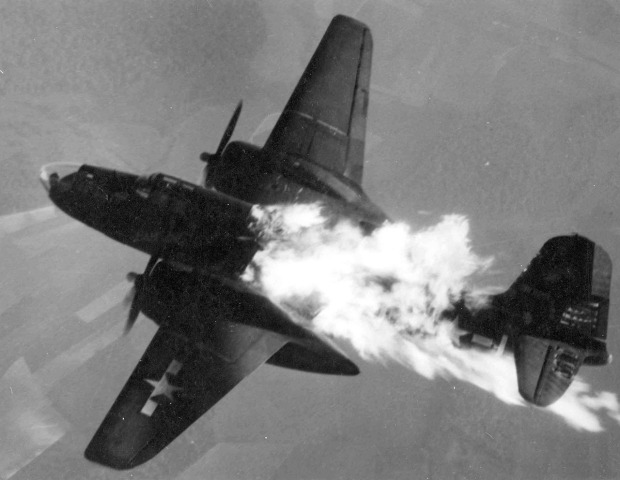 A L2D Japanese transport plane, shot down by American fighters over the Philippines 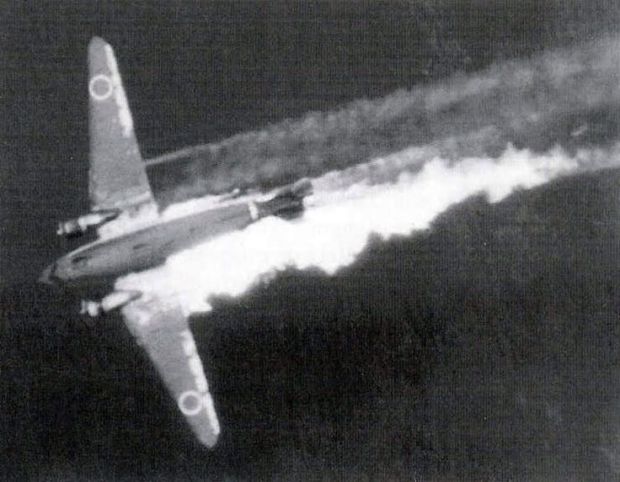 B-26 Marauder being shot down 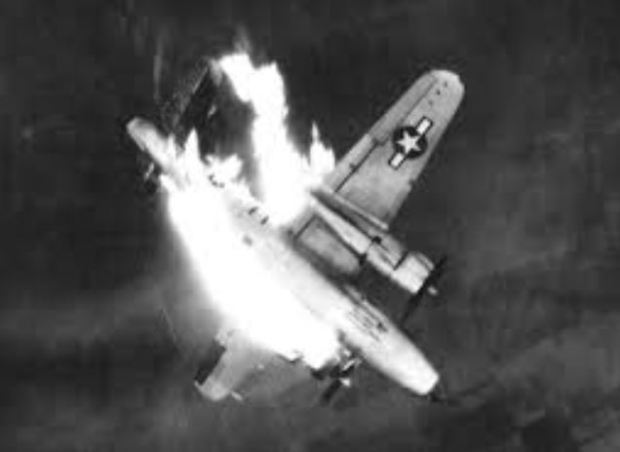