When we think of Christmas dinner now, we think of indulgence a non stop culinary feast, an abundance of food and drink.

During WWII however, it was anything but that. In most occupied countries people were trying to survive on very little food. In the US, UK and Canada food was rationed.Rationing was introduced in stages during the war, and it was one of the most concrete ways  life on the home front was impacted, Stamps and coupons were distributed to the homes as the means of rationing.

But people were innovative and still enjoyed Christmas meals during WWII albeit in a different configuration, even on the battlefield.

It could be argued that those Christmas dinners were better, not because of the quality but because they were real treats and would be appreciated more.

Below is just an example of a WWII Christmas recipe, try it out some day.

An unusual potato based recipe.

Method:
Rub fat into flour, add water and make a stiff paste.
Line a flan tin with paste, and pinch up edges to make a
pattern.

Drain raisins and spread over bottom of tart. Mix any
raisin juice with slightly warmed honey and almond
essence. Add potato and work in. Beat up egg and mix
into potato paste. Spread thinly and evenly over the
raisins. Decorate with thin strips of pastry and bake in
fairly quick oven until pastry is cooked and paste slightly
brown.

Christmas dinner at sea and on the battlefields 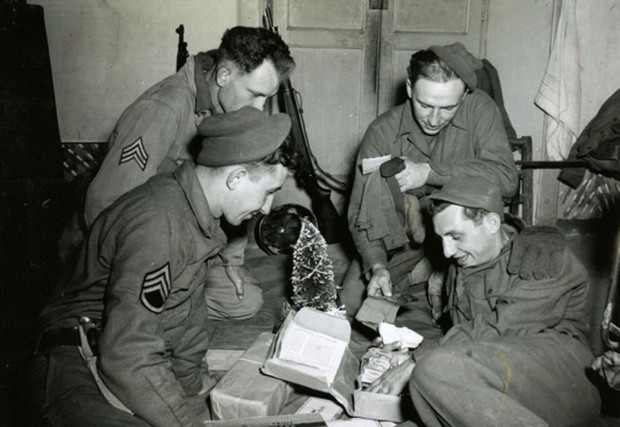 Christmas dinner and celebrations in the wardroom of HMS MALAYA. The ship is based at Scapa Flow. 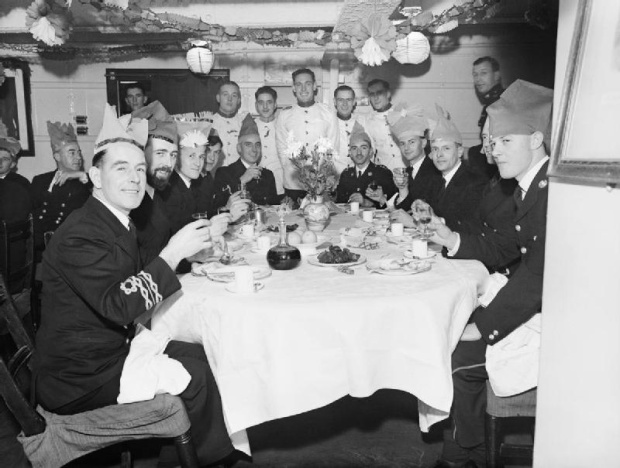 Christmas dinner celebrations on board HMS WESTMINSTER at Rosyth, December 1941.

With British soldiers away in Europe, war-hit families were issued with an urgent plea to invite their US colleagues to share their Christmas celebrations.

Faced with the prospect of their guests bringing extra food with them, families jumped at the chance to welcome the Americans into their homes, with some 50 invitations being offered for every GI, or Government Issue. 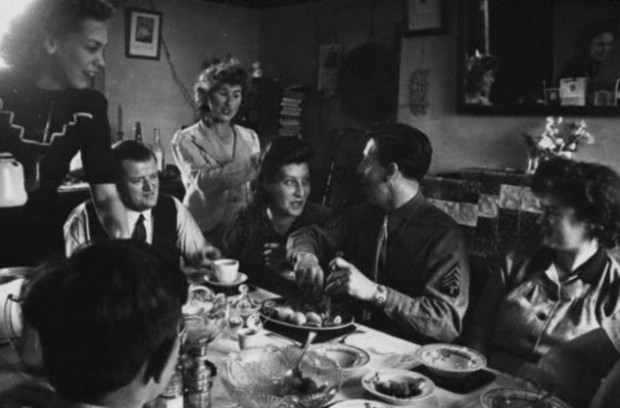 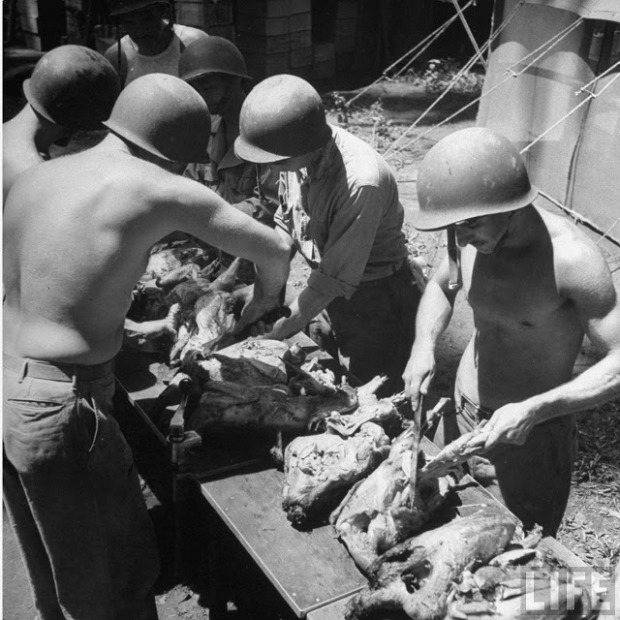