Mohandas Gandhi, frequently known by the honorific Mahatma (meaning “great soul”), was famous for advocating civil disobedience and nonviolence to achieve his goals.

Starting in 1921, Gandhi led the Indian independence movement through such methods, finally achieving freedom from the British empire in 1947, just six months before his death.

Less known is Gandhi’s efforts through a series of letters in 1939 and 1940 to keep German dictator Adolf Hitler from starting a war in Europe.

The British saw to it that the 1939 letter was never delivered. It seems they did not realise its propaganda value, considering how much Gandhi is revered today. But it did show that the Indian leader was a shrewd reader of international affairs – even a month before the Nazi-Soviet Pact made World War II inevitable, Gandhi had fully realised that the only way to avert war was for the German leader to adopt peaceful means to achieve his goals.

The second letter he send on Christmas eve 1940, it is not known if Hitler ever received it. Below is the full text of that letter.

That I address you as a friend is no formality. I own no foes. My business in life has been for the past 33 years to enlist the friendship of the whole of humanity by befriending mankind, irrespective of race, colour or creed.

I hope you will have the time and desire to know how a good portion of humanity who have view living under the influence of that doctrine of universal friendship view your action. We have no doubt about your bravery or devotion to your fatherland, nor do we believe that you are the monster described by your opponents. But your own writings and pronouncements and those of your friends and admirers leave no room for doubt that many of your acts are monstrous and unbecoming of human dignity, especially in the estimation of men like me who believe in universal friendliness. Such are your humiliation of Czechoslovakia, the rape of Poland and the swallowing of Denmark. I am aware that your view of life regards such spoliations as virtuous acts. But we have been taught from childhood to regard them as acts degrading humanity. Hence we cannot possibly wish success to your arms.

But ours is a unique position. We resist British Imperialism no less than Nazism. If there is a difference, it is in degree. One-fifth of the human race has been brought under the British heel by means that will not bear scrutiny. Our resistance to it does not mean harm to the British people. We seek to convert them, not to defeat them on the battle-field. Ours is an unarmed revolt against the British rule. But whether we convert them or not, we are determined to make their rule impossible by non-violent non-co-operation. It is a method in its nature indefensible. It is based on the knowledge that no spoliator can compass his end without a certain degree of co-operation, willing or compulsory, of the victim. Our rulers may have our land and bodies but not our souls. They can have the former only by complete destruction of every Indian—man, woman and child. That all may not rise to that degree of heroism and that a fair amount of frightfulness can bend the back of revolt is true but the argument would be beside the point. For, if a fair number of men and women be found in India who would be prepared without any ill will against the spoliators to lay down their lives rather than bend the knee to them, they would have shown the way to freedom from the tyranny of violence. I ask you to believe me when I say that you will find an unexpected number of such men and women in India. They have been having that training for the past 20 years.

We have been trying for the past half a century to throw off the British rule. The movement of independence has been never so strong as now. The most powerful political organization, I mean the Indian National Congress, is trying to achieve this end. We have attained a very fair measure of success through non-violent effort. We were groping for the right means to combat the most organized violence in the world which the British power represents. You have challenged it. It remains to be seen which is the better organized, the German or the British. We know what the British heel means for us and the non-European races of the world. But we would never wish to end the British rule with German aid. We have found in non-violence a force which, if organized, can without doubt match itself against a combination of all the most violent forces in the world. In non-violent technique, as I have said, there is no such thing as defeat. It is all ‘do or die’ without killing or hurting. It can be used practically without money and obviously without the aid of science of destruction which you have brought to such perfection. It is a marvel to me that you do not see that it is nobody’s monopoly. If not the British, some other power will certainly improve upon your method and beat you with your own weapon. You are leaving no legacy to your people of which they would feel proud. They cannot take pride in a recital of cruel deed, however skilfully planned. I, therefore, appeal to you in the name of humanity to stop the war. You will lose nothing by referring all the matters of dispute between you and Great Britain to an international tribunal of your joint choice. If you attain success in the war, it will not prove that you were in the right. It will only prove that your power of destruction was greater. Whereas an award by an impartial tribunal will show as far as it is humanly possible which party was in the right.

You know that not long ago I made an appeal to every Briton to accept my method of non-violent resistance. I did it because the British know me as a friend though a rebel. I am a stranger to you and your people. I have not the courage to make you the appeal I made to every Briton. Not that it would not apply to you with the same force as to the British. But my present proposal is much simple because much more practical and familiar.

During this season when the hearts of the peoples of Europe yearn for peace, we have suspended even our own peaceful struggle. Is it too much to ask you to make an effort for peace during a time which may mean nothing to you personally but which must mean much to the millions of Europeans whose dumb cry for peace I hear, for my ears are attended to hearing the dumb millions? I had intended to address a joint appeal to you and Signor Mussolini, whom I had the privilege of meeting when I was in Rome during my visit to England as a delegate to the Round Table Conference. I hope that he will take this as addressed to him also with the necessary changes.”

We all have heroes and that is important, you need someone to look up to. But Heroes are human beings like anyone else and sometimes they say or do things that are not so heroic.

Following are some examples where some heroes said something very un-heroic.Some of these will really surprise you.

John Lennon, on his son

“I can’t stand the way you fucking laugh! Never let me hear your fucking horrible laugh again.” — Lennon screaming at his son, Julian, while the latter was a boy and helping his mother make pancakes

“I’m not going to lie to Julian. Ninety percent of the people on this planet, especially in the West, were born out of a bottle of whiskey on a Saturday night, and there was no intent to have children. So 90 percent of us — that includes everybody — were accidents…Julian is in the majority, along with me and everybody else. Sean is a planned child, and therein lies the difference.” — Lennon, describing the difference between his first son, Julian, and his second son, Sean 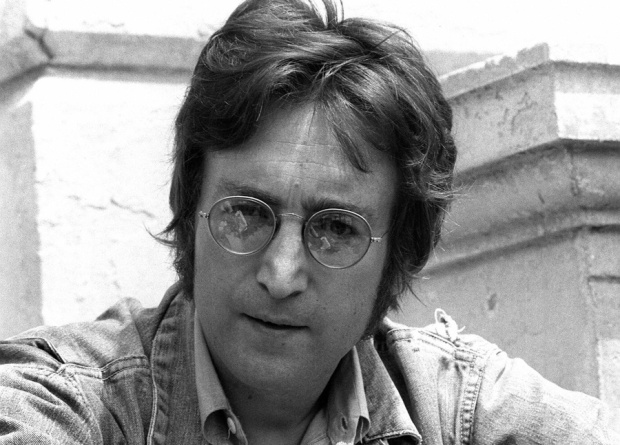 “And in as much as they cannot so live, while they do remain together there must be the position of superior and inferior, and I as much as any other man am in favor of having the superior position assigned to the white race.”

“I will say then that I am not, nor ever have been in favor of bringing about in any way the social and political equality of the white and black races.”

“There is a trait in the Jewish character that does provoke animosity; maybe it’s a kind of lack of generosity towards non-Jews. I mean there is always a reason why anti-anything crops up anywhere; even a stinker like Hitler didn’t just pick on them for no reason.”

“I would suggest that you analyze the whole situation and see if there is anything within your personality that arouses this tyrannical response from your husband.” — King’s advice for a woman who asked him for help because her husband was abusive to her and their kids 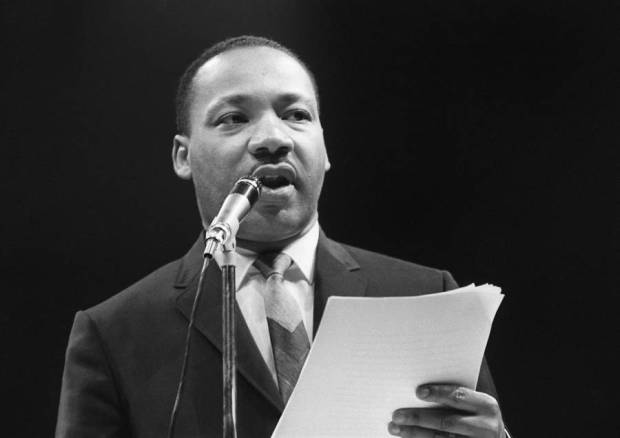 “Ours is one continual struggle against a degradation sought to be inflicted upon us by the Europeans, who desire to degrade us to the level of the raw Kaffir [a slur for black Africans that is now classified as hate speech and generally considered to be the equivalent of “nigger” in the United States] whose occupation is hunting, and whose sole ambition is to collect a certain number of cattle to buy a wife with and, then, pass his life in indolence and nakedness.”

“Kaffirs are as a rule uncivilised—the convicts even more so. They are troublesome, very dirty and live almost like animals.”