It was January 7,1942, just about a month after the Japanese bombed Pearl Harbor. Fearing imminent chemical attack on American soil, the government issued thousands of gas mask to civilians. But the smallest citizens couldn’t fit into the regulation-sized masks. They were too heavy and too big. Plus, aren’t those things scary? 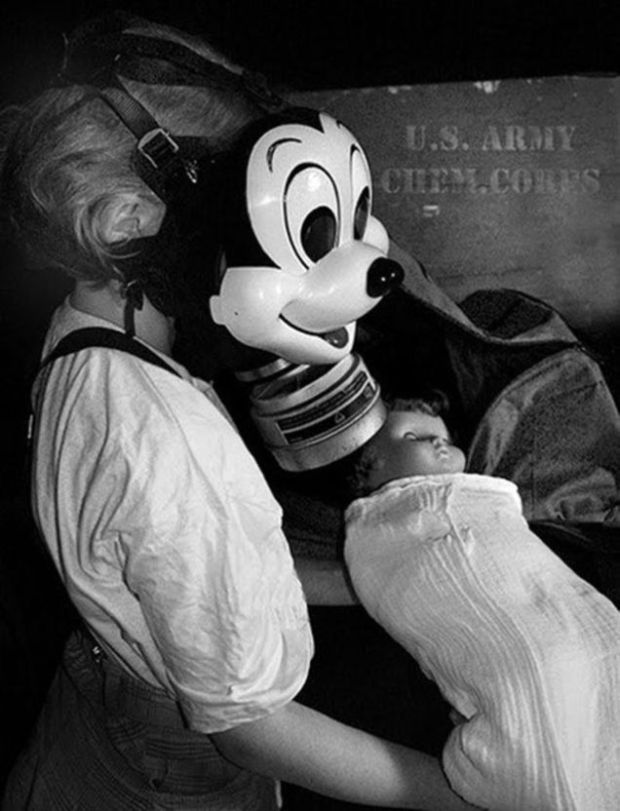 The production of the Disney gas masks began in 1942, a month after the Japan surprised Americans and attacked Pearl Harbor.

The Sun Rubber Company’s war efforts earned them an Army-Navy ‘E’ rating for excellence in wartime production in 1944.

The protection of children during WWII against chemical warfare produced efforts to make child-friendly gas masks in other countries as well.

The United Kingdom also manufactured Mickey Mouse gas masks, although they were not designed to look like the popular cartoon character.

The British version is just a blue and red gas mask but, the name was retained for the product as part of the game designed to entice children to wear it. 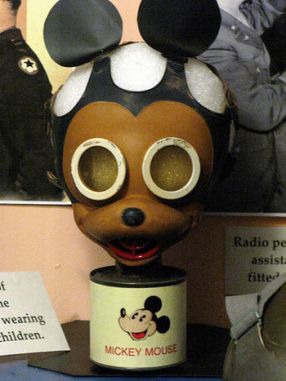