One of the biggest mistakes Hitler made during WWII was actually partnering up with Benito Mussolini and his army. 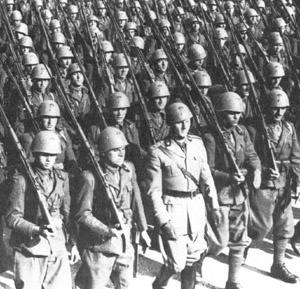 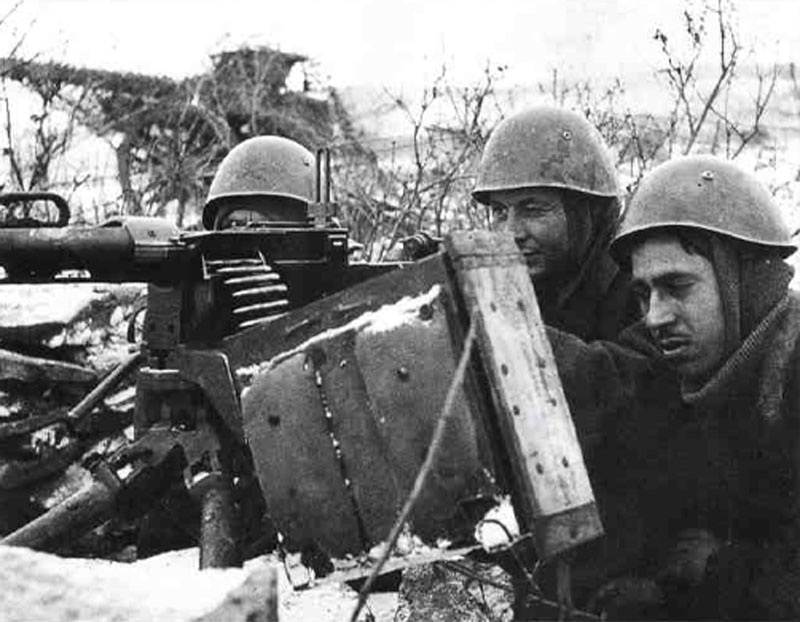 Against militaries with equal strength, the Italian army was possibly the worst in combat. Compared to the other belligerents, the Italian army had outdated technology, most being designed or purchased around the early 1930’s, horrible leadership and insufficient support or intelligence.

In 1944, an Allied soldier somewhere in the south of Tuscany scribbled a coded message onto a scrap of paper, rolled it up, and stuffed it inside a bullet for safe keeping. It was August, and the tide of WWII was rapidly changing. The Allies were pushing into Europe and soon, the war would be over in Europe.

Recently, a team of Italian metal-detector fans were roaming around in southern Tuscany, picking up bits and pieces here and there. Then, someone found something odd.

It was a bullet that had been inverted into its own casing. It struck them as strange, since soldiers needed all the bullets they could get. When they pried the bullet out of its casing, they found something that no one had seen in decades. 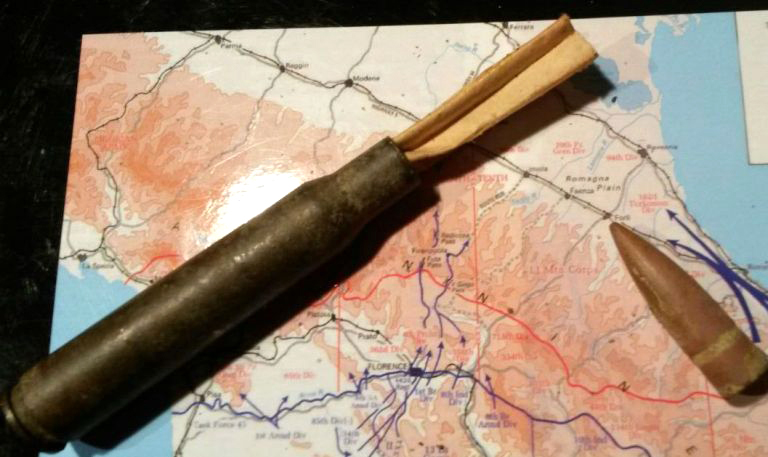 Hiding messages in bullets was actually not an uncommon practice. A bullet was opened, the powder dumped out, and a message placed inside. Bullets were small, making them easy to carry and to hide, and they could also be easily thrown away if a soldier was captured. Bullets made especially good message carriers because they could literally be left lying around anywhere; bullets are a pretty common site on a battlefield.

It’s dated 8/13/44. The order of the month and day, as well as historical evidence, mean the soldier who wrote this was probably American.

So what does the coded message say?

“THEY THROW GRENADES. WE PULL PINS AND THROW BACK.”

This means that during one engagement, the American soldiers, one of whom wrote this note were catching grenades thrown by the Axis soldiers, but their pins were still intact. What was the reason?

It seems that the grenades in question were an Italian variety that had two pins instead of the typical one. Both needed to be pulled in order for the grenade to detonate. But the grenades coming in on the American soldiers had only one pin pulled, which means that the soldiers throwing them were not Italian, as they would have been trained in how to use them, but German.

Italy surrendered to the Allies in 1943, so the only troops still fighting there would have been German–and they would not have known that the Italian grenades had two pins. Imagine their surprise when the same grenades came flying back, and this time, they did explode. The Americans did their research, and it helped–to the point where reinforcements were definitely not needed.