Operation Creek (also known as “Operation Longshanks”) was a military operation undertaken by the British in World War Two on 9 March 1943.

The Calcutta Light Horse was raised in 1872 and formed part of the Cavalry Reserve in the British Indian Army. The regiment was disbanded following India’s independence in 1947.Most of them had already volunteered for active duty and been rejected, and all of them were discontent–they did not like being left out of the war. They still trained regularly and enthusiastically, but any hope of seeing real action was gradually fading away.

For decades the Calcutta Light Horse, was more a social club than territorial regiment. The unit’s last military action had taken place in the Boer War almost 50 years earlier.

Ehrenfels became a target when it was discovered that she was transmitting information on Allied ship movements to German submarines, which played a part in the sinking of 12 Allied ships in the Indian Ocean in early Mar 1943.

The Germans had a secret transmitter on one of tthe Ehrenfels, a freighter that had sought refuge with two other German vessels, the Braunfels and the Drachenfels, in the neutral harbour of Goa on the outbreak of WW2

The Calcutta Light Horse regiment sailed aboard the barge Phoebe and sailed from Calcutta to Goa. Upon reaching Mormugao harbor in the night of 9 Mar 1943, the men of the regiment infiltrated the German ship and detonated explosives. 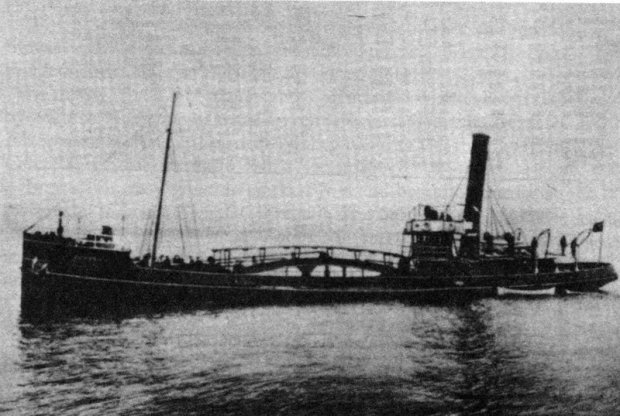 When British intelligence received word of the successful destruction of Ehrenfels, it sent an open message to announce that the British was about to invade Goa, which was a bluff. The crews of the other two German ships at Mormugao, Drachenfels and Braunfels, along with several Italian ships also present, scuttled their own ships to prevent British capture.

The operation was later the inspiration for the movie “the Seawolves”