The one thing this is for certain in history, it always repeats itself. With all the talk about spies nowadays it is a good time to look at one of WWII spies.Takeo Yoshikawa.

Because of his expertise on the U.S. Navy, Yoshikawa was sent to Hawaii under the cover of being a vice-consul named Tadashi Morimura.

On March 27, 1941, the following appeared in the Nippu Jiji, an English-and-Japanese-language newspaper in Honolulu: “Tadashi Morimura, newly appointed secretary of the local Japanese consulate general, arrived here this morning on the Nitta Maru from Japan.

His appointment was made to expedite the work on expatriation applications and other matters.” The announcement should have drawn the attention of American intelligence agents, as there was no Tadashi Morimura listed in the Japanese foreign registry.

He rented a second story apartment that overlooked Pearl Harbor and would often wander around the island of Oahu, taking notes on Fleet movements and security measures.He rented small planes at John Rodgers Airport and flew around, observing U.S. installations as well as diving under the harbor using a hollow reed as a breathing device. He also gathered information by taking the Navy’s own harbor tugboat and listening to local gossip. He worked closely with German Abwehr agent Bernard Kuehn.

Kuehn—a member of the Nazi party—had arrived in Hawaii in 1935. By 1939, the Bureau was suspicious of him. He had questionable contacts with the Germans and Japanese.

Yoshikawa also worked with Kokichi Seki , an untrained spy who served as the consulate’s treasurer.

FBI agents were paying attention to all of Yoshikawa’s comings and goings. In fact, U.S. military intelligence suspected him of spying. One officer even commented that “Morimura” was able to go unhindered “all over the _ _ place.”

Working diligently, the FBI’s chief investigator in Honolulu was tracking the 27-year-old Japanese spy, but there wasn’t enough evidence to arrest him.

At the time, Hawaii was not-yet an American state. Officials in Washington did not want to risk antagonizing the loyalty of Hawaii’s population by arresting a “diplomat” without hard evidence of spy activities. (About 160,000 people of Japanese ancestry lived in Hawaii in 1941.) Suspicions were not enough to stop Yoshikawa from going about his business.

So … because no one did stop him … Yoshikawa’s spy charts would provide perfect routes of travel for all the comings and goings of Japanese pilots on the 7th of December, 1941.

Although he had no knowledge of a planned attack on Pearl Harbor, Yoshikawa assumed that the intelligence would help prepare for such an eventuality and worked tirelessly to that end. His reports were transmitted by the Japanese Consulate in PURPLE code to the Foreign Ministry, which passed them on to the Navy.

Although the code had been broken by American code breakers and messages to and from Tokyo were intercepted and de-crypted, communications between Tokyo and the consulate were considered low-priority because they contained so many messages that were entirely commercial in nature.

On the morning of December 7, Yoshikawa was listening to a short-wave radio broadcast from Tokyo. During the weather forecast, he heard a reporter very slowly say these words:

Yoshikawa knew what those code words meant. Japan had decided to start a war against America.

The weatherman’s words did not contain any other codes. That meant Japan was not declaring war on Britain or Russia.

Yoshikawa and Japan’s counsel in Hawaii knew what they had to do. Federal agents would soon search their offices, so they had to destroy every piece of incriminating evidence, including their code books.

By the time U.S. agents showed-up, every shred of spying evidence against Yoshikawa no-longer existed. No evidence against him ever surfaced, while he was in American custody. In 1942, he returned to Japan. During the rest of the war, he held his rank of ensign in Japanese intelligence.

After the war, when the U.S. occupied Japan for several years, the Pearl-Harbor spy worried that he’d be caught … and hanged. He left his wife, whom he had married after returning to Japan, and went into hiding as a Buddhist monk.

Yoshikawa never received official recognition of his services during the war. In 1955, he opened a candy business but it failed as word spread of his role in the war. The locals blamed Yoshikawa for the war. “They even blamed me for the atomic bomb,” he declared in one interview.Penniless and jobless, he was supported by his wife for the rest of his life via her position selling insurance. “My wife alone shows me great respect,” said the old spy. “Every day she bows to me. She knows I am a man of history.”He died in a nursing home. 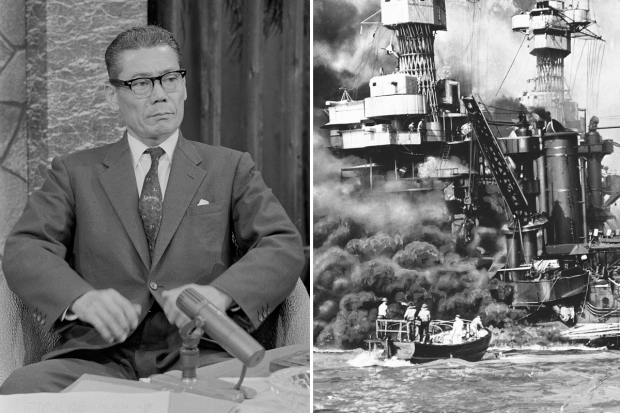 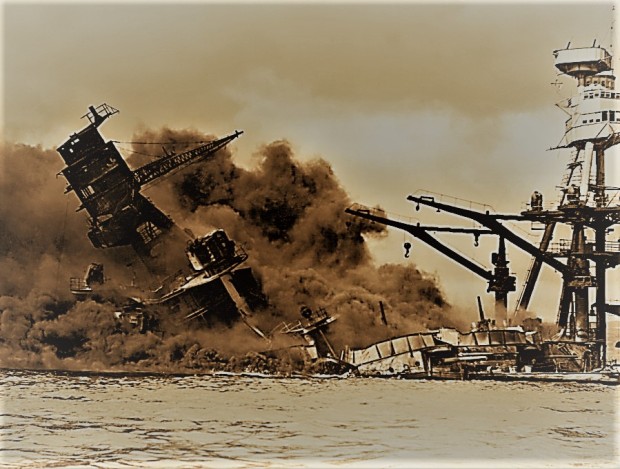 What many people forget to realize is that the Pearl Harbor attack did not just happen. The logistics of it alone would have taken months of preparation.

The attack may have been sold to the Japanese population as an honorable event, but there was nothing honorable about it, there cannot be honor with deception.

On the other hand the US Government were naive to believe the Japanese, They knew Japan was going to attack but yet they kept negotiating for peace.

What really grabbed American attention in the Pacific was the start of the Second Sino-Japanese War, which pitted the Japanese against Nationalist China.After July of 1941, when Japan occupied all of French Indochina, the United States placed tighter restrictions on Japanese trade, starting what has been described as “financial warfare against Japan.”

Though it hit Japanese troops hard, it didn’t cease the nation’s push forward. In fact, it only angered the nation further and, on November 5th, 1941, the plan for attack on Pearl Harbor was approved.

At the same time, his government made a last effort to arrive at a diplomatic solution of their differences with the United States. Ambassador Kichisaburō Nomura presented two proposals to the American government.

The United States was about to make a counteroffer to this plan, which included a monthly supply of fuel for civilian use. However, President Franklin D. Roosevelt received a leak of Japan’s war plan and news that Japanese troopships were on their way to Indochina. He then decided that the Japanese were not being sincere in their negotiations and instructed Secretary Hull to drop the counter proposal.

With a counteroffer on the table, the United States shifted gears when dispatches were intercepted and deciphered indicating that Japan was sending more troops to Indochina, meaning any deal made would be futile. In response, six days after the second proposal the US responded with the Hull Note, which essentially demanded a Japanese withdrawal from Indochina and China.

To the Japanese, the Hull Note served as an ultimatum, their only course of action being a full-on war with a nation they saw as the aggressor.

Also on 26 November 1941 – Chūichi Nagumo’s aircraft carrier strike force headed for Pearl Harbor with the understanding that should “negotiations with the United States reach a successful conclusion, the task force will immediately put about and return to the homeland.

However they had already set everything in motion to attack the US even before they had received the Hull note, regardless what was in the note the attack could not be reversed at this stage. War was always on their mind.

Japan saw the United States’ continued support of China as an act of aggression in itself, leading to the December 7th, 1941 attack on Pearl Harbor. 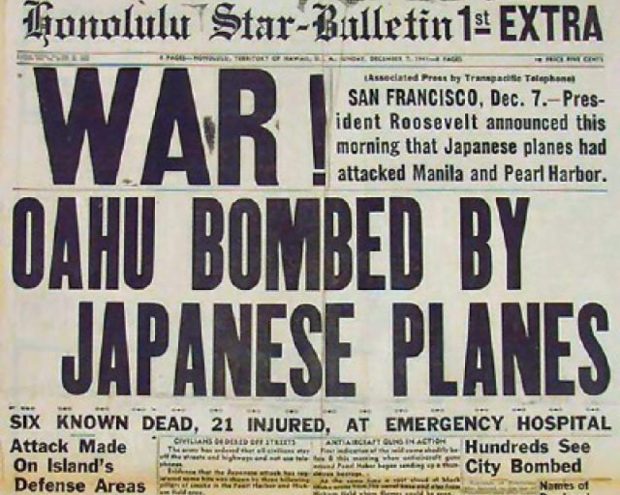