On December 2, 1975, 7 South Moluccan terrorists hijacked a train with about 50 passengers on board in open countryside near the village of Wijster, halfway between Hoogeveen and Beilen in the northern part of the Netherlands. The hijacking lasted for 12 days and 3 hostages, including the driver were killed.

The terrorists were seeking independence for South Molucca, a group of islands in the Western Pacific under Indonesian rule. Indonesia had been a Dutch colony until the late 1940’s.

At  10:07 the emergency cord was pulled on the local train Groningen-Zwolle.

Simultaneously 7 other south Moluccan terrorists had occupied the Indonesian consulate in Amsterdam.

When on the third day the Dutch government had not give in to  the hijackers’s demands, 22-year-old national serviceman Leo Bulter was murdered and his body together with Hans Braam’s body  were thrown out of the train on the rails. That night 14 hostages managed to escape from the train.

The following day a young economist Bert Bierling was brought to the doors and shot  in full view of the police and the military as well as the press. 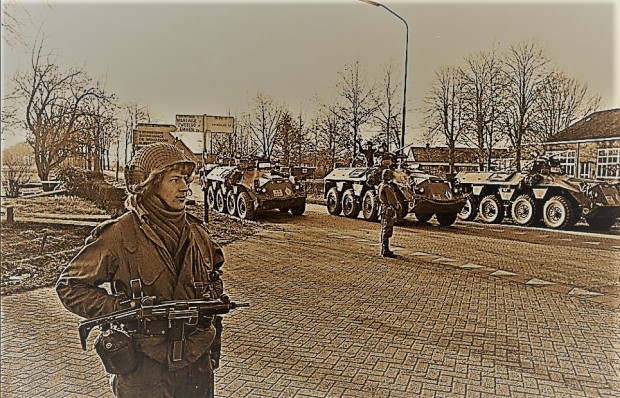 On December 11, the terrorists  released two elderly hostages after talks aboard the train with four mediators. This left at least 27 prisoners on the train.

On 14 December the hijackers surrendered. Among reasons for surrender were reports about retaliations on the Moluccan islands and the sub-zero temperatures in and around the train.

The occupation and hostage situation at the Indonesian consulate in Amsterdam ended on December 19. one hostage was killed.