These human remains were unearthed in 1972 at the Teppe Hasanlu archaeological site, located in the Solduz Valley in the West Azerbaijan Province of Iran. The site was burned after a military attack. People from both fighting sides were killed in the fire, which apparently spread quite unexpectedly and quickly through the town. The skeletons were found in a plaster grain bin, probably hiding from soldiers, and they almost certainly asphyxiated quickly. The “head wound” is actually from modern-day excavators.

The image depicts two human skeletons, seemingly in an embrace, which earned the photograph its title The 2800 Years Old Kiss. Though many sources identify the skeletons as both being male, according to “The Culture and Social Institutions of Ancient Iran” by Muhammad A. Dandamaev, Vladimir G. Lukonin, Philip L. Kohl published by Cambridge University Press, the skeletons are male and female (female on the left). Archaeology magazine also identifies them as male and female with the additional information of their height (around 5 foot 2 inches each).

The skeletons were found in a bin with no objects. The only feature is a stone slab under the head of the skeleton on the left hand side. Some sources claim that skeletons, appearing to kiss each other, were buried 6,000 years ago, but that’s not true. The archaeologist who studied the skeletons confirms they were there since 2,800 years ago. The University of Pennsylvania has determined that the couple died together around 800 BC. The skeletons do appear like they are kissing each other before they died – as if to signify that love is eternal. 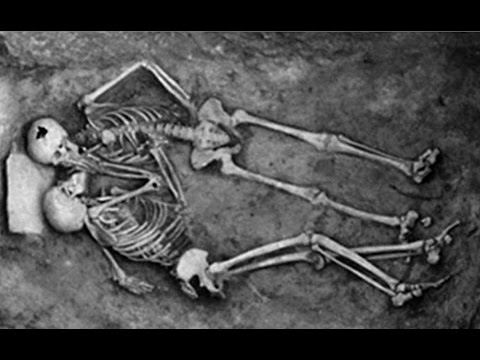 The original source of this image is the Penn Museum and officially named “The Lovers”. Its description in the museum label reads:

“The Lovers” from 1972 season at Hasanlu.
Hasanlu is an archaeological excavation site in Iran, Western Azerbaijan, Solduz Valley. Theses skeletons were found in a bin with no objects. The only feature is a stone slab under the head of the skeleton on the left hand side (SK335).

Teppe Hasanlu, located in northwest Iran is a very famous archaeological site of an ancient city and was excavated in ten seasons between 1956 and 1974 by a team from the University Museum, University of Pennsylvania and the Metropolitan Museum of New York. Many valuable artifact were unearthed, including this eternal couple.

Nowadays Iran is often referred to as an axis of evil and this piece is not meant to agree or disagree with that, it is meant to show that it hasn’t always been that way. In a similar fashion it is often believed that the Soviet army were the good guys during WWII, that wasn’t always the case either.

Following the Soviet invasion of Poland at the onset of World War II in accordance with the Nazi-Soviet Pact against Poland, the Soviet Union acquired over half of the territory of the Second Polish Republic. Within months, in order to de-Polonize annexed lands, the Soviet NKVD rounded up and deported between 320,000 and 1 million Polish nationals to the eastern parts of the USSR, the Urals, and Siberia. There were four waves of deportations of entire families with children, women and elderly aboard freight trains from 1940 until 1941.

Their fate was completely changed in June 1941 when Germany unexpectedly attacked Soviet Union. In need of as many allies it could find, the Soviets agreed to release all the Polish citizens it held in captivity. Released in August 1941 from Moscow’s infamous Lubyanka Prison, Polish general Wladyslaw Anders began to mobilize the Polish Armed Forces in the East (commonly known as the Anders Army) to fight against the Nazis.. 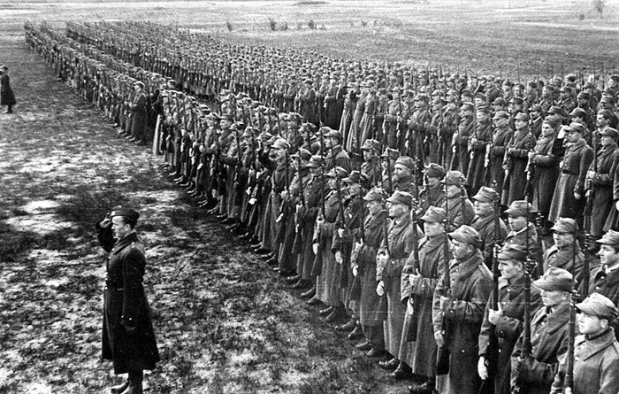 Forming the new Polish Army was not easy, however. Many Polish prisoners of war had died in the labor camps in the Soviet Union. Many of those who survived were very weak from the conditions in the camps and from malnourishment. Because the Soviets were at war with Germany, there was little food or provisions available for the Polish Army. Thus, following the Anglo-Soviet invasion of Iran in 1941, the Soviets agreed to evacuate part of the Polish formation to Iran. Non-military refugees, mostly women and children, were also transferred across the Caspian Sea to Iran.

Starting in 1942, the port city of Pahlevi (now known as Anzali) became the main landing point for Polish refugees coming into Iran from the Soviet Union, receiving up to 2,500 refugees per day. General Anders evacuated 74,000 Polish troops, including approximately 41,000 civilians, many of them children, to Iran. In total, over 116,000 refugees were relocated to Iran.

Despite these difficulties, Iranians openly received the Polish refugees, and the Iranian government facilitated their entry to the country and supplied them with provisions. Polish schools, cultural and educational organizations, shops, bakeries, businesses, and press were established to make the Poles feel more at home. 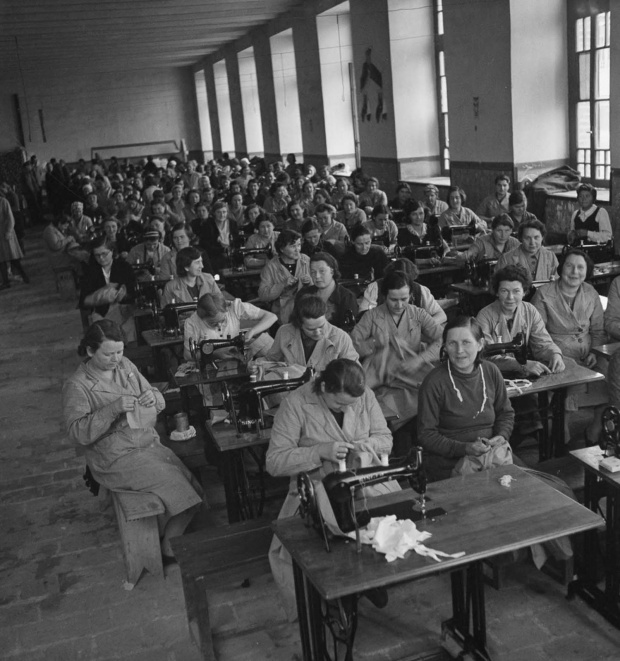 The refugees were weakened by two years of maltreatment and starvation, and many suffered from malaria, typhus, fevers, respiratory illnesses, and diseases caused by starvation. Desperate for food after starving for so long, refugees ate as much as they could, leading to disastrous consequences. Several hundred Poles, mostly children, died shortly after arriving in Iran from acute dysentery caused by overeating. 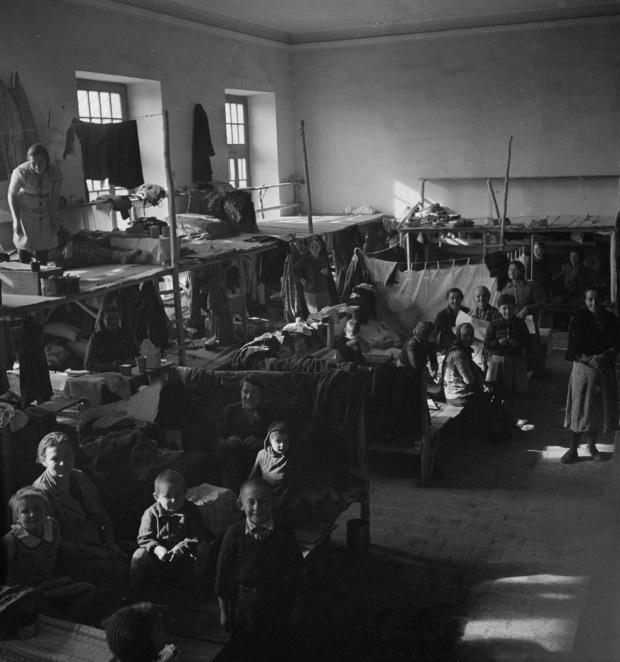 Between 1942–1945, approximately 2,000 children passed through Isfahan, so many that it was briefly called the “City of Polish Children”. Numerous schools were set up to teach the children the Polish language, math, science, and other standard subjects. In some schools, Persian was also taught, along with both Polish and Iranian history and geography.

Because Iran could not permanently care for the large influx of refugees, other British-colonized countries began receiving Poles from Iran in the summer of 1942. By 1944, Iran was already emptying of Poles. They were leaving for other camps in places such as Tanganyika, Mexico, India, New Zealand and Britain.

While most signs of Polish life in Iran have faded, a few have remained. As writer Ryszard Antolak noted in Pars Times, “The deepest imprint of the Polish sojourn in Iran can be found in the memoirs and narratives of those who lived through it. The debt and gratitude felt by the exiles towards their host country echoes warmly throughout all literature. The kindness and sympathy of the ordinary Iranian population towards the Poles is everywhere spoken of”.

The Poles took away with them a lasting memory of freedom and friendliness, something most of them would not know again for a very long time. For few of the evacuees who passed through Iran during the years 1942 1945 would ever to see their homeland again. By a cruel twist of fate, their political destiny was sealed in Tehran in 1943. In November of that year, the leaders of Russia, Britain and the USA met in the Iranian capital to decide the fate of Post-war Europe. During their discussions (which were held in secret), it was decided to assign Poland to the zone of influence of the Soviet Union after the war 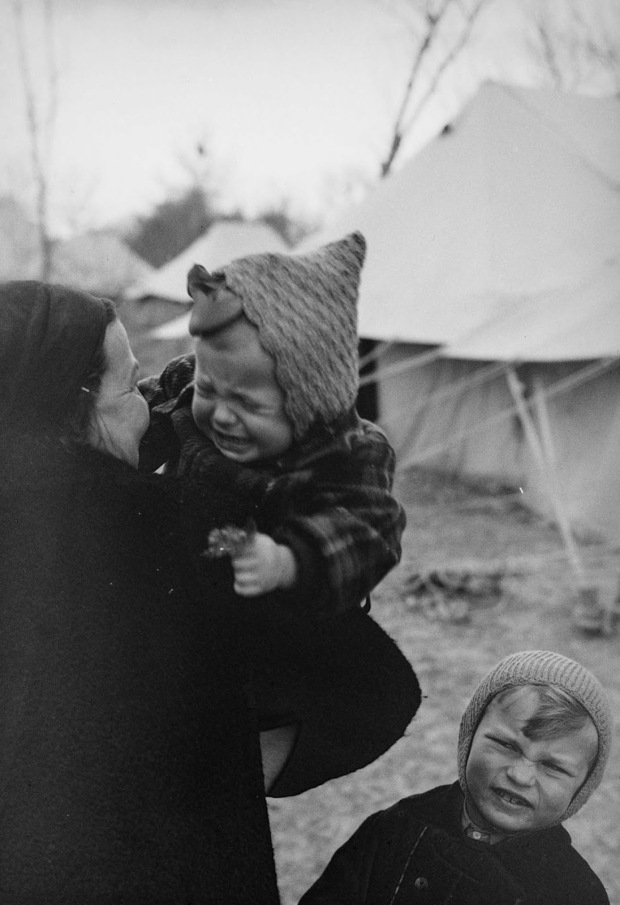 An Iranian official risking his life to save Jews? This scenario, while unlikely nowadays, actually happened during the Holocaust.

Iranian diplomat Abdol Hossein Sardari provided critical assistance to Iranian Jews in occupied France (1940-1944). In June 1940, following the German invasion of France, Iranian ambassador Anoushirvan Sepahbodi left for Vichy in the unoccupied zone to reconstitute the Embassy there. This left Sardari, the Consul General of Iran, in charge of consular affairs in Paris. In this capacity, Sardari appealed on several occasions to exempt Iranian and other Central Asian Jews living in German-occupied France from anti-Jewish measures decreed by French and German authorities.

At the beginning of World War II, about 150 Jews from Iran, Afghanistan, and Bukhara (a city in the Soviet Republic of Uzbekistan and the former cultural center of the ancient Persian Empire) resided in France. Sharing linguistic and cultural ties, many of these Central Asian Jews, fleeing the Bolshevik Revolution of 1917, had settled in Paris during the 1920s. Following the German occupation of northern France in 1940, representatives of these three communities presented themselves to Vichy French officials and the German occupation authorities as “Jugutis” (Djougoutes in French). Jugutis were the descendants of Persian Jews who, forced to convert to Islam in 1838, continued to practice Judaism privately in their homes. Official identity papers, such as passports, generally identified Jugutis as Muslims.

Sardari was in charge of the Iranian consular office in Paris in 1942. There was a sizeable community of Iranian Jews in Paris when Adolf Hitler invaded and occupied the city. 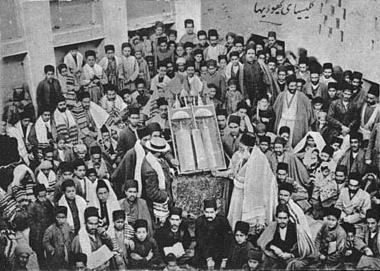 Leaning on the national socialist perception that Germans were Aryan, Nazi Germany and Iran had an agreement which protected all Iranian citizens against German acts of aggression. Sardari was able to protect Iranian Jews, whose families had been present in Iran since the time of the Persian Empire. (Cyrus the Great personally ordered the Jews of Babylonia to be freed from Babylonian slavery.)

He very strongly argued this point to the Germans and specifically ascertained that the Iranian Jews were protected under these statutes. The Nazis grudgingly agreed and accordingly, many Persian Jews were saved from harassment and eventually deportation by the Nazi regime.

But Sardari went further. Once he realized the full nature of Nazi ambitions, he began issuing hundreds of Iranian passports for non-Iranian Jews to save them from persecution. 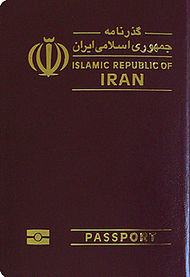 Sardari’s plan actually worked. When Jews were forced to wear the yellow Star of David, a directive was issued that Iranian Jews should be exempt. In addition, Sardari gave out between 500 and 1,000 Iranian passports, without the consent of his superiors. This saved 2,000 to 3,000 Jewish lives, as passports were issued for entire families. His actions were later confirmed and applauded by the government of Iran.

Sardari’s later life was blighted by many misfortunes, including the disappearance of his Chinese lover during the Chinese Civil War in 1948, charges of embezzlement by the post-war Iranian Government, and penury in his final years due to the loss of his pension rights and property in the Iranian Revolution of 1979. After a period spent living in a bed-sit in Croydon, he moved to Nottingham where he died in 1981.

Sardari has been honored by Jewish organizations such as the convention in Beverly Hills, and the Simon Wiesenthal Center on multiple occasions. 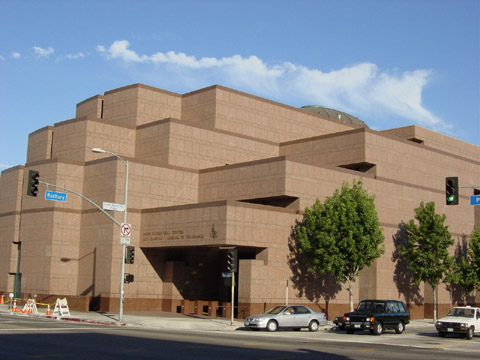 Sardari never took any credit for what he did. When Yad Vashem asked him in 1978, three years before he died a poor exile in London, about his wartime activities, he responded: “As you may know, I had the pleasure of being the Iranian consul in Paris during the German occupation of France, and as such it was my duty to save all Iranians, including Iranian Jews.