On this day in 1977 David Soul scored a massive NO 1 hit with “Don’t give up on us baby”, take away the “on us baby” and you would have the perfect title for his life.

Mostly known as the iconic Hutch from the  buddy cop  TV show “Starsky and Hutch”, David Soul has had a turbulent life to use an understatement.

Born in Chicago, Illinois, as  David Richard Solberg,David Soul is the son of a minister who was at one time serving as the religious affairs advisor to the U.S. High Commission in Berlin.

Soul attended Augustana College, University of the Americas in Mexico City and the University of Minnesota. At 19, he turned down a professional baseball contract with the Chicago White Sox in order to study political science. While in Mexico, inspired by students who taught him to play the guitar, Soul changed his direction and decided to follow his passion for music. His first appearance upon returning from Mexico to the States was in a club in Minneapolis, The 10 O’Clock Scholar.

He first appeared on TV in small roles in shows including I Dream of Jeannie (1965), Flipper (1964) and All in the Family (1971). Regular TV work kept coming in for Soul including making masked appearances on The Merv Griffin Show (1962), as the popular singer known only as “The Covered Man.”

He explained: “My name is David Soul, and I want to be known for my music.”

In 1967, he signed a contract with Columbia Pictures and following a number of guest appearances, including the episode “The Apple” from the second season of Star Trek.

He landed the role of Joshua Bolt on the television program Here Come the Brides with co-stars Robert Brown, Bobby Sherman and Bridget Hanley. The series was telecast on the ABC network from September 25, 1968, to September 18, 1970.[6] In 1972 he co-starred as Arthur Hill’s law partner on Owen Marshall: Counselor at Law. Following numerous guest-starring roles on TV, including Streets of San Francisco, he was cast by Clint Eastwood in the film Magnum Force. 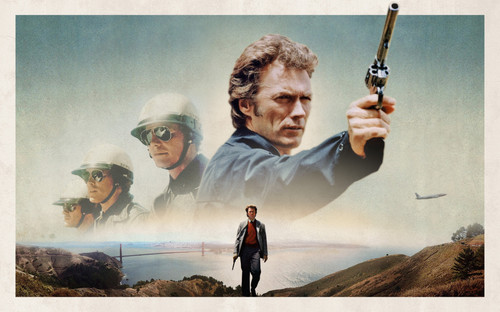 His talents came to the attention of several TV execs who were looking for someone to play one of the lead roles in the upcoming Starsky and Hutch (1975) TV series. After four seasons, the show came to an end, yet Soul’s talents were still in demand. He quickly went on to appear as the meek writer turned terrified vampire hunter Ben Mears in the chilling television mini-series Salem’s Lot (1979), and then as Jake in the interesting television movie Homeward Bound (1980).

Soul has been married five times and has five sons (two of whom are stepsons) and a daughter. He first married the actress Mirriam “Mim” Solberg (née Russeth), in 1964. The couple had one child together, but the marriage only lasted a year.

Soul then married actress Karen Carlson in 1968, after they had met on the set of the television series Here Come The Brides. The couple also had a child together, but they divorced in 1977.

During the years he was filming Starsky & Hutch, Soul had an open relationship with actress Lynne Marta.

Soul’s third wife was Patti Carnel Sherman (the ex-wife of fellow Here Come the Brides co-star and teen pop idol Bobby Sherman), whom he married in 1980. They had a child together, but the marriage disintegrated due to Soul’s alcohol abuse and violent temper. During his marriage to Sherman, Soul was court-ordered to undergo anger management therapy after assaulting her while she was seven months pregnant. The couple divorced in 1986.

Those weren’t his only problems, despite the huge success in Starsky and Hutch and hit songs like “Don’t give up on us baby”  he was left virtually broke. In a British TV documentary he  admitted that at one  he had been so desperate he had tried male prostitution, however he did not say when, or if he had gone the whole way.

Soul married again in 1987, to actress Julia Nickson. The couple had one child, China Soul, who is a singer/songwriter.Soul and Nickson divorced in 1993.[citation needed]

Soul immigrated to the United Kingdom in the mid-1990s and settled in London with his girlfriend, American actress Alexa Hamilton, though the couple later broke upIn September 2004, Soul became a British citizen, while retaining his U.S. citizenship. He is an avid fan of English football and is an Arsenal F.C. supporter.

Soul married his fifth wife, Helen Snell, in June 2010. They had been in a relationship since 2002, after meeting when Soul was working in the British stage production of Deathtrap.

Leaving you with the song mentioned in the title. 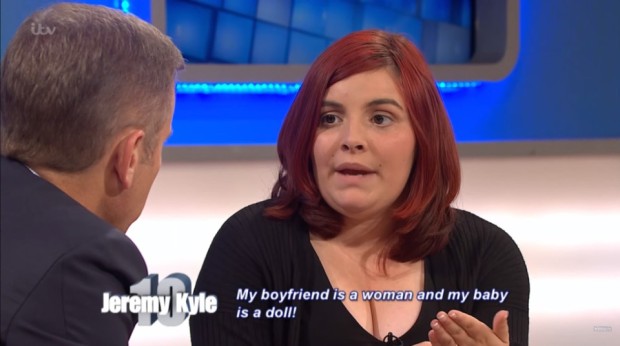 It’s no wonder that it would come to the stage where someone would get killed.

Jonathan Schmitz was 24 years old when his acquaintance Scott Amedure, 32, revealed he was romantically interested in him during a taping of the “Jenny Jones Show,” which was filmed in Chicago. Schmitz, who said he wasn’t gay, fatally shot Amedure in Lake Orion three days after the taping.

was taped for an episode of The Jenny Jones Show, in which he admitted to being a secret admirer of Jonathan Schmitz, who lived near him in Lake Orion, Michigan.Until the taping, Schmitz had no idea who his secret admirer was. Schmitz stated that he went on the show out of curiosity, and he later claimed that the producers implied that his admirer was a woman,although the producers of the show claim that they did tell Schmitz that the admirer could be male or female.

During the segment, Amedure was encouraged by Jones to share his fantasies about Schmitz, after which Schmitz was brought onstage. The two men exchanged an awkward embrace before the host dropped her bombshell.

In response to Amedure’s disclosure, Schmitz laughed, then stated that he was “completely heterosexual”.

According to testimony at the murder trial, three days after the taping, Amedure left a “suggestive” note at Schmitz’s house.After finding the note, Schmitz withdrew money from the bank, purchased a shotgun, and then went to Amedure’s mobile home. He questioned Amedure about the note. Schmitz then returned to his car, took his gun, and returned to Amedure’s trailer. He then shot Amedure twice in the chest, killing him.

Schmitz turned himself in to police, saying he killed Amedure because he was embarrassed on national television.

He was sentenced 25 to 50 years for second-degree murder. 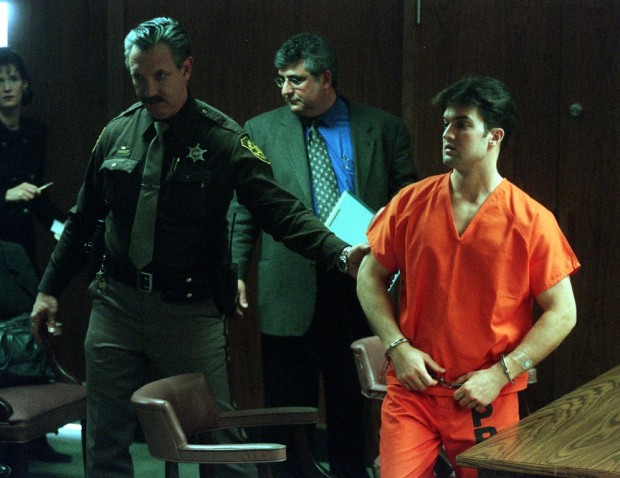 In 1999, the Amedure family sued The Jenny Jones Show, Telepictures, and Warner Bros. for the ambush tactics and, as the Amedure family saw it, their supposedly negligent role that led to Amedure’s death. In May, the jury awarded the Amedures $25 million.The jury found that The Jenny Jones Show was both irresponsible and negligent, contending that the show intentionally created an explosive situation without due concern for the possible consequences.

Time Warner’s defense attorney later claimed the verdict would cause a chilling effect on the industry.The judgment was later overturned by the Michigan Court of Appeals in a 2-to-1 decision.The Michigan Supreme Court declined to hear the case.

Geoffrey Fieger, who served as an attorney for the Amedure family, said that everybody involved in the Jenny Jones Show also deserved imprisonment.

‘That show set him (Schmitz) up and certainly took Scott Amedure’s life for no reason,’ Fieger said.The episode never aired but clips were shown on news shows.

The Jenny Jones show was cancelled in 2003 after recording the lowest ratings of any daytime talk show.

Schmitz, now 47, was granted parole after a March hearing and was released on the 23rd of August 2017.

Scott’s older brother, Frank Amedure Jr., said he’s troubled by the parole decision and that he’s unsure Schmitz “learned what he should have” in prison.

“I wanted assurance that the (parole board’s) decision was not based on just good behavior in prison,” he said. “I’d like to know that he learned something, that he’s a changed man, is no longer homophobic and has gotten psychological care.”

Looking at the talk shows that run nowadays it is only a matter of time before someone gets killed again.