Often the psyche of people is that they see what they want  to see. They see a headline or a picture and they will have made up their minds. There is no further need for more details on the background story, they have enough to work with and make up their own story.

For example people will see the picture of Max Schmeling above giving the Nazi salute and they will just assume that Max clearly was a Nazi sympathizer.

Or they see the picture below of Max Shchmeling being warmly received by   Adolf Hitler and immediately they will think that Max was one of Hitler’s best buddies and favourite sports man. But on both occasions they could not be much further from the truth. 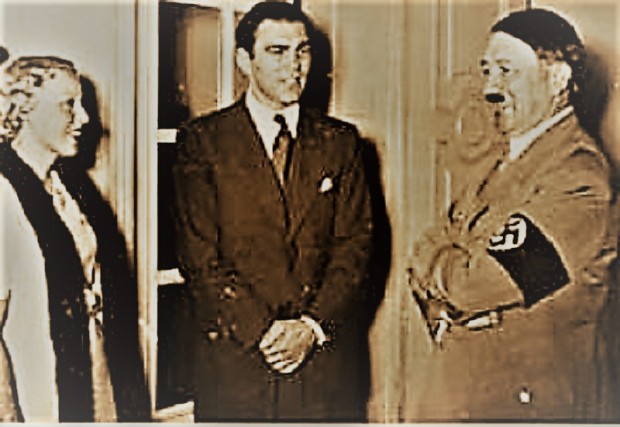 Max was a world champion heavyweight fighter from Germany whose two fights with Joe Louis transcended boxing and became worldwide political events because of their racial and international significance.

I will not go into Max’s boxing career. I will only focus on 2 matches ,both against the boxing legend Joe Louis. 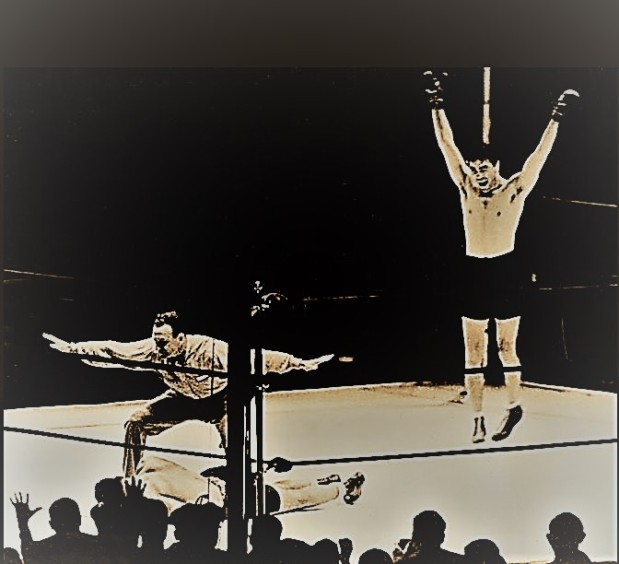 Less then 2 years later in the same venue on Wednesday 22, June 1938, Joe Louis got his revenge and beat Max Schmeling and took back the World Heavyweight Title. The fight had been  portrayed as the battle of the Aryan versus the Black, a struggle of evil against good .When Louis regained his title, Hitler took Schmeling’s defeat as an embarrassment to the nation.

In an interview in 1975 ,Schmeling remembered the defeat: “Looking back, I’m almost happy I lost that fight. Just imagine if I would have come back to Germany with a victory. I had nothing to do with the Nazis, but they would have given me a medal. After the war I might have been considered a war criminal.” 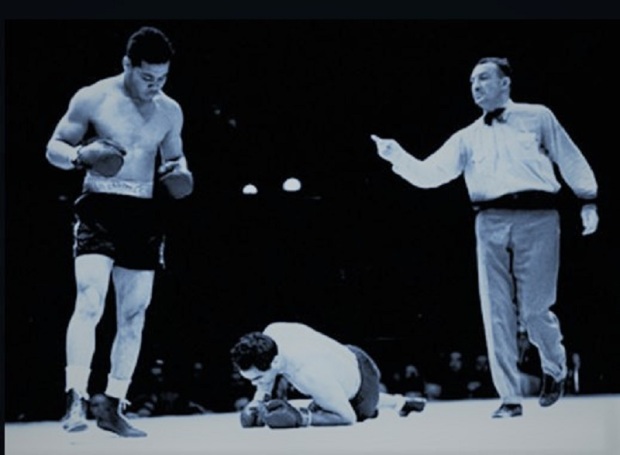 During the 1938 November Pogrom-Kristallnacht- Max hid the 2 sons of his Jewish friend David Lewin. He hid the 2 boys ,Henry and Werner, in his apartment at the Excelsior Hotel in Berlin. Schmeling had told the front desk of the Hotel that he was ill and was not to be disturbed.

After things had calmed down Schmeling helped the 2 boys flee the country. The boys escaped to the United States, where Henri got a great career in managing Hotels, including the Hilton in Las Vegas.Henri Lewin was convinced  that he and his brother owe their lives to Schmeling and he sincerely believed that Schmeling himself could have died for saving them.

In 1923 Schmeing had hired Jewish New York born boxing promoter Joe Jacobs. Hitler had demanded that Schmeling would fire Jacobs, Schmeling refused to do so.

Because his refusal of joining the Nazi party ,he was him drafted into the Paratroopers and was sent him on very dangerous missions.He did partake in the Battle of Crete in May 1941, where he was wounded in his right knee by mortar fire shrapnel during the first day of the battle. After recovering, he was dismissed from active service after being deemed medically unfit for duty because of his injury.

Max remained a close friend of Joe Louis and even paid for Joe’s funeral in 1981. and became a successful business man in Germany after the war. He had been hired by Coca Cola to run the company  in Germany, .

He only once gave the Nazi salute and regretted it for the remainder of his life. He died on February 2, 2005.