She was the troubled daughter of the rabbi of Warsaw’s great synagogue; he was the son of a Polish Jewish leader. As neighbors they used to play together as children, but when they grew up, each went on their separate way. The leader’s son became a communist who fought in the Brigade in Spain, and did not immigrate to Israel with the rest of his family. The daughter of the rabbi married a successful lawyer and they were among the aristocratic Bohemia of Warsaw and were the parents of a single child, born after 11 years of marriage.
After the Nazi occupation, the spoiled boy arrived in the Warsaw ghetto, learned how to walk through cracks in the wall and bring food from the garbage cans. His mother called her former nanny who took him to her village, where she introduced the blue-eyed and blond-haired boy as her nephew, but warned him not to expose his body in front of other children.
The leader’s son was captured in France and sent to Auschwitz, where his friends asked him to represent them because he was a jurist and proficient in languages. In fact, he became a Kapo, and to this day, there are differences of opinion about the degree of cruelty he discovered in this position and the part he took in the resistance and camp’s underground.
The Rabbi’s daughter’s husband perished in the camp, and after the liberation she arrived in Jerusalem weighing 35 Kg. With the help of her family, she found her son in a village in Poland. She brought him to Israel but was unable to raise him and he was sent to ‘Kibbutz Ramat David’.
The leader’s son was arrested and tried in Paris as a collaborator with the Nazis, and some claim that the fact he opposed Stalin played a part against him. His father left all his pursuits and fought for his credit. After the trial ended and he was found ‘not guilty’, he came to Israel and lived in his parents’ house in Jerusalem, where he met again with the daughter of the rabbi and they fell in love. She started gaining weight and the two talked about getting married and the boy’s return from the kibbutz.
The leader’s son wanted to join the IDF but was refused because of his past, and was recruited only after the war of independence started. In a battle in Ramat-Rachel, an order of withdrawal was issued but the leader’s son stormed at the enemy in what appeared as a suicidal action, and was killed.
When the rabbi’s daughter heard of his death, she declined his parents’ offer to mourn with them, went to her home and took her own life.
Away from besieged Jerusalem, the child who knew in his life, wealth, hunger in the ghetto, life in a Polish village and a kibbutz was left orphaned and alone.

From the fascinating book “Kapo in Auschwitz” by Professor Tuvia Friling. 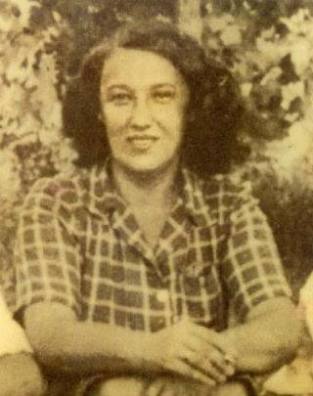