When you think of a comedy duo the first pair that comes to mind is Laurel $ Hardy, they were and still are ,without a shadow of a doubt the most successful comedy double act of all time.

However these 2 were not always a duo, they both had long established careers before they teamed up together. On the 127th birthday of Oliver Hardy it is a good opportunity to look back at some of his work as a ‘solo’ act.

Ollie started in dozens of movies prior to his Laurel & Hardy year .His first movie was  a 1914  short movie called “Outwitting Dad” 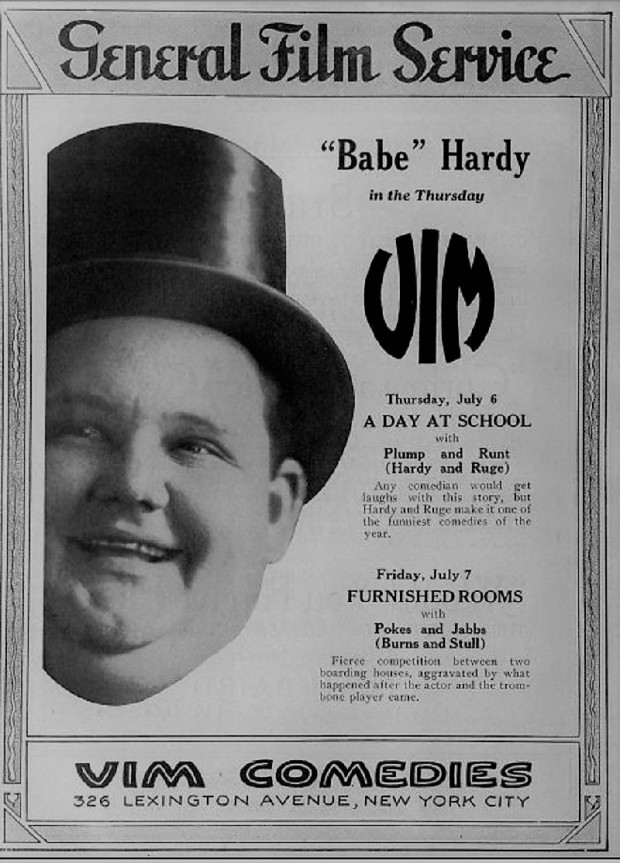 In 1917, he moved to L.A. working as a freelancer for several Hollywood studios, and he made more than 40 films for Vitagraph between 1918 and 1923, mostly playing the “heavy” for Larry Semon.

Strangely enough he did team up for a movie with Stan Laurel before they became the legendary duo.. The movie was the 1921 short film “The Lucky Dog”

During his time as part of Laurel & Hardy he did make a few movies without his comedic partner.

In 1949 he teamed up with another and even bigger Hollywood legend.No other then Marion Robert Morrison aka John Wayne was the acting partner of Oliver Hardy in the lighthearted Western

A biopic about Oliver Hardy and Laurel Hardy is currently showing in cinema’s worldwide. Stan & Ollie a heart-warming story of what would become the pair’s triumphant farewell tour. Both men truly deserve the title Legend because they just don’t come any bigger that them.