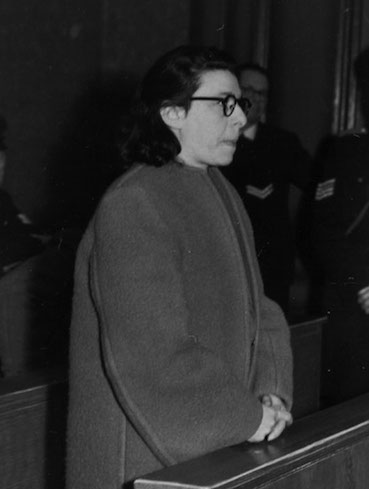 One thing I find hard to comprehend is the collaboration of Jews with the Nazis. On one hand I can understand that they did this because of self preservation, it is a human instinct to survive at any cost, but on the other hand they must have seen the fate of their friends and families. They must have figured out at some stage that Hitler was only interested in the complete annihilation of every Jew on the planet.

The victims that became traitors.

Anna (Ans) van Dijk (Amsterdam, December 24, 1905 – Weesperkarspel, January 14, 1948) was a Dutch-Jewish collaborator who betrayed Jews to Nazi Germany during World War II. She was the only Dutch woman to be executed over her wartime activities.

She was the daughter of Jewish parents, Aron van Dijk and Kaatje Bin. She married Bram Querido in 1927, and opened a millinery shop called Maison Evany in Amsterdam.Her Father died in 1939 in the Psychiatric hospital ,Het Apeldoornse Bos.

He had suffered from paranoia.Shortly afterwards Ans divorced her husband.After the marriage ended, she began a lesbian relationship with a Jewish woman named Miep Stodel, who had worked for her in the shop.

The shop was closed by the Nazis in 1941 as part of their seizure of Jewish property (Jews were forbidden to own businesses or work in retail shops).After that she died her hair blonde and acquired false identity papers and changed her name to Alphonsia Maria (Annie) de Jong  Stodel fled to Switzerland in 1942.

Ans started selling goods from Jewish real estate and helped Jews to find hiding places.In January 1943 she had to go in hiding herself.

Van Dijk was arrested on Easter Sunday 1943 by the Sicherheitsdienst (SD) and detective Peter Schaap of the Office of Jewish Affairs of the Amsterdam police. 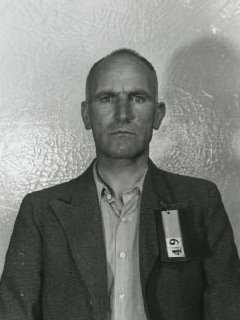 After promising to work for the SD, van Dijk was released. Pretending to be a member of the resistance, she offered to help Jews find hiding places and obtain false papers. In this way, she trapped at least 145 people (including her own brother and his family). Some 85 of her victims later died in concentration camps.She may have been responsible for the deaths of as many as 700 people.

After the war, she moved to The Hague, where she was arrested at a friend’s home on June 20, 1945, and charged with 23 counts of treason. On February 24, 1947, she was brought to the Special Court in Amsterdam.

She confessed on all counts, explaining that she only acted out of self-preservation, and was sentenced to death.

She appealed the conviction, but in September 1947 the Special Court of Appeals confirmed her punishment. Her request for a royal pardon was also rejected by Queen Wilhelmina.

On 14 January 1948 she was executed by firing squad at Fort Bijlmer in the then municipality Weesperkarspel (now the Bijlmermeer municipality of Amsterdam). The night before her execution she was baptized and joined the Roman Catholic Church. 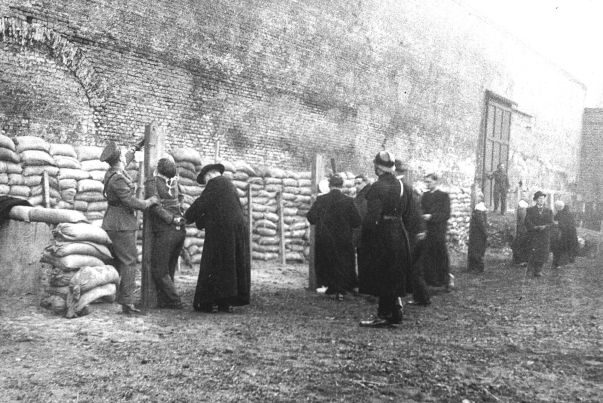 She had written several goodbye letters the one below was sent to the Nun who had visited her in jail, after she had asked for roman catholic rehabilitation work. In the letter she tells the nun that she had been baptized and she would be receiving her 1st holy communion.