2020 must have been one of the craziest years on record. Covid 19 has had an impact on the music industry but not as big of impact as the loss of some amazing musicians.

Below is a list of just some of the musician that dies this year.

Kenny Rogers Singer and songwriter Kenneth Donald Rogers was born on August 21, 1938, in Houston, Texas. While his name was “Kenneth Donald” on his birth certificate, his family always called him “Kenneth Ray.”

Florian Schneider-Esleben (7 April 1947 – 21 April 2020) was a German musician. He is best known as one of the founding members and leaders of the electronic band Kraftwerk.

Richard Wayne Penniman (December 5, 1932 – May 9, 2020), known as Little Richard, was an American musician, singer, and songwriter. He was an influential figure in popular music and culture for seven decades. Nicknamed “The Innovator, The Originator, and The Architect of Rock and Roll”,

Bonnie Pointer (July 11, 1950 – June 8, 2020)[1] was an American singer, best known for having been a member of the vocal group, the Pointer Sisters. Pointer scored several moderate solo hits after leaving the Pointers in 1977, including a disco cover of the Elgins’ “Heaven Must Have Sent You”

Peter Allen Greenbaum (29 October 1946 – 25 July 2020[1][2]), known professionally as Peter Green, was an English blues rock singer-songwriter and guitarist. As the founder of Fleetwood Mac, he was inducted into the Rock and Roll Hall of Fame in 1998.

Glyn Geoffrey Ellis (28 October 1945 – 6 August 2020), known professionally as Wayne Fontana, was an English rock and pop singer, best known for the 1965 hit “The Game of Love” with the Mindbenders.

I rarely get emotional when a musician passes away because to me they are merely mortals, just like every one else. However there have been 4 occasions where the death of a musician hit me hard. The first time was when Elvis dies, teh second time when Stevie Ray Vaughan shed his mortal coil. The 3rd time was when Dolores O’Riordan died the last time was on October 6,2020 when the news broke that one of me all thime heroes Eddie van Halen had left for that guitar shop in the sky.

Wayne Stevens (May 1958 – 7 November 2020), known by the stage name Bones Hillman, was a New Zealand musician best known as the bass guitarist for the Australian alternative rock band Midnight Oil, which he joined in 1987 and remained with until his death in 2020.

Charley Frank Pride (March 18, 1934 – December 12, 2020) was an American singer, guitarist, and professional baseball player. His greatest musical success came in the early to mid-1970s, when he was the best-selling performer for RCA Records since Elvis Presley.[During the peak years of his recording career (1966–1987), he had 52 top-10 hits on the Billboard Hot Country Songs chart, 30 of which made it to number one. He won the Entertainer of the Year award at the Country Music Association Awards in 1971.

These are the opening lines of the song “Red Sector A” by Canadian Rock band ‘Rush’. I am not exactly a fan of the band, there are only a few of their songs I like and Red Sector A is not one of them.Then why do a blog on the song?

It is only  by chance, I was doing research on survivors of the Bergen-Belsen concentration camp.

Gary Lee Weinrib aka Geddy Lee is the lead vocalist of the band Rush, His parents were Jewish Holocaust survivors from Poland who had survived the ghetto in their hometown Starachowice, followed by their imprisonments at Dachau and Bergen-Belsen concentration camps, during the Holocaust. They were about 13 years old when they were initially imprisoned at Auschwitz concentration camp, close to the same age as Anne Frank at that time.“It was kind of surreal pre-teen shit,” says Lee, describing how his father bribed guards to bring his mother shoes. After a period, his mother was transferred to Bergen-Belsen and his father to Dachau. When the war ended after the Allies liberated the camps, his father set out in search of his mother and found her at a displaced persons camp. They married there and eventually emigrated to Canada.

“Red Sector A”  provides a first-person account of a nameless protagonist living in an unspecified prison camp setting. “Red Sector A” first appeared on the band’s 1984 album “Grace Under Pressure”.

Though “Red Sector A,” like much of the album from which it comes, is set in a bleak, apocalyptic future,  “the psychology” of the song comes directly from a story Geddy Lee’s mother told him about the day she was liberated.

“She didn’t believe [liberation] was possible. She didn’t believe that if there was a society outside the camp how they could allow this to exist, so she believed society was done in.”This is something I can fully understand because  it is question that haunts me,leave alone those who survived it.

Lee did co-write the song with other members of Rush,Neil Pearl and Alex Lifeson. 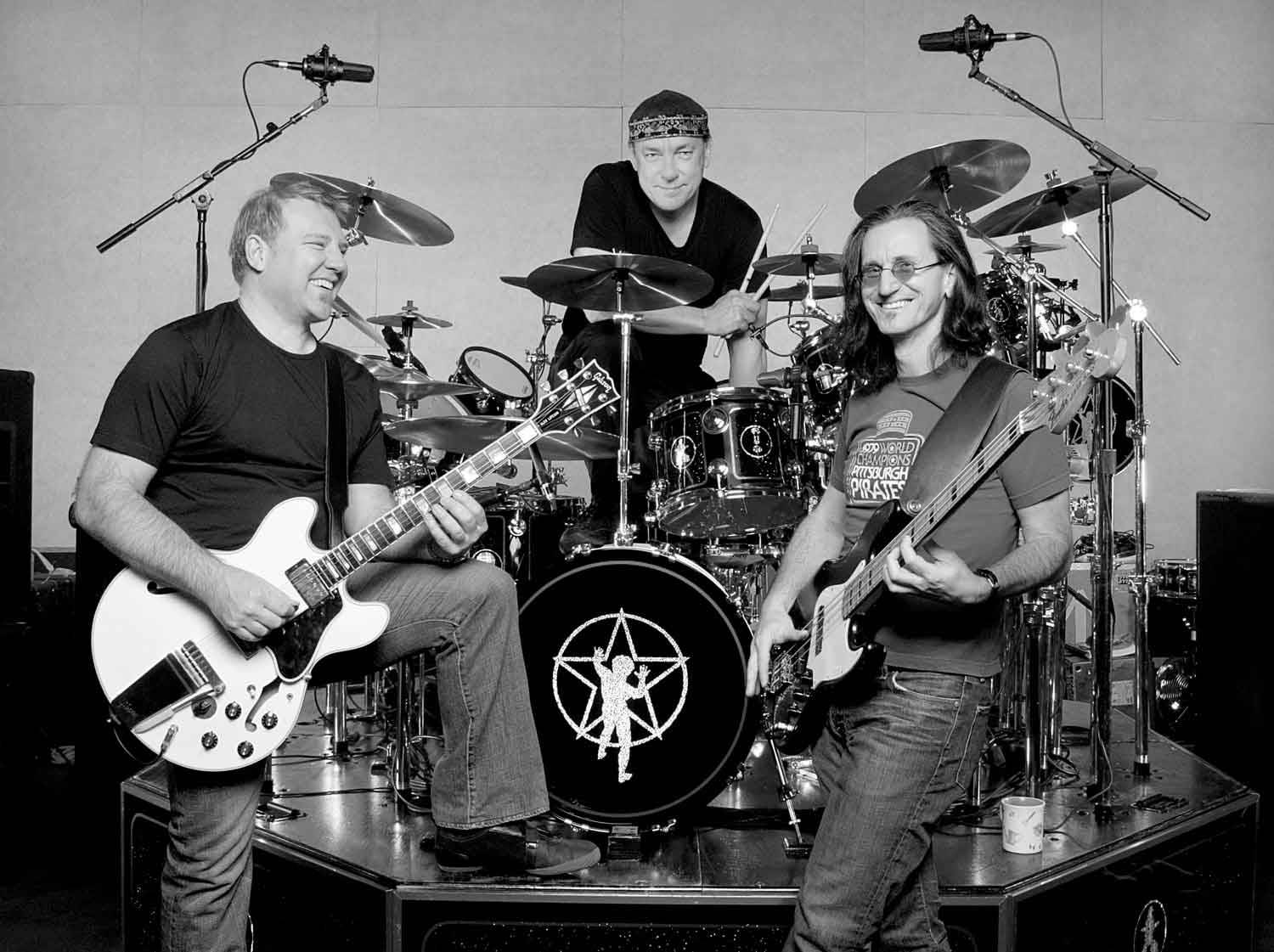 Someone remarked this week about Holocaust stories”will you ever give it a rest” I will give it a rest when it is no longer relevant, and that will be never. This song even indicates that it was not only the victims that were affected it is also their children,grand children and later generations. Aside from that this dark era in mankind’s history must never be forgotten because it can so easily happen again and it can become indeed a bleak, apocalyptic future as in the song Red Sector A.

Needless to say the song has now become one of my favourites.

Video edited selections of the Band of Brothers episode “Why We Fight” set to Rush’s “Red Sector A.”