I don’t think there is any one on this planet who doesn’t know Michael Jackson’s classic album ‘Thriller”.

The 3rd single from that album was ‘Beat It’  it includes one of the finest guitar solo’s ever played, performed of course by Eddie van Halen, although his name is not on the credits.Not only was he not credited he also did it for free, well sort of, his fee was a Six pack of beer.

Quincy Jones the producer of the album(and so many others) approached Eddie van Halen to contribute to the song.Eddie agreed and following day he met with Quincy Jones and Michael Jackson in the recording studio.

Michael Jackson went out to take a break from recording or 30 minutes or so. Eddie asked the sound engineer if he could make some changes. this took 10 minutes Eddie then improvised 2 solo’s both in one take, and one of the solo’s was finally used in the song. The rest as they say is Rock N Roll history.

He did however contributed on David Bowie’s classic Album “Let’s Dance” produced by Nile Rodgers Vaughan plays lead guitar on several tracks, including two of the album’s many mega-hits “Let’s Dance” and “China Girl” and on the less-famous “Cat People (Putting Out the Fire).”

Vaughan met Bowie at the 1982 Montreux Jazz Festival in Switzerland. After SRV’s performance, Bowie was so impressed that he later said, “He completely floored me. I probably hadn’t been so gung-ho about a guitar player since seeing Jeff Beck with his band the Tridents.”

Of Bowie, Vaughan said, “To tell you the truth, I wasn’t very familiar with David’s music when he asked me to play on the sessions. David and I talked for hours and hours about our music, about funky Texas blues and its roots. I was amazed at how interested he was.

It is just so sad to realize that 3 of these 4 musical giants have shed their mortal coil and are now gigging in that concert hall in the sky.

I am very careful when it comes to calling someone a hero, for so many who are considered a hero , often aren’t. However in this case I can say that SRV-Stevie Ray Vaughan was one of my heroes. The man who made playing guitar look cool again.

Some of the musicians boarded four Chicago-bound helicopters, which were waiting on a nearby golf course. Vaughan, along with three members of Eric Clapton’s entourage (agent Bobby Brooks, bodyguard Nigel Browne, and assistant tour manager Colin Smythe), boarded the third of the four helicopters—a Bell 206B Jet Ranger—flying to Meigs Field.

In Clapton: The Autobiography, Clapton explains that, contrary to rumors, his seat was not given to Vaughan, but three members of Clapton’s entourage were on board with Vaughan. According to a witness, there was haze and fog with patches of low clouds. The helicopter took off at about 12:50 am (CDT)on August 27 and, despite the conditions, turned left towards a 150-foot ski hill adjacent to the golf course. It collided with the hill approximately fifty feet from the summit.

All on board, including the pilot, Jeff Brown, were killed instantly.According to the Milwaukee Journal Sentinel, a veteran pilot for Alpine Valley suspected that Brown attempted to fly around the ski hill, but misjudged the location.The Civil Air Patrol was notified of the accident at 4:30 am, and located the crash site almost three hours later. 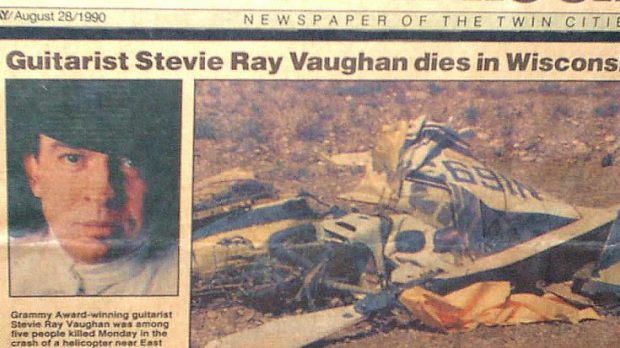 Clapton and Jimmie Vaughan were asked to identify the bodies. The Walworth County coroner conducted an autopsy and found that Vaughan suffered from multiple internal and skull injuries.Clapton issued a statement the next day, saying that the victims “were my companions, my associates and my friends. This is a tragic loss of some very special people. I will miss all of them very much.” A Coptic cross necklace, worn by Vaughan, was given to Jimmie Vaughan.

Vaughan’s memorial was held on August 30, 1990, at Laurel Land Cemetery in Dallas, where he was buried next to his father, and was preceded by a private chapel service for close friends and family. Reverend Barry Bailey of the United Methodist Church in Fort Worth, who was Vaughan’s AA sponsor, opened the service with personal thoughts: “We’re here to thank God for this man’s life. He was a genius, a superstar, a musician’s musician. He captured the hearts of thousands and thousands of people. I am thankful for the impact of this man’s influence on thousands of people in getting his own life together in the name of God.” Kim Wilson, Jeff Healey, David Bowie, Charlie Sexton, ZZ Top, Colin James, and Buddy Guy attended the event. Stevie Wonder, Jackson Browne, and Bonnie Raitt sang “Amazing Grace” at the event. Nile Rodgers gave a eulogy,while a member of the Nightcrawlers read chapters five and eleven from The Big Book, the foundation of Alcoholics Anonymous.In 1995, the Vaughan family received an undisclosed settlement for wrongful death.

Sadly Jeff Healey and David Bowie also have died since.

David Bowie and Stevie Ray Vaughan had collaborated on Bowie’s China Girl. The guitar solo is the genius of  SRV.

I only heard the news late in the evening. I remember it as vividly as the time I heard the news about Elvis’s death. I had just finished an evening shift and went to my local pub for a drink. where I saw these big tattooed ,pierced bikers with tears in their eyes. 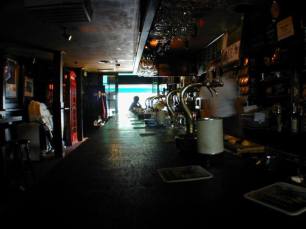 I asked “what happened?” and they replied in chorus”Stevie died” it was just so surreal.

Finishing up with my one of my favorite SRV tracks, taken from his last studio album “Family Style” 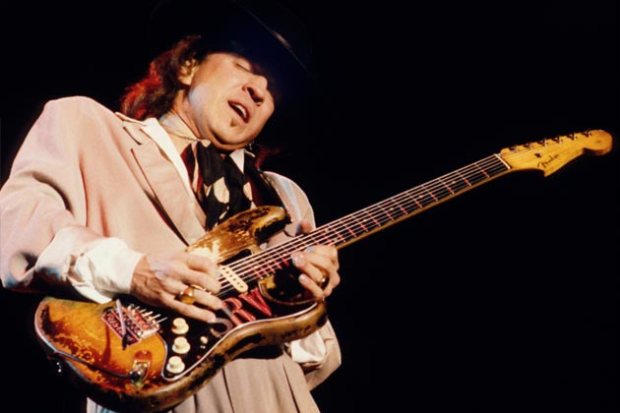 Music plays an important role in my life, it always have and it always will. It is not only listening to music, playing it also often played a therapeutic role, especially during my teenage years.

My weapon of choice,Guitar. Below a picture of my very 1st guitar. Many more were to follow.

It was my neighbor and friend who got me first interested in playing guitar. He had started playing it and it sounded cool, so I thought give it a go.After a while we both got the hang of it and we would often duel, sitting on our windowsills.Me on the 1st floor of our apartment block and he on the 2nd floor.Credit goes to all other neighbors,no one ever complained.

However there were two guitarists that really ignited the spark of my inner guitarists, They were from the other scales of the jazz/blues/rock spectrum.

First Jim Croce, the combination of his lyrics and the acoustic(easy sounding but not that easy to copy) way of playing guitar touched my soul. I only discovered his music years after he died. This is my favourite Jim Croce track.

The second guitarist is in my opinion the best guitarist that ever roamed the planet. The second you hear him you know it’s him. I am referring to Stevie Ray Vaughan. 27 August 1990, a piece of me died too.Tin Pan Alley is 9 minutes and 9 seconds of musical heaven.

I was lucky when I grew up music channels still played music,which opened up a whole array of music from bands I wouldn’t have heard of before. Fondly I remember a show called “Monsters of Rock” it was either on Sky(which basically started of as a music channel) . The opening theme of the show introduced me to another great Guitarist, the legendary Joe Satriani, I never heard anyone play guitar like that it was mesmerizing.

This concludes ‘ The music that shaped my life-part 2’ in part 3 I will be talking about a song that confirmed to  me that the  changes I made  to my life were the right ones.I know I said this concludes part 2, but I couldn’t leave out one particular SRV song, that I played a lot on the day he died 27-Aug-1990, it is from his last album. 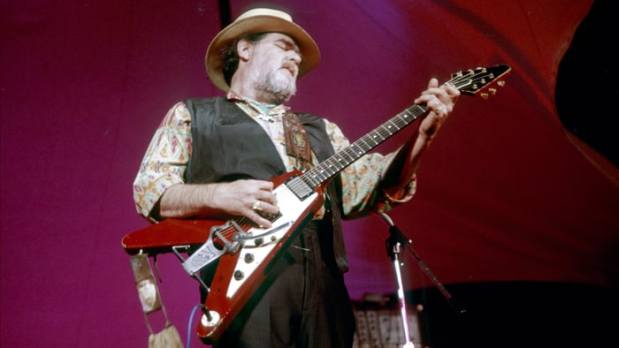 Needless to say that 2016 has been a devastating year for the music industry so many iconic artists have died, but one musician that is so often forgotten in this year’s review shows and lists is Lonnie Mack.

Lonnie Mack, the blues-rock pioneer who influenced an entire generation of guitarists like Stevie Ray Vaughan, Duane Allman, Eric Clapton and Keith Richards,died aged 74 on the 21st of April, the same day as Prince.

In his 1963 hit single instrumentals, “Memphis” and “Wham!”, he “attacked the strings with fast, aggressive single-string phrasing and a seamless rhythm style”, to produce a previously unheard sound that was “savagely wild [but] perfectly controlled.

Below are songs of guitarist who were heavily influenced by Lonnie Mack. Some of them he’ll be gigging with up in heaven.

One more from the great man himself