I am not dismissing climate change in fact I am convinced that there is a climate change. The one thing I am not convinced about is, is it really caused by man. We had several ice changes long before heavy industry and cars etc. 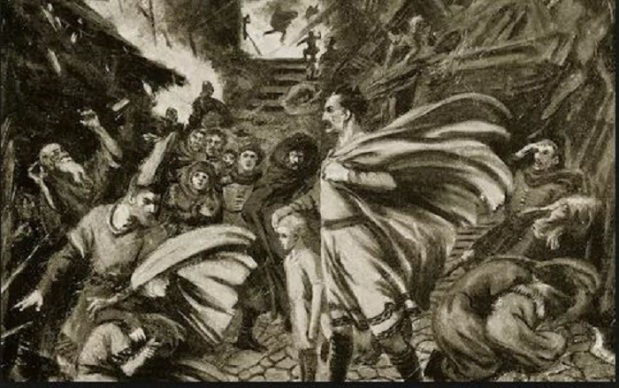 Not only was this the first recorded tornado in British history, it was also the most powerful. Damage included the complete levelling of the church of St Mary-le-Bow, whose giant rafters were reportedly driven more than 20 feet into the earth.

Around 600 houses were also destroyed, as well as the wooden London Bridge only just built by William the Conqueror – perhaps originating the famous nursery rhyme that declared “London Bridge is falling down”.

The tornado struck the heart of the city, causing a great deal of damage. The church of St Mary-le-Bow was completely leveled, to the extent that four huge 26 foot rafters were driven so far into the earth that only four feet remained visible above ground. Many more buildings, including around 600 mainly wooden houses, were also demolished although amazingly, only two deaths were recorded.

From accounts of the damage, meteorologists estimate that this tornado would have rated T8 on the tornado scale, which runs from T1 to T10. If so, winds of up to 240 mph would have struck the city.

After the tornado William Rufus rebuilt the bridge, but this too was short lived as a fire destroyed it only 40 years later. After this, the bridge was rebuilt in stone.