I heard a Holocaust survivor say “The Germans(citizens) weren’t vicious, they were just indifferent”

No one is born indifferent , you are conditioned that way and shortly after WWI, conditions were created where someone could step in and condition the Germans to be indifferent.

It was reporter Edgar A. Mowrer who stated “Hitler is not an intellectual genius, but he has a formidable instinct for politics.”

After WWI the situation in Germany was awful, a lot of historians say this was due to the treaty of Versaille, it was just too harsh for Germany. And to an extend I agree with that but the world had not seen a global conflict on that scale before, and the allied powers then walked into uncharted territory and felt they had to set a precedent,unfortunately it didn’t work out.

(People eat at a crowded dormitory of a lodging house for the homeless in Berlin.
1920) 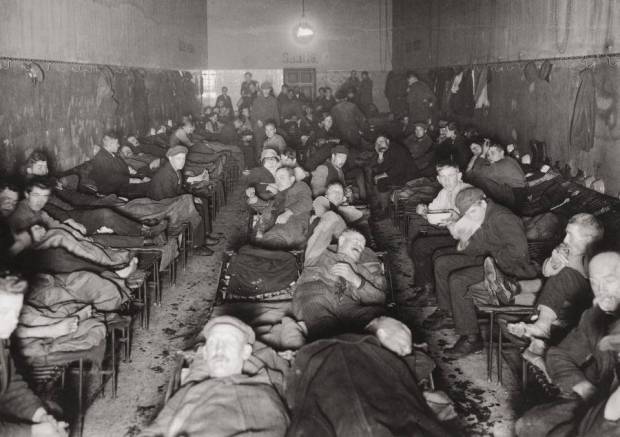 Along came a failed Austrian artist who promises the German people, jobs,food,wealth a good life.Combine this with the fact that Hitler had a fanatic cohort and were able to organize themselves in a short period of time.

This played to the imagination of the ordinary Germans who had no jobs, no food,no homes and no hope.

(Men and boys wait in line at a postwar German soup kitchen in a market hall in Berlin.
Homelessness reached alarming heights amid the postwar economic collapse.1920.)

All Hitler had to do was to find a scapegoat a group to put the blame on, the Jews. Of course he only showed the people the Jews that were doing well for themselves, but like any other group in Germany there were also Jews who were steeped in poverty.

(Nazis place a sign on the window of a Jewish-owned store encouraging Germans to not shop there.)

But during bad times people hear what they want to hear and if they hear they’ll be getting work again and will be pulled out of poverty, and the man who is promising this has already started to deliver on these promises, they believe every word he says.

(Hitler’s paramilitary “Brownshirts” sit down with a farmer and his wife and try to persuade them to vote NSDAP. Mecklenburg, Germany. June 21, 1932)

However Hitler did fulfill his promises, but for all the wrong reasons. He did create employment, for the war efforts. He did create wealth by stealing from Jews,Gypsies and others. He did eradicate homelessness for the ordinary Germans by shipping millions to the east and ultimately killing them.

(Newly-appointed Chancellor Adolf Hitler, at the window of the chancellery, waves at his supporters.Berlin. January 30, 1933.)

Germany of 1919 was like a different planet compared to the Germany of 1936 which hosted the Olympic Games. the 1936 Germany was one of the richest countries in the world.

Hitler was not the only politicians who promised things.every politicians makes promises. But most know they are not able to keep their promises, even if they have the best intentions of doing keeping them.

It is when the politicians suddenly keep their promises we will have to ask the question “at what price?” Sometimes it is better promises are broken.

The blame should also be put on the leadership of the allied powers, they knew that Hitler was breaking the treaty of Versaille left,right and center, especially when it came to rebuilding the German military,but they did nothing, in fact they gave him free reign.This of course was also seen by the ordinary Germans as a proof that their leader was doing the right thing,because no one stopped him.