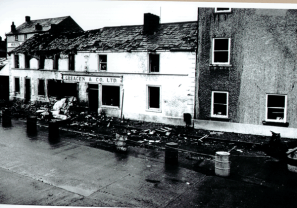 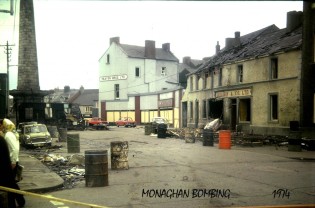 They killed 34 civilians including a full-term unborn child, and injured almost 300. The bombings were the deadliest attack of the conflict known as the Troubles, and the deadliest attack in the Republic’s history.Most of the victims were young women, although the ages of the dead ranged from five months to 80 year.

The Ulster Volunteer Force (UVF), a loyalist paramilitary group from Northern Ireland, claimed responsibility for the bombings in 1993. It had launched a number of attacks in the Republic since 1969. There are allegations taken seriously by inquiries that elements of the British state security forces helped the UVF carry out the bombings, including members of the Glenanne gang. Some of these allegations have come from former members of the security forces. The Irish parliament’s Joint Committee on Justice called the attacks an act of international terrorism involving British state forces.The month before the bombings, the British government had lifted the UVF’s status as a proscribed organisation.

Two of the bombs went off on Talbot and Parnell Streets before a third blast exploded on South Leinster Street near Trinity College, 27 people died.

In the aftermath of the coordinated attacks, then Taoiseach Liam Cosgrave condemned the atrocities:

I do not know which evil men did this but everyone who has practised violence or preached violence or condoned violence must bear his share of responsiblility. It will bring home to us what the people of Northern Ireland have been suffering for five long years.

Derek Byrne was just 14 and only a week into his first job working as a petrol pump attendant. Just as he was filling a car with petrol, a huge explosion struck on Parnell Street. 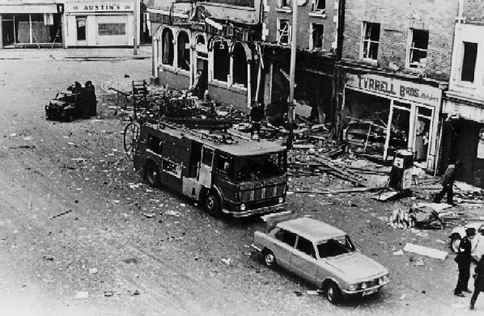 His injuries were so horrific that emergency services thought he had died. He recalls waking up in a hospital mortuary.

“I just remember pulling back the sheets and then the lady in the morgue, she ran out,” he says.

“I don’t know whether it was hospital porters or doctors who came in. I was put on a trolley and brought straight to theatre. I was 18 hours in theatre and then 12 weeks in a coma after that.”

After the blasts, bystanders rushed to help the wounded, and emergency response personnel were on the scene within minutes. Hospitals across Dublin were put on standby to receive casualties. However, rescue operations in Dublin were hampered by heavy traffic due to the bus strike. Rescuers, feeling that help was not coming fast enough, lifted the dead and wounded, wrapped them in coats and bundled them into cars to get them to the nearest hospital.[Garda Síochána squad cars escorted surgeons through the crowded streets to attend the wounded. Many people, on finding out what had happened, went straight away to offer blood.

Paddy Doyle of Finglas, who lost his daughter, son-in-law, and two infant granddaughters in the Parnell Street explosion, described the scene inside Dublin’s city morgue as having been like a “slaughterhouse”, with workers “putting arms and legs together to make up a body”.

At 18:00, after all of the dead and injured had been removed, Garda officers cordoned off the three bomb sites in Dublin. Fifteen minutes earlier, at 17:45, the orders were given to call out ‘national cordons’, to stop the bombers fleeing the stat] Garda officers were sent to Connolly Station, Busáras, Dublin Airport, the B&I car ferry port, and the mail boat at Dún Laoghaire.At 18:28, the Dublin-Belfast train was stopped at Dundalk and searched by a team of 18 Gardaí led by an inspector.During the evening of 17 May, Gardaí from the Ballistics, Photography, Mappings, and Fingerprints section visited the three bomb sites in Dublin and examined the debris.

Some accounts give a total of 34 or 35 dead from the four bombings: 34 by including the unborn child of victim Colette Doherty, who was nine months pregnant; and 35 by including the later still-born child of Edward and Martha O’Neill. Edward was killed outright in Parnell Street.Martha O’Neill was not caught up in the attack, although two of their children were seriously injured in the bombing; one of them, a four-year-old boy, suffered severe facial injuries. The 22-month-old daughter of Colette Doherty survived the Talbot Street blast; she was found wandering about near the bomb site, relatively unharmed.Six weeks after the bombings, the elderly mother of Thomas Campbell, who was killed in the Monaghan bombing, allegedly died of the shock she received at the death of her son.

Due to the bombings, the Irish Army withdrew its troops from UN peacekeeping missions for four year. 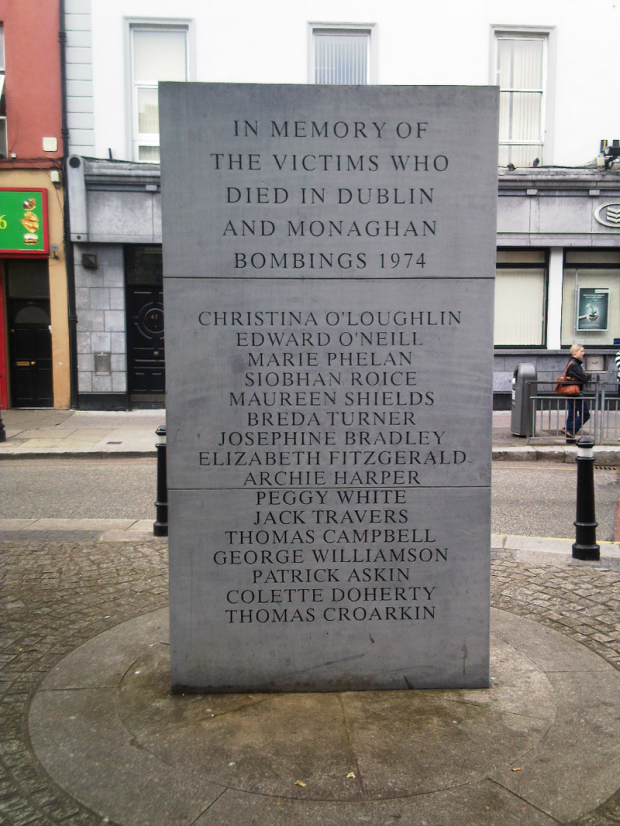