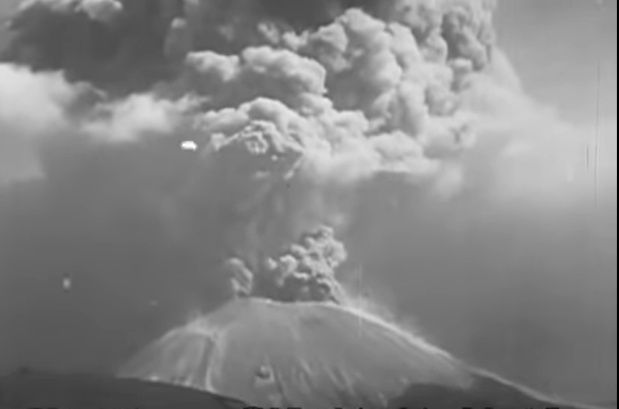 The last time the Mount Vesuvius erupted in Italy was on March 18 1944. The eruptions and the lava flows lasted for several days.

The villages  of San Sebastiano al Vesuvio, Massa di Somma, and Ottaviano were destroyed, as was  part of San Giorgio a Cremano. 26 died and thousands had to flee their homes.

The US Army Air Force 340th Bombardment Group  was based at Pompeii Airfield at the time, just a few Kilometers away from the volcono. Initially it was thought they didn’t have to evacuate but their luck. quickly changed.

Sgt. Robert F. McRae. documented the events in his diary.

“As I sit in my tent … I can hear at four- to 10-second intervals the loud rumbling of the volcano on the third day of its present eruption. The noise is like that of bowling balls slapping into the pins on a giant bowling alley. To look above the mountain tonight, one would think that the world was on fire. The thickly clouded sky glows like that above a huge forest fire. Glowing brighter as new spouts of flame and lava are spewn from the crater. As the clouds pass from across the top of the mountain, the flame and lava can be seen shooting high into the sky to spill over the sides and run in red streams down the slopes. … Today it is estimated that a path of molten lava 1 mile long, half a mile wide, and 8 feet deep is rolling down the mountain. Towns on the slopes are preparing to evacuate. Our location is, apparently, safe. At any rate no one here, civilian or Army authorities, seems too much worried. Lava has not started to flow down this side of the mountain as yet but is flowing on the other side toward Naples.”

“At about 5:30 p.m. small streams of lava began running down our side of the mountain. The first on this side. Soon many swift, fiery streams were flowing in all directions. The rumbling continues — more prolonged now. This evening it would seem that the whole top of the mountain is burning. Fiery patches here and there resemble a log which is just burning out. Heavy explosions occur followed by prolonged rumbling while sparks and molten lava are thrown high into the air to fall like rain on all sides of the cone.”

The next entry was on March 29th.

“almost complete devastation” with “tents torn to ribbons” and “88 B-25 Mitchells — $25 million worth of aircraft … a total loss.”

Estimates ranged from 78 to 88 aircraft destroyed.

The subject in this blog is Harry R Truman a resident of the state of Washington who lived near Mount St. Helens.

Truman enlisted in the US Army as a private in August 1917. and served in France during World War I.

On 24 January 1918, the SS Tuscania departed Hoboken, New Jersey, with 384 crew members and 2,013 United States Army personnel aboard, Harry R Truman was one of the 2,013. The destination was Liverpool in England. 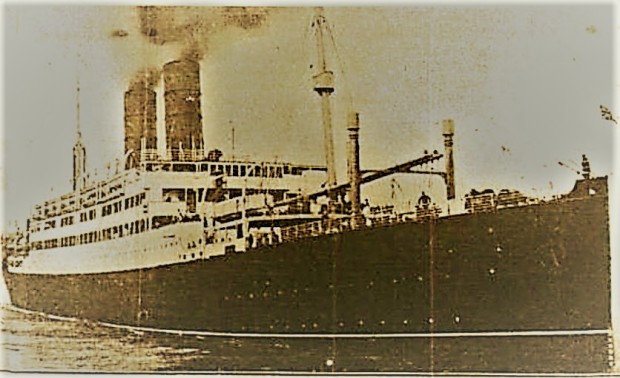 On the morning of February 5th, 1918, the SS Tuscania was sighted by the German submarine UB 77.During that day, the U-Boat stalked the SS Tuscania until early evening. Under the cover of darkness at about 6:40 pm, the submarine′s commanding officer, Captain Wilhelm Meyer, ordered two torpedoes fired at the Tuscania.

The second torpedo struck the ship and sank it in the Irish Sea. 210 of the crew and troops perished that day. Harry R Truman was not one of them.

He went on to live a long life, but his death was caused by another explosion of sorts.

Truman moved near to Mount St Helens where he owned a lodge on Spirit Lake ,near the foot of the mountain for more than 50 years. He became somewhat of a  celebrity during the two months of volcanic activity preceding the 1980 eruption of Mount St. Helens. He figured the danger was exaggerated and told reporters

“I’m going to stay right here because, I’ll tell you why, my home and my f**king life’s here. If the mountain goes, I’m going with it”

Unfortunately the volcano did erupt and Harry R Truman did die on May 18,1980 aged 83. His home was hit by a mud and snow avalanche, and buried the site of his lodge under 150 feet (46 m) of volcanic landslide debris.. His remains were never found.

Some people may think he was foolish not to leave while he still could. But he knew what he wanted and where he was happiest and that was where he and his wife, who died a few years earlier, had made a life for themselves. They had found their bit of paradise for that I admire him because so few find that place they can truly call home.