Ireland remained neutral throughout World War II, but that is not to say there was no contribution from the Irish during the war. Many young Irish men did join the British army and also  partook in Operation Overlord, more common;y known as D-Day.

However this blog is not about any of those troops but about 2 less likely participants in Operation Overlord. 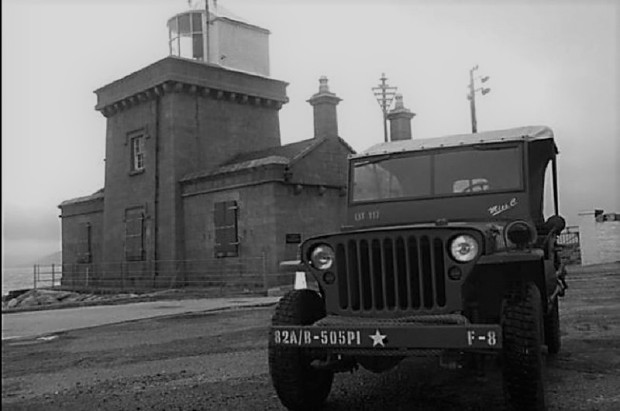 When Maureen Flavin took on a job as postmistress at the Blacksod light house in Co. Mayo in Ireland she had not anticipated the other job which was bestowed on her.The job was taking barometer and thermometer readings(basically weather forecasting) at the remote Blacksod weather station on Ireland’s west coast. But she did do her job and it made a global impact.

On her 21st birthday, June 3 1944, she took the barometer readings and noticed a sudden drop, indicating bad weather was coming. Maureen gave the report to Ted Sweeney who was the lighthouse keeper and they sent it in and, Maureen , quickly received a call from a British woman asking them to check and confirm the report.

The report was send again and an hour later, she received a call from the same British woman, asking her to check and confirm again, which she did.

Unbeknownst to Maureen the Allied leaders who were  in London were relying on her weather reports to judge whether they should proceed with the D-Day launch as planned. The chief meteorologist, a Scottish man named James Scagg, was giving General Eisenhower regular weather updates.

He advised Eisenhower that based on Maureen’s report Operation Overlord, which was planned for June 5,1944, should be postponed. Scagg knew that the weather forcasted by  Maureen would hit the UK and France after it hit Ireland.Eisenhower took the advice and postponed the planned invasion by a day. So D-Day happened on June 6 because of young Irish woman. Maureen later married the lighthouse keeper Ted Sweeney. Their son Vincent is currently the lighthouse keeper at Blacksod light house.

The other unlikely Irish D-Day hero was born and raised in the village of Carnlough on the Antrim Coast in Northern Ireland. He joined the RAF as a messenger, and although he wasn’t a pilot nor did he have a plane he still flew a dangerous mission.

You see Paddy was a messenger pigeon who served with the RAF during the Normandy operations in June 1944,

He was the fastest pigeon to reach England with a coded message from the battle-front beaches of Normandy.

The brave bird brought back vital information about the Allies’ progress, flying 230 miles in four hours 50 minutes – the fastest time of any of the messenger pigeons involved in the mission with an average speed of 56 mph.

In the face of poor weather conditions and the threat of German falcons, deployed to intercept Paddy and his comrades, he delivered his message to his home loft at RAF Hurn.

He was the only Irish pigeon to have been awarded the Dicken Medal for bravery. Paddy was trained for his specialist role in Northern Ireland and England.

Prior to the D-Day Normandy landings on June 6, 1944, the bird was delivered to RAF Hurn in Hampshire. Two days later he was among 30 pigeons taken to France by a unit of the 1st US Army. Paddy was released at 8.15 a.m. on June 12, carrying coded information on the Allied advance.

Due to a constant blocking of Social Media outlets it is getting increasingly difficult for me to post my blogs. So please subscribe to my website is free