The British government have passed a law which will send refugees coming into Britain, to Rwanda. Boris Johnson’s government announced in April that it would send some asylum seekers to Rwanda for an initial payment of 120 million pounds.

Lets just have a quick look back at Rwanda’s recent history. In just 100 days in 1994, about 800,000 people were slaughtered in Rwanda by ethnic Hutu extremists. They were targeting members of the minority Tutsi community, as well as their political opponents, irrespective of their ethnic origin. One man, Paul Rusesabagina (pictured above)source- a hutu himself, saved more than 1,200 people during the nation’s 1994 genocide. His story was portrayed in the movie Hotel Rwanda.

The Rwandan government, headed by the Tutsi president Paul Kagame,  abducted Rusesabagina, 67, in August 2020 in Dubai. This past September, a Rwandan court sentenced him to 25 years in prison. Rusesabagina is a U.S. permanent resident and holds Belgian citizenship.

The Rwandan government has openly admitted that it planned an elaborate operation inside the United States to track Paul Rusesabagina and use its agents to trick him into traveling — with false promises of contractual work in Burundi— from his home in the United States to Rwanda,” lawyers for the Rusesabagina family say in court documents. “He was drugged and taken to Rwanda where President Paul Kagame’s security agents forcibly abducted him, tortured him, and forced him into illegal imprisonment.”

Rusesabagina has been a harsh critic of Rwandan President Paul Kagame, accusing the president of war crimes and human rights violations. The Rusesabagina family says the government targeted him in response.

That is the same government Boris Johnson’s government struck a deal with in order to ‘alleviate’ Britain’s refugee crisis. 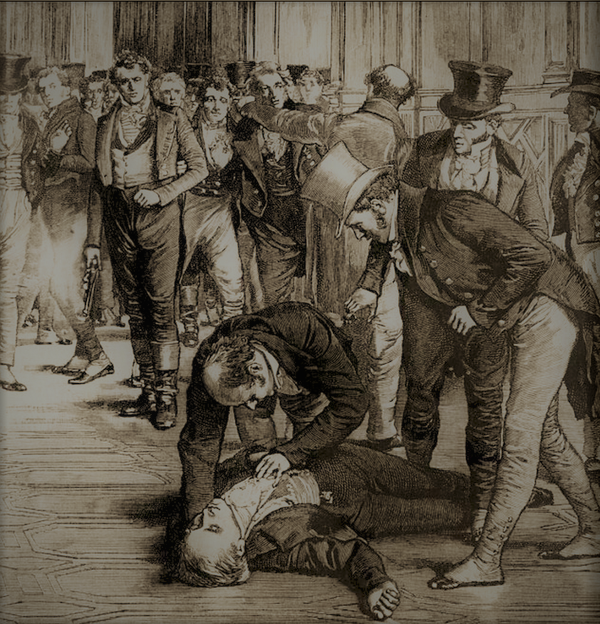 As the Prime Minsiterl entered the lobby of the House of Commons a number of people were gathered around in conversation as was common practice. Many turned to look at him as he came through the doorway. No-one noticed as the quiet man stood up from beside the fire place, removing a pistol from his inner pocket . Nor did anyone notice as the man walked calmly towards the Prime Minister. When he was close enough, without saying a word, the man shot his gun directly at the Prime Minister’s chest. The Prime Minister staggered forward before falling to the ground, calling out as he did so words that witnesses later recalled in different ways as: “I am murdered!” or ‘Murder, Murder’ or ‘Oh God!’ or ‘Oh my God!” 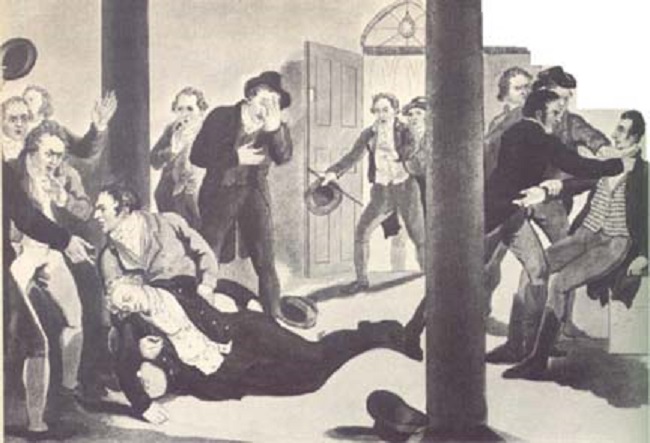 John Bellingham was a businessman in his forties, who in 1804 had been falsely imprisoned for debt in Russia. The British embassy would not help him and when he was released in 1809 he returned to England seeking compensation from the British government, which kept turning him down.

On Friday 15 May 1812  John Bellingham  got his day in court, but only to answer a charge of murder. The trial took place in a crowded court room at the Old Bailey, presided over by Sir James Mansfield, the Lord Chief Justice of the Common Pleas. 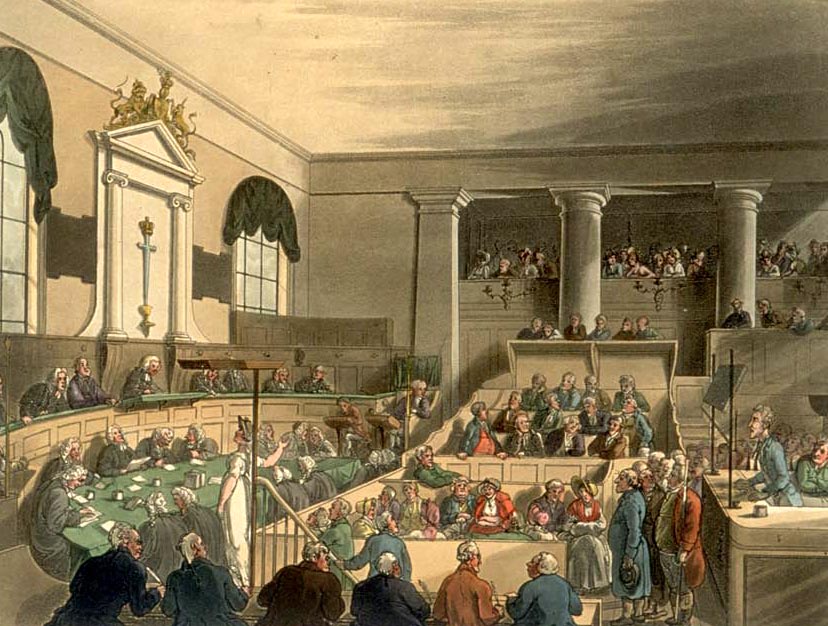 Bellingham was denied to plead insanity and was found guilty of murder, executed by public hanging at Newgate .

The execution was fixed for the morning of Monday 18 May , his body was then  handed over to the anatomists to be dissected.Bellingham’s skull was preserved at Barts Pathology Museum 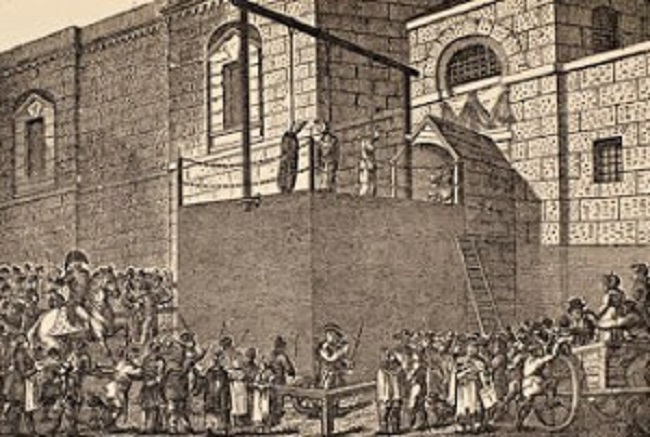 Perceval, meanwhile, was brought in an impressive funeral procession from Downing Street to Charlton, to be buried in a family vault at St Luke’s.