At their annual rally held in Nuremberg on September 15, 1935 Nazi party leaders announced, after the Reichstag had adopted them, new laws that institutionalized many of the racial theories underpinning Nazi ideology.

The so-called Nuremberg Laws, signed by Hitler and several other Nazi officials, were the cornerstone of the legalized persecution of Jews in Germany. They stripped German Jews of their German citizenship, barred marriage and “extramarital sexual intercourse” between Jews and other Germans, and barred Jews from flying the German flag, which would now be the swastika.

It would be less then 5 years later, when the Nazis introduced laws against Jews in the Netherlands.

In October 1940, only 5 months after the Germans invaded, a ban on ritual (kosher) slaughter was introduced. Additionally there were, removals of Jews from government employment, confiscations of radios. Jews were banned from recreational facilities, hotels, restaurants. Jews had to register with Dutch authorities by the deadline of January.

A great number of laws were to follow. The most cynical laws, at least that’s what I think, were the laws restricting the movements of Jews. In June 1942 Jews were forbidden to ride on public transportation such as buses and trams. Jews were given a residential curfew from 8 p.m. to 6 a.m. And one that may not seem like a harsh one, but anyone who knows the Netherlands knows the importance of the bicycles for the Dutch, On June 23 1942, Jews were required to turn in their bicycles.

The reason why I think these were cynical laws, is because they ensured that the Jews could not travel, therefore they had to remain near their home. This made it easier to find them and round them up during raids.

In a way I can understand why some Dutch turned a blind eye, I can understand it but don’t condone it. However one thing I can’t fathom is why some people did report their Jewish neighbours if they hadn’t turned in their bicycles. Neighbours they had lived next to for many years, and even had invited them into their house for coffee and cake. There was no punishment for not reporting Jews, yet so many were quite eager to betray their fellow citizens. 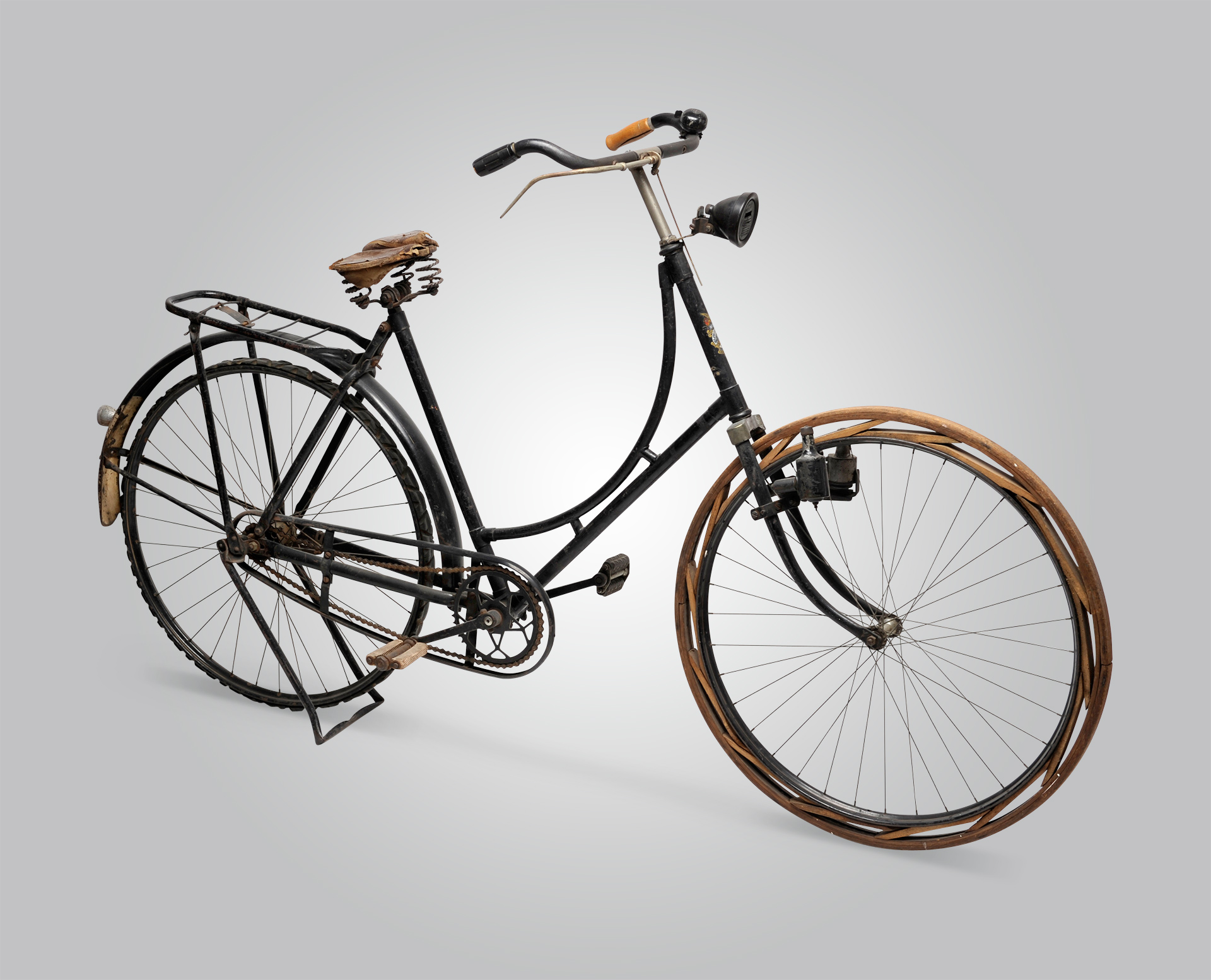 The Dutch are known for their love of bicycles, for most Dutch people it is the first choice of means of transport.

Needless to say that the bicycle did play an important role in WWII. There is a long running joke about the Germans giving back dutch bikes, this comes from WWII, The German occupiers demanded all Men’s bikes to be handed over to the Germans. In July 1942 additionally to the demand of the confiscation of bikes, all Jews were also forbidden to even ride a bike. 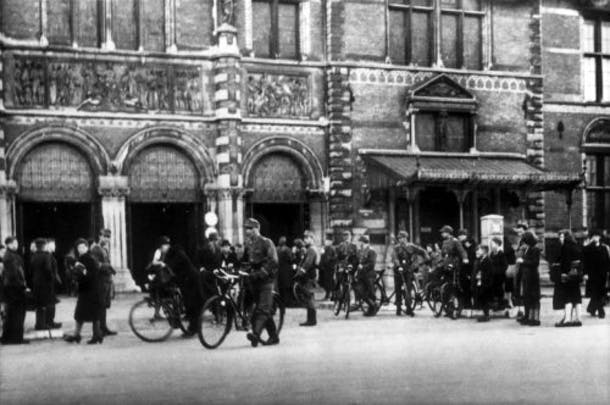 Some exemptions were made to some groups who were allowed to keep their bikes, often they would be people working with the Germans or people working on a farm. A pamphlet was distributed  in Amsterdam in relation to those exemptions. 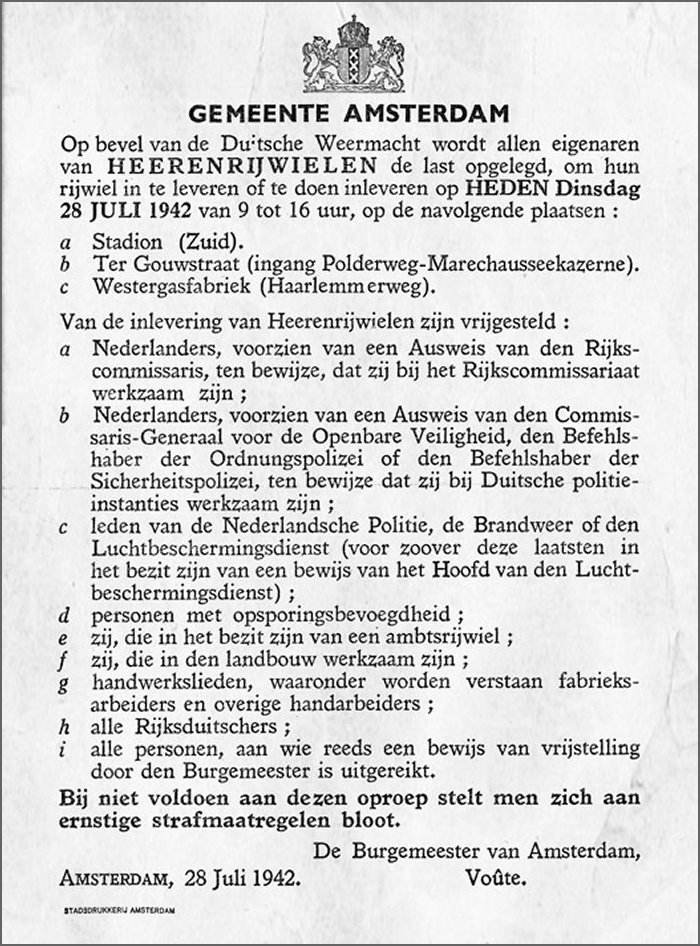 As the end of the war approached the Germans stole a great number of bikes either to escape to Germany or to get to the allies to surrender. 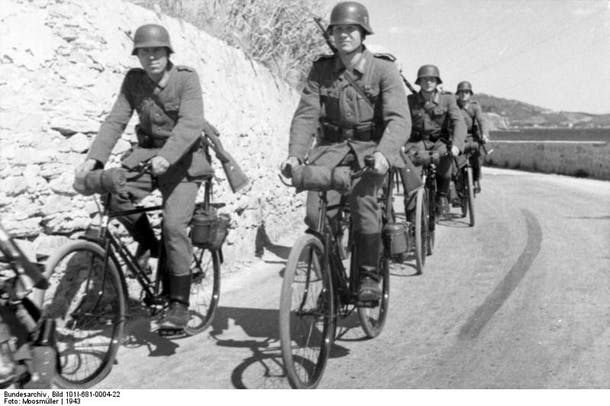 At the later stages the reprisals of not handing over bicycles to the German occupiers became more severe. The picture below shows a notification posted in the town of Heilo sating that all bicycles had to be delivered to the town hall on October 9th 1944 at before 15:30, failure to fully comply would result in 10 citizens being executed. 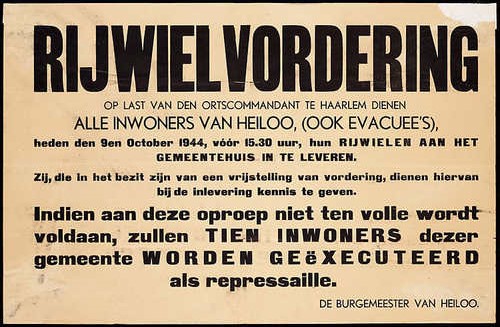 The bicycle was also used by many Dutch to generate light during times of power outages.

The German occupier abolished freedom of the  printed press. An illegal press was established  in response to this. The first newspapers appeared occasionally , however  by the end of the war the number of illegal publications had increased to 1300.

Creating and distributing these papers was very dangerous work, punishable by death. Even having a single copy in your possession put your life at risk. Along with the growing shortages caused by the war, for instance of paper, these illegal presses also faced other difficulties. Members of the Amsterdam Resistance used a bicycle-powered mimeograph machine to stencil underground newspapers, most likely from late 1944, when the electricity in the city was cut off more and more frequently. 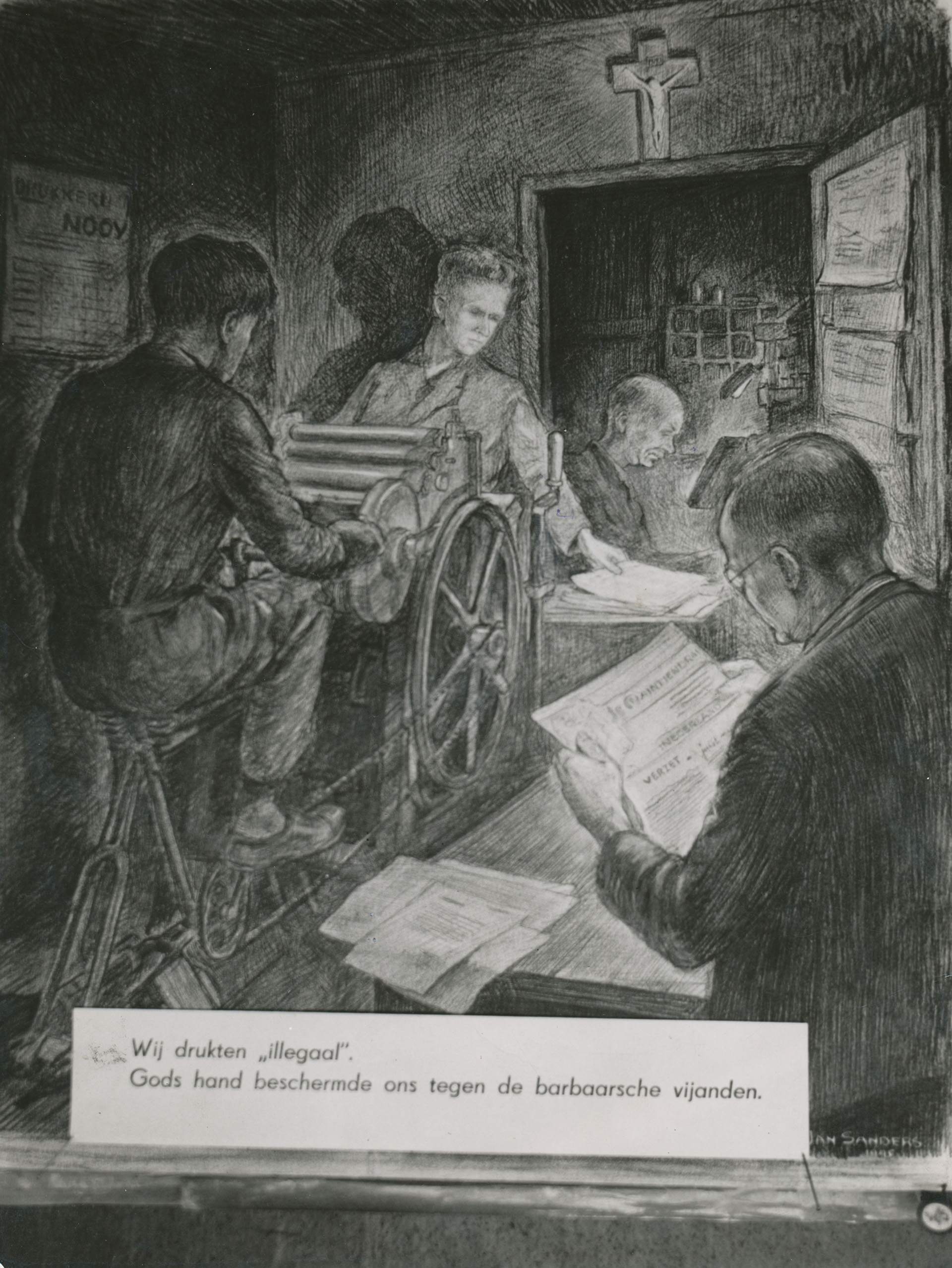 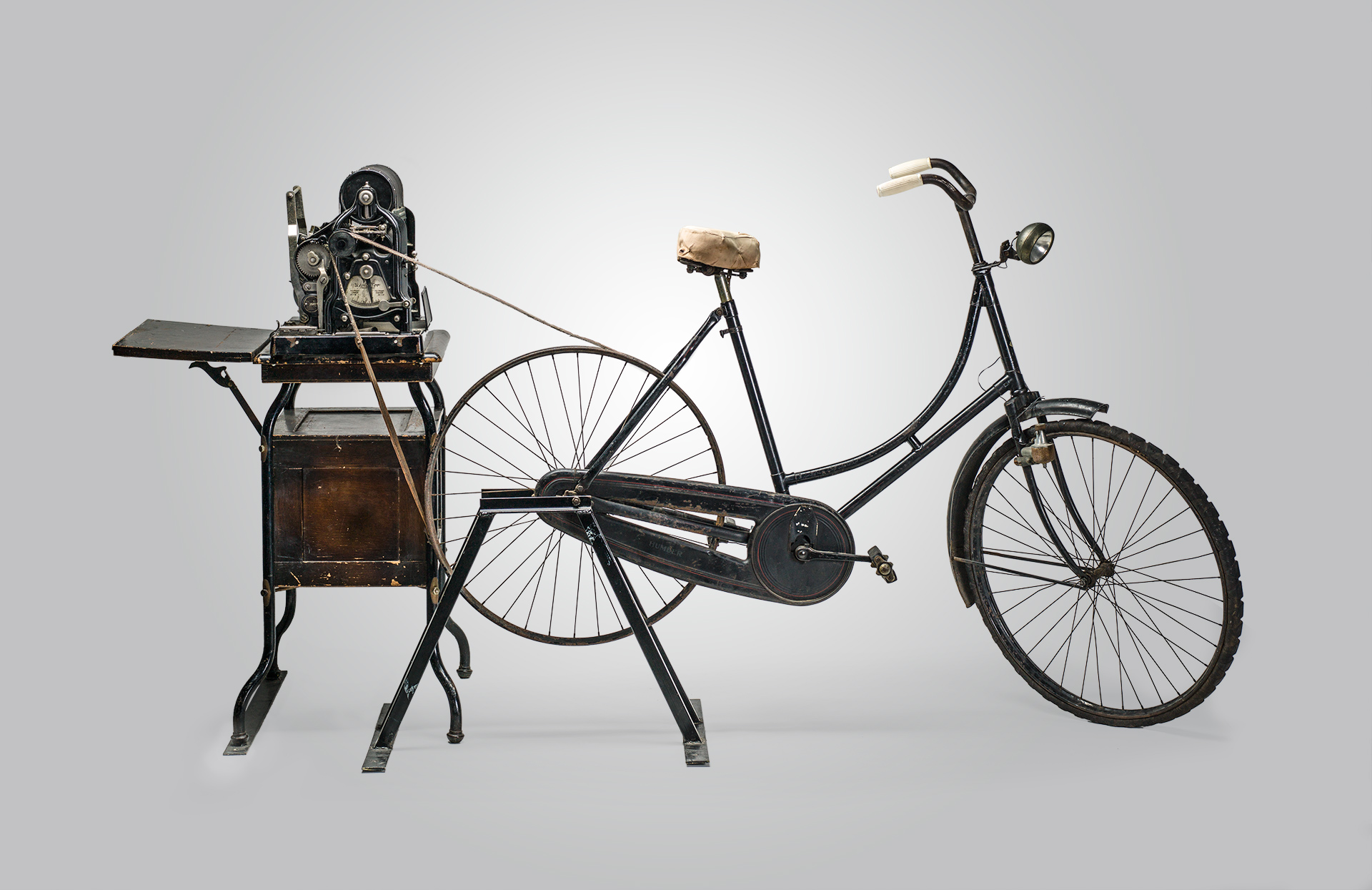 So next time you visit the Netherlands and you see the millions of bicycles, just remember it is not just a means of transportation, It is also a cultural heritage that people have died for in order to preserve it. 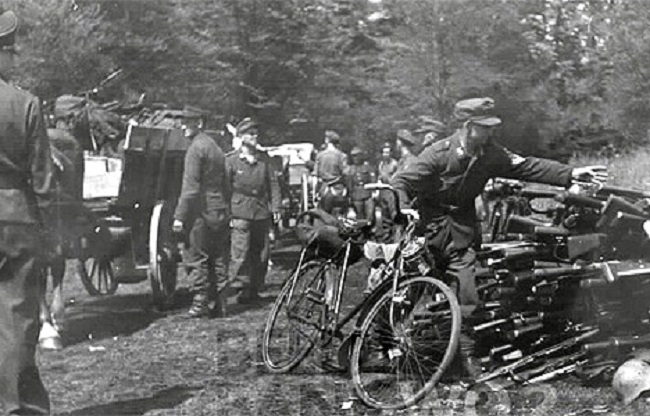