On August 16 ,1933 Hermann Göring announced he would put an end to the unbearable torture and suffering in animal experiments. He also threatened that he would commit to concentration camps those who still thought they could continue to treat animals as inanimate property.

He decried the “cruel”experiments of unfeeling scientists whose animals were operated on, burned, or fro-zen without anesthetics.

In a radio broadcast om August 28 1933 hr told the German nation “An absolute and permanent ban on vivisection is not only a necessary law to protect animals and to show sympathy with their pain, but it is also a law for humanity itself…. I have therefore announced the immediate prohibition of vivisection and have made the practice a punishable offense in Prussia. Until such time as punishment is pronounced the culprit shall be lodged in a concentration camp”

On November 24, 1933, the Nazis enacted another law called Reichstierschutzgesetz or Reich Animal Protection Act, for protection of animals. The law included using animals in the making of films or other events if there was a threat to the health or well being of the animals.

Yet they had absolutely no issues whatsoever using human beings for experiments, even new born babies nor did they care for their well being. In the majority of cases the human test subjects were murdered, if they had survived the experiments at all.

It was already known in the 1930s that the Nazis used human beings for experiments, as the satirical cartoon of 1934 ,which was published in a Dutch newspaper illustrates.

The carton says “Göring forbids vivisection(on animals) . We have enough Jews and Marxists for that instead”

I believe it is very important to keep history alive, but unfortunately that is not free. However I will not ask to pay for subscription , but if you want to donate it is very much appreciated, but only of you can 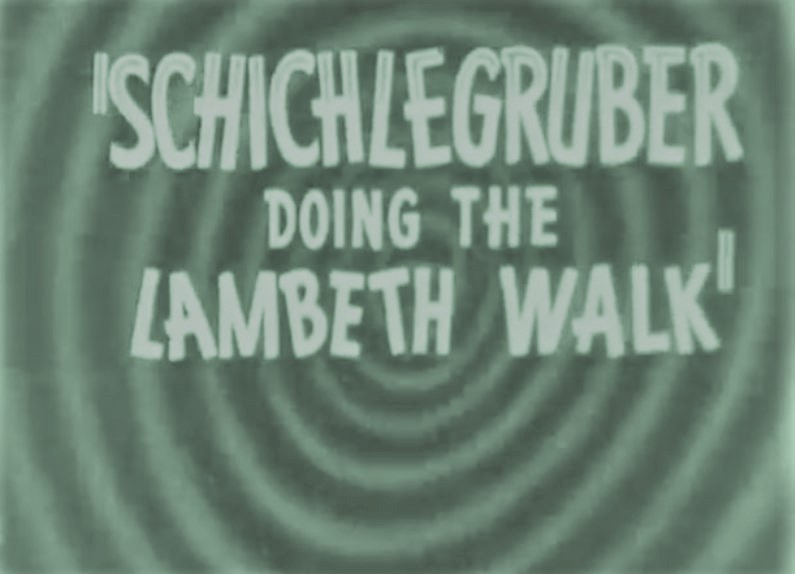 One of the most effective weapons during WWII, and indeed nearly every war, was propaganda.

Where the Nazis mostly used their propaganda to incite fear and hate, the allies and especially the Brits sometimes adopted a different approach. They’d often used humour and satire in order to ridicule the Nazis and their beloved leader Hitler.

in August 1939  Toby O’Brien, an Anglo-Irish journalist  and publicist for the British Council at the time, wrote the song  “Hitler Has Only Got One Ball” Initially it was called  “Göring has only got one ball”, referring to Göring’s groin injury he suffered during the Beer Hall Putsch, the song also implied that Hitler had two small ones. In nearly all later versions, the positions were reversed. 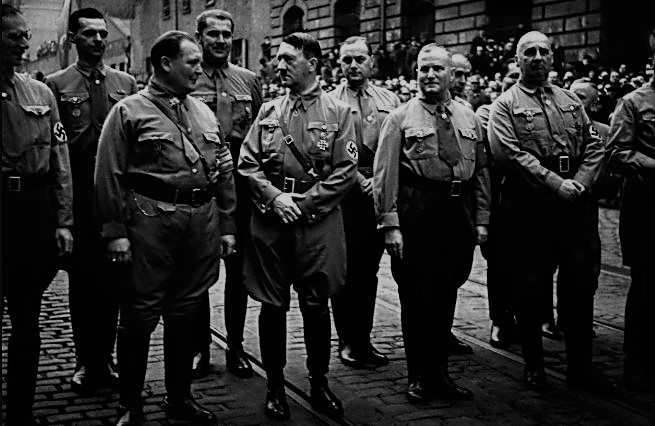 It worked ,Joseph Goebbels was furious after seeing the film ,so much so that he reportedly ran out of the room kicking a chair and screaming profanities.

The video uses scenes from  the 1934 German propaganda film ‘Triumph of the Will’ and is re-edited to make it  appear comically  as if Nazi troops and Hitler are doing the Lambeth Walk dance. 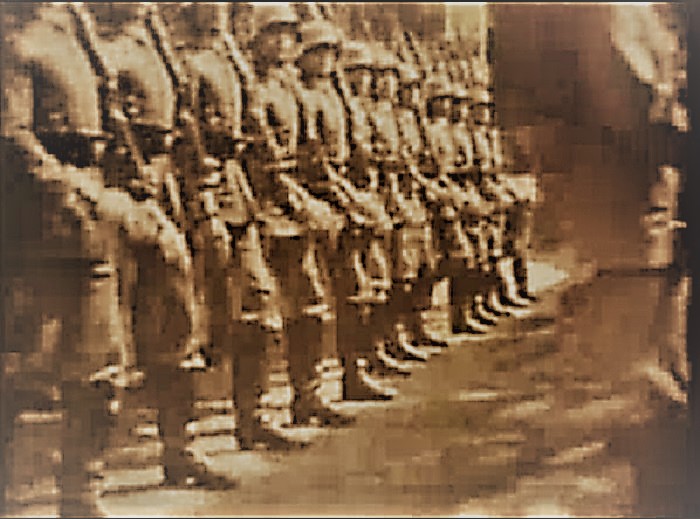 The “Lambeth Walk” was a popular dance craze in the U.S. and the U.K. in the late 1930s. The song, from the musical Me and My Girl, referred to a street in a Cockney district in London. Dancers strode back and forth, punctuating their “walk” with high kicks and broad gestures.

The video, entitled ‘ Lambeth Walk-Nazi Style’, was produced by Leslie Winik and edited by a British Ministry of Information official Charles A. Ridley and was screened in cinemas all across the UK.It is probably the world’s first parody video.