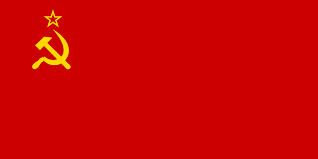 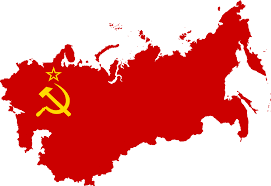 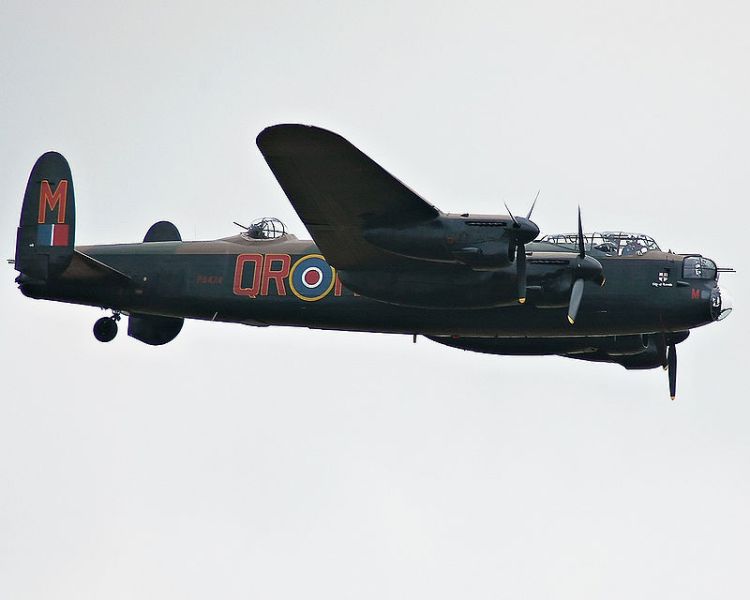 On the night of 24 March 1944, 21-year-old Alkemade was one of seven crew members in Avro Lancaster B Mk. II, DS664,of No. 115 Squadron RAF. Returning from a 300 bomber raid on Berlin, east of Schmallenberg, DS664 was attacked by a German Ju 88 night-fighter, caught fire and began to spiral out of control. Because his parachute was un-serviceable, Alkemade jumped from the aircraft without one, preferring to die by impact rather than burn to death. He fell 18,000 feet (5,500 m) to the ground below.

His fall was broken by pine trees and a soft snow cover on the ground. He was able to move his arms and legs and suffered only a sprained leg. The Lancaster crashed in flames, killing pilot Jack Newman and three other members of the crew. They are buried in the Commonwealth War Graves Commission Hanover War Cemetery.

Alkemade was subsequently captured and interviewed by the Gestapo, who were initially suspicious of his claim to have fallen without a parachute until the wreckage of the aircraft was examined. He was a celebrated prisoner of war, before being repatriated in May 1945. (Reportedly, the Germans gave Alkemade a certificate testifying to the fact.)

Alkemade worked in the chemical industry after the war and died on 22 June 1987. 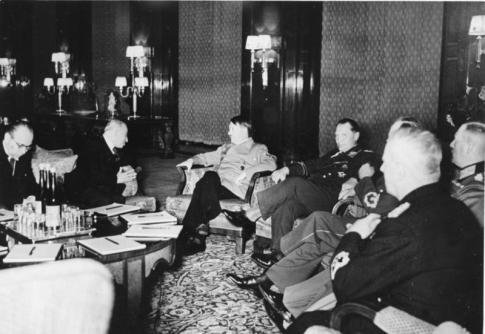 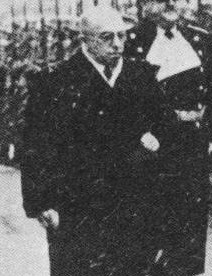 When Hitler informed theCzech president of the imminent invasion of his country, he suffered a heart attack and had to be kept awake to sign his surrender.

Hitler gave the President two options: cooperate with Germany, in which case the “entry of German troops would take place in a tolerable manner” and “permit Czechoslovakia a generous life of her own, autonomy and a degree of national freedom…” or face a scenario in which “resistance would be broken by force of arms, using all means.” By four o’clock, after suffering a heart attack induced by Göring’s threat to bomb the capital, Hácha contacted Prague, effectively “signing Czechoslovakia away” to Germany.French Ambassador Robert Coulondre reported that by half past four, Hácha was “in a state of total collapse, and kept going only by means of injection. 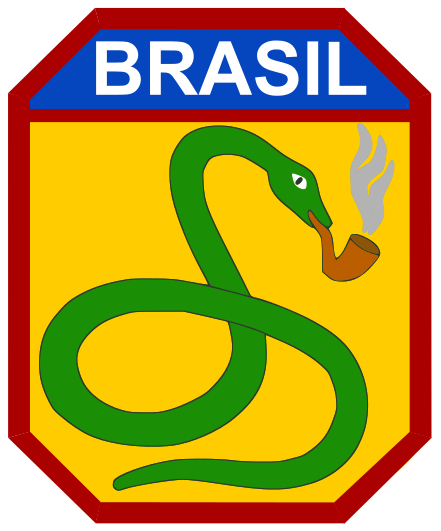 Brazil was the only independent South American country to send ground troops to fight in WW2, with over 25,000 soldiers.

The Brazilian Expeditionary Force or BEF consisted of about 25,700 men and women arranged by the army and air force to fight alongside the Allied forces in the Mediterranean Theatre of World War II. This air-land force consisted of (replacements included): a complete Infantry Division, a Liaison flight, and a Fighter squadron.

It fought in Italy from September 1944 to May 1945, while the Brazilian Navy as well as the Air Force also acted in the Battle of the Atlantic from the middle of 1942 until the end of the war. During almost eight months of its campaign, fighting at Gothic Line and in the 1945 final offensive, the BEF managed to take 20,573 Axis prisoners, consisting of two generals, 892 officers, and 19,679 other ranks. Brazil was the only independent South American country to send ground troops to fight overseas, losing 948 men killed in action across all three services during the WWII. 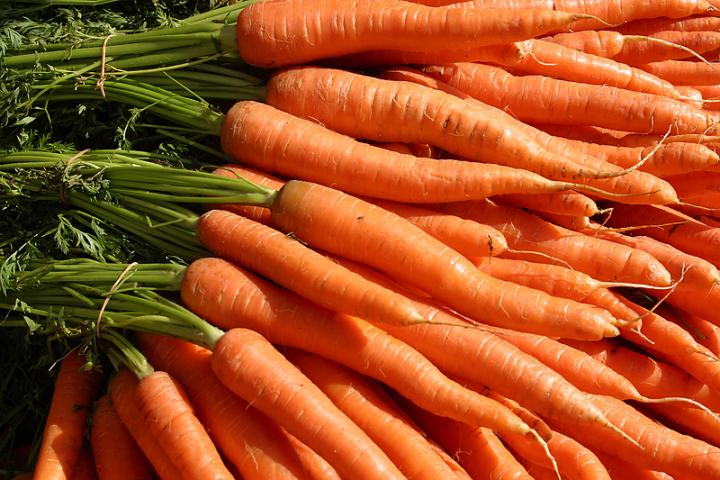 Carrots don’t make youreyesight better. That was a lie from the British to cover up their technology from the NAZI during WW2.

In World War II, British pilots had a game-changing new tool for finding their enemies at night — RADAR. But if the enemy knew about the Allies’s new tech, they’d undoubtedly start working on copying it. So the British military started a rumor that their pilots had high-carrot diets to thank for their new-found night vision. 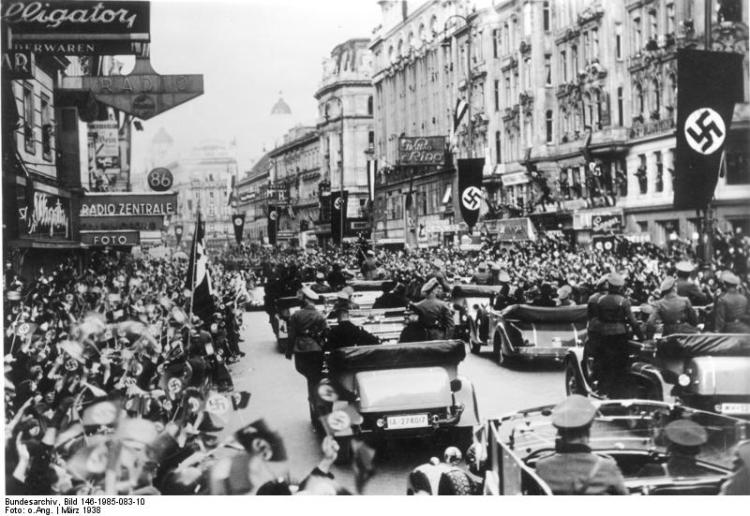 The only country to protest against the German annexation of Austria of 1938, right before WW2, was Mexico.

Mexico submitted its protest to the League of Nations in Geneva on March 19, 1938. The League of Nations records show that no other country acted. On June 11, 1938, Chile expressed its regret that Austria had disappeared as a member of the League of Nations and the representative of the Spanish Republican government at the League accused Nazi Germany on the same day, stating that “they have devoured Austria; they are trying to reduce Spain to ashes; they menace the very existence of Czechoslovakia.” On September 21, 1938, six months after the annexation, the League of Nations revealed that in March the Soviet Union had unsuccessfully attempted to rally Britain and France to join the USSR to prevent Austria’s demise.

Spaniard double agent Joan Pujol Garcia had the rare distinction of receiving anIron Cross from the Germans and an MBE from the British during WW2.

After developing a loathing of both the Communist and Fascist regimes in Europe during the Spanish Civil War, Pujol decided to become a spy for the Allies as a way to do something “for the good of humanity”.Pujol and his wife contacted the British and American intelligence agencies, but each rejected his offer. Undeterred, he created a false identity as a fanatically pro-Nazi Spanish government official and successfully became a German agent. He was instructed to travel to Britain and recruit additional agents; instead he moved to Lisbon and created bogus reports from a variety of public sources, including a tourist guide to England, train timetables, cinema newsreels, and magazine advertisements. Although the information would not have withstood close examination, Pujol soon established himself as a trustworthy agent. He began inventing fictional sub-agents who could be blamed for false information and mistakes.

The Allies finally accepted Pujol when the Germans spent considerable resources attempting to hunt down a fictional convoy.After the initial interviews carried out by Desmond Bristow of Section V MI6 Iberian Section, Juan Pujol was taken on. The family was moved to Britain and Pujol was given the code name “Garbo”. Pujol and his handler Tomás (Tommy) Harris spent the rest of the war expanding the fictional network, communicating at first by letter, to the German handlers and later by radio. Eventually the Germans were funding a network of twenty-seven fictional agents.

Pujol had a key role in the success of Operation Fortitude, the deception operation intended to mislead the Germans about the timing and location of the invasion of Normandy near the end of the war. The false information Pujol supplied helped persuade German intelligence that the main attack would be in the Pas de Calais, keeping two armoured divisions and 19 infantry divisions there for two months after the Normandy invasion.